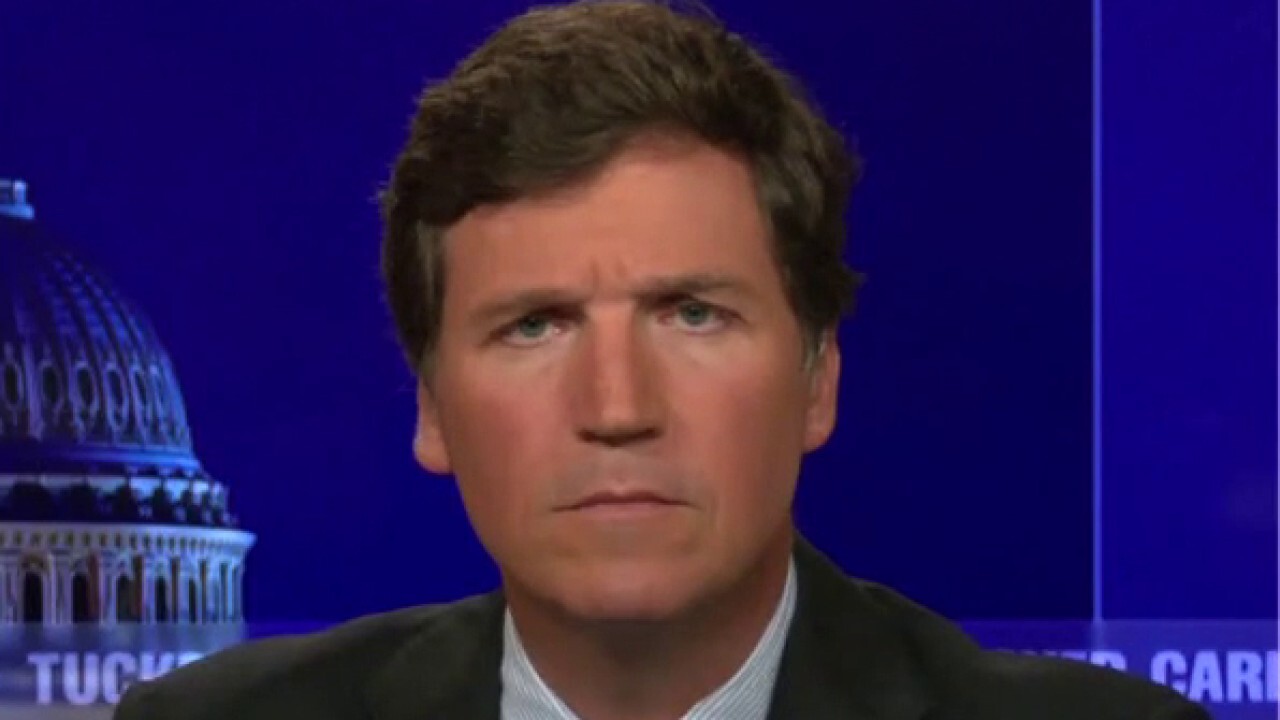 For fun sometime, give a little civics test to people in your neighborhood. Ask them, if you wanted to take over a country, how would you do it? And here’s the answer you’re likely to get from all of them: “Well, first you’ve got to get the most votes.” They’re Americans. That’s what they believe. And they believe it because that’s how things have worked in America for hundreds of years. It’s called representative democracy. But that’s not how things work in most other places, or ever have. They don’t have a representative democracy.

In most places, at most times, if you wanted to take over a country, first you had to control its military — the “guys with guns,” as Mark Milley once memorably put it. The Army is essential for political control. Government dictates have no meaning without the credible threat of force to back them up. Guns are to laws what gold is to paper currency. It gives it value. Strength. In a democratic system, the military serves and protects the entire population, no matter who they vote for. That’s what democracy is. In an authoritarian system, the army is the enforcement apparatus of a specific political party. That’s the difference between the two systems.

It’s worth remembering this, given we’re seeing happen all around the world right now. The German Defense Ministry just announced it’s dismantling its best-trained special operations unit, which is called the KSK. Dozens of KSK operators have been fired. None of them committed any kind of crime. The ruling party simply determined they weren’t loyal enough. They had the wrong political views. So they got canned. As the German defense minister, put it, the KSK has “come under the influence of an unhealthy understanding of elites.”

“An unhealthy understanding of the elites,” says the elite. Has there ever been a more revealing quote than that? In other words: “Anyone who doesn’t think we’re impressive must be fired immediately.” Sound familiar? It’s not just happening in Germany. In Australia, which until recently was a free country, politicians just called in the military to enforce their totalitarian COVID restrictions, using violence if necessary. And it is sometimes necessary. Sydney is under martial law. Now, that is a shocking attack on the Western understanding of civil liberties, the most basic civil liberties. But the Australian government, most of its media, and its intellectual class refuse to acknowledge that. Instead, they insist that the real threat to Australia is “white supremacy.” Once again, sound familiar? It goes without saying that none of this has anything to do with COVID or racism, obviously. It’s about power. That’s all it’s about.

In this country, the slide from democracy began earlier this year, just after Joe Biden’s inauguration. The new Defense Secretary, a defense industry shill called Lloyd Austin, explained that his very first and most pressing job was rooting out what he referred to as “extremism” in the U.S. military. He put the entire military on hold to do this. The question is: What is this “extremism”? What does it consist of? But Lloyd Austin never told us. And yet, if you want to know the answer, you’ll notice how very excited members of one specific political party were when they heard this news:

SENATOR TAMMY DUCKWORTH, MSNBC MARCH 18: We absolutely need to look at any type of white supremacists that are still members of the military and how they are being targeted for recruitment by whites supremacists groups and we need to weed this out. … This whole idea of a police officer on police officer violence with those officers who have been turned by white extremists is really scary to me. And I know it’s got to be scary for the other police officers.

SEN. MAZIE HIRONO, MARCH 9: I am considering legislation to create a standalone punitive article in the Uniform Code of Military Justice to address violent extremism in the ranks and to send a message of deterrence, that this kind of conduct will not be tolerated in the military.

REP DEBBIE WASSERMAN-SCHULTZ, MARCH 12: We’ve seen a lot of reports highlighting how many of the attackers were veterans. And there’s been really a growing recognition that the military has to do more to address extremism in its ranks.

“White supremacy in the military is a crisis!” said the most unscrupulous people in Washington. That, in fact, was a power grab. “No one who does not support our political party is allowed to bear arms.” That’s what they’re saying very clearly. And, because it’s the Democratic Party we’re talking about here, there’s also, needless to say, a vicious racial angle too. There always is. Rep. Steve Cohen of Tennessee explained it:

REP STEVE COHEN: The Guard is 90 some odd% I believe male, only about 20% of white males voted for Biden. You have to figure that the guard which is predominantly more conservative and I see that on my social media, and we know it, there are probably not more than 25% of the people there protecting us that voted for Biden, the other 75% are in the class that would be the large class of folks who might want to do something.

So if you’re White, you’re dangerous, says a sitting member of Congress. That was from January, the same month that Lloyd Austin announced he was cracking down on “extremism” in the military. A few months later, reading from the same song sheet, Mark Milley told Congress he wanted to root out “White rage” in the military.

Yet after all that, because we’re keeping score, to this day, we’re not aware of a single White supremacist on active duty who’s been discovered by the Pentagon and fired. Not one. That threat didn’t exist at all. It was fake. It was all a lie. Several National Guard troops were relieved of duty around Inauguration Day, although no one ever explained why they were fired. Then, a senior commander in the Space Force, Lt. Col. Matthew Lohmeier, also lost his job. Now, we know why. His crime was criticizing Marxism. That’s a firing offense now.

Then, in August, Lloyd Austin came up with a new political purity test, one designed to separate the obedient from the free – can’t have any of the latter category. Austin said he planned to fire anyone in the entire armed services who won’t submit to the COVID-19 vaccination shot. It didn’t matter whether they had natural immunity or not, as so many in the military do. Their personal moral or religious objections were totally irrelevant. The point was to bow before his authority and the authority of the Democratic Party. No excuses or exceptions. “I have determined,” Austin said, “that mandatory vaccination against COVID-19 is necessary to protect the Force and defend the American people.” Period. No debate.

So what’s the scientific justification for this? Well, of course, there isn’t any. The fighting strength of the military is young, healthy people, virtually all of them at extremely low risk of dying from COVID. In fact, to this day, only 46 members of the entire U.S. military have died from the coronavirus, over the last year and a half. Suicides kill many, many more. In just a few months last year, 156 service members killed themselves.

Military suicide is an actual crisis the Pentagon might want to address. Lloyd Austin might want to look into that. But no. That would get the Democratic Party nothing. The point of mandatory vaccination is to identify the sincere Christians in the ranks, the free thinkers, the men with high testosterone levels, and anyone else who doesn’t love Joe Biden, and make them leave immediately. It’s a takeover of the U.S. military.

This is how they’re doing it: We just obtained a PowerPoint that the Army is using to justify mandatory vaccines to the troops. In it, is the sympathetic portrayal of Satanism. “How many children were sacrificed to Satan because of the vaccine,” the slide reads, apparently sarcastically. The presentation then proceeds to list the so-called “tenants of Satanism,” which are taken straight from the “temple of Satanism” website.

So here you have the U.S. Army doing PR for Satanism. The rest of the presentation is less shocking but utterly shoddy and dishonest. For example, it falsely claims that only three people have died from taking the COVID vaccine. Reports collected by the Biden administration indicate that number is actually in the thousands. We called the Army about this today. They conceded the PowerPoint is real, troops saw it, but it was somehow “not approved by army leadership.” They did not explain how that works, or what they’re going to do about it.

We do know the vaccine mandate is taking a terrible toll on the U.S. military, and on this country’s ability to defend itself at a very volatile time in the world. Already, three members of the CIA Paramilitary teams that first entered Afghanistan after 9/11 have been suspended for not getting vaccinated. They’re being told to await disciplinary proceedings. Meanwhile, an Army officer — Lt. Col. Paul Douglas Hague — just announced he’s resigning from the military rather than take medicine he doesn’t want or need. In a statement, Hague said he was quote, “incapable of subjecting myself to the unlawful, unethical, immoral and tyrannical order to sit still and allow a serum to be injected into my flesh against my will and better judgment.”

There are many like him in the U.S. military. The Navy just informed the most famous unit in the entire U.S. military — the Navy SEALs — that members will be forced to leave if they don’t take the shot. It doesn’t matter if they have natural immunity, and many do. It does not matter if they have a valid religious or medical exemption. If they don’t submit, they can’t deploy, and they’ll have to leave the SEALs. The deadline is almost immediately.

To be clear, in case you’re wondering if this is in response to some kind of crisis: We don’t believe a single Navy SEAL has died of COVID. These are some of the healthiest people in the world, the Olympic athletes of the military. Many of them have had the virus and recovered, meaning they have more natural immunity than the vaccine could ever provide. And yet, as of tonight, we’re hearing that hundreds of Navy SEALs face being fired imminently for refusing to take the shot. Keep in mind there are only about 2,500 active-duty Navy SEALs, each of whom costs at least a half–million dollars to the U.S. government to train. Imagine the effect on our country’s military readiness. It’s horrifying. If you love the country, you would not do this. You would also not disable our hospitals by forcing our nurses to resign because they don’t want to take the shot.

You’ll notice, by the way, in the case of the Navy SEALs and more broadly the U.S. military that none of the members of Congress who claim to care about our military, they talk about it all the time — defense hawks like Liz Cheney and Adam Kinzinger, and so many others — have said a word about any of this. They have not risen to defend these guys. Because they don’t care.

This article is adapted from Tucker Carlson’s opening commentary on the September 20, 2021 edition of “Tucker Carlson Tonight.” 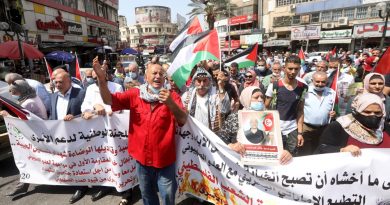 No Jewish Leader to Save Israel?