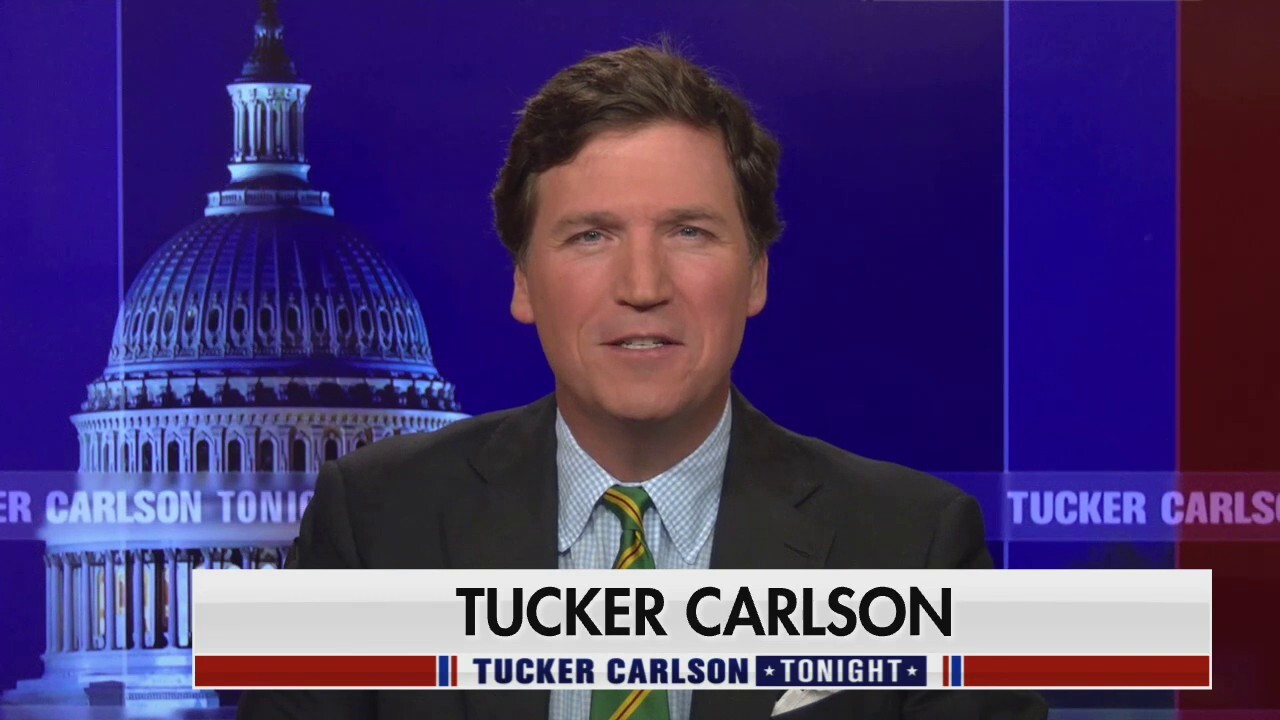 If you’d asked Anthony Fauci sixty years ago, when he was a student at Holy Cross in Massachusetts, whether he’d grow up to single-handedly control how Christians celebrate their most beloved holiday, Fauci probably would have assumed you were high — smoking that tea with the beatniks in Greenwich Village or something. Reefer madness. He would have been confused. At the time, Fauci was studying to become a doctor, not the Pope. There was a difference then. Little could he have known back in 1958 that public health would become America’s reigning religion, and he, its high priest. But life is like that. You never know where you’re going to end up.

Fast forward to the beginning of last December. Anthony Fauci was 79 years old. His 80th birthday, it turns out, was Christmas Eve and Fauci was determined to celebrate with an exhibition of authority-flexing that had no precedent in the entire history of the federal bureaucracy. No one had ever done it before, but Fauci did. He decided to unilaterally end Christmas. And so, one day on NBC News, he did.

REPORTER: A warning and a plea from Dr. Anthony Fauci.

FAUCI: to the extent possible, don’t travel, don’t congregate together.

ANTHONY FAUCI CLARIFIES CHRISTMAS GATHERING REMARKS, SAYS HE WILL BE SPENDING DAY WITH HIS FAMILY

Sacred Christian observance canceled until further notice from Dr. Anthony S. Fauci, MD. What a thrill it must have been for him to say something like that. Here’s a guy who fully expected to spend his life giving prostate exams, and there he was declaring the ancient Christian calendar null and void. Pretty amazing.

But more amazing was the reaction Fauci received when he said it. The people in charge loved it. They never cared much for Christmas anyway. All that religious talk unsupervised family time. It faintly seemed like a threat. Anthony Fauci, by contrast, was no threat at all to the people in charge. He worked for them. His job was to do their bidding, to confirm their biases, and to never, ever challenge their sense of their own moral superiority. Their job in return was to love him for it. And they did.

Drive through affluent neighborhoods in Washington D.C. to this day, and you’ll see the signs in people’s front yards: “Honk for Dr. Fauci.” “In Doctor Fauci we trust.” And above all, “Thank you, Tony Fauci.” They really do want to thank him — not for funding the gain-of-function research in Wuhan that created COVID. No. It’s bigger than that. They’re thanking Dr. Fauci for the gift of life, which he alone bestows.

What you’re seeing here is Washington’s new religion — Fauci-ism. So it shouldn’t surprise you that this year, once again, our moral leaders are asking Dr. Fauci the same question: Christmas is coming. Can we celebrate it? Before we go through the hassle of booking plane tickets, renting cars and buying presents for our loved ones, and preparing to celebrate the central holiday of the country’s biggest religion, please let us know, Dr. Fauci. Is it on or off? Have we been naughty or nice? Tell us. This year, the job of asking that question fell to an anchor at CBS News. On Sunday she asked Dr. Fauci. Here’s what he said:

BRENNAN: But we can gather for Christmas, or it’s just too soon to tell?

FAUCI: You know, Margaret, it’s just too soon to tell. We’ve just got to — concentrating on continuing to get those numbers down and not try to jump ahead by weeks or months and say what we’re going to do at a particular time.

It really depends on how you behave, whether you’re naughty or nice. At this point, “It’s just too soon to tell” whether you can have Christmas this year. And in hearing that, the news lady just nods. It’s all perfectly normal, we’ll check back with you, Dr. Fauci. Keep doing science, as only you can. And of course, that’s exactly what Tony Fauci plans to do. It’s what he’s done with his life.

Last week, Fauci had to unravel this scientific puzzle: are the hundreds of thousands of sneezing, unvaccinated illegal immigrants coming into this country every month driving a spike in COVID cases? Could that be happening? Figuring that out was his job, as a scientist. Fauci’ a scientific conclusion? Well here it is:

DANA BASH: Are immigrants a major reason why COVID-19 is spreading in the U.S.?

“No, absolutely not, Dana. The sneezing unvaccinated migrants streaming across our southern border from around the world are absolutely fine. In fact, from a public health perspective, they’re great people, like BLM rioters, but very much unlike Trump voters. In fact, these people may be the solution to this pandemic. If we’re going to beat this Covid thing, we’re going need a few hundred thousand more people from Haiti, ASAP. They know a thing or two about public health.” Thanks, Dr. Fauci.

Meanwhile, other non-religious data tell a different story. The latest figures from immigration officials show that fully 18% of illegal migrants leaving Border Patrol custody have tested positive for COVID. That doesn’t include the unknown, but very large numbers, who never wound up in Border Patrol custody. More than 25% of migrants who were “recently scheduled for some expedited deportation flights” have tested positive.

TUCKER CARLSON: CHRISTIANITY IS DYING AND BEING REPLACED BY CULT OF CORONAVIRUS

What percentage of these people are vaccinated? None. But “let’s face reality here,” Tony Fauci says. None of that’s a problem. The real problem is you, and your silly demands to see your family for Christmas! Or to be with your aging parents as they die in the hospital. That’s the problem. And how you vote.

Our public health establishment strongly agrees with this. As Tony Fauci spoke, the CDC rolled out new “guidance” to match. They cautioned that people should hold “virtual holiday celebrations” or have “socially distanced celebrations outdoors.” At the end of December.

But here’s the funny thing: not everyone wanted to hear we needed to cancel Christmas. Turns out, outside of network newsrooms, Christmas remains stubbornly popular in this country. And if there’s one thing Tony Fauci responds to, it’s public opinion. Fauci is on television almost constantly, not simply because he’s brilliant and an amazing talker, and not at all because he’s self-absorbed and loves to hear himself speak, but because it’s his job as a public health official. And so he responded this way:

FAUCI: That was misinterpreted as my saying we can’t spend Christmas with our families, which was absolutely not the case. I will be spending Christmas with my family. I encourage people, particularly the vaccinated people who are protected, to have a good, normal Christmas with your family.  But just the way all of the other disinformation goes around, you say something, talking about a landmark of a time and it gets misinterpreted that I’m saying you can’t spend family Christmas time, which is nonsense.

This is a strategy Tony Fauci has employed before. A year ago, Tony Fauci said that “herd immunity” would eventually end the pandemic. Once 60 to 70% of Americans are either vaccinated or develop natural immunity, Tony Fauci said, we’d be done. We’d be safe. Then out of nowhere, the slogans on the side of the barn got repainted, but no one acknowledged it. Fauci started quoting a higher number in T.V. interviews – he started saying 70 to 75 percent of people with immunity. Then we’ll be good. Then the number rose again. Fauci changed it to “80, 85%.”

Now, in December, a reporter at the New York Times noticed this and asked Tony Fauci about the changing numbers. According to the paper, “In a telephone interview, Fauci acknowledged that he had slowly but deliberately been moving the goalposts. He is doing so, he said, partly based on new science, and partly on his gut feeling that the country is finally ready to hear what he really thinks.”

Oh, now he’s telling us what he really thinks. We weren’t ready for it before. We just weren’t prepared for the truth. But as we grow in our faith, Fauci can lay more profundities on us.

In other words, yes Tony Fauci was lying, but it’s only because you can’t handle the truth. And the media agree with that completely. They’ve been repeating that message for months now.

JIM ACOSTA: Scientists should not be under siege like this.

JOHN AVLON, CNN: The increasing demonization of Dr. Fauci by Donald Trump and his minions in the Republicans Party, it is growing, it’s obsessive,

CHRIS CUOMO: and watch what they’re doing to Tony Fauci right now, because he is the new Hillary Clinton for them. They are making him the piñata of all of their disaffection, and their upset.

BRIAN STELTER: In one America, Dr. Fauci is trusted and even immortalized. In the other America, though, he is tarnished and distrusted. … How did Dr. Fauci of all people become a right-wing boogeyman?

But, as CNN’s media analyst pointed out, in half of America, Tony Fauci is immortalized. And that is true. It’s not just the yard signs; it’s the Tony Fauci flags, the Tony Fauci ornaments, the Tony Fauci clothing and welcome mats. You can find it all online. Now, people are getting Tony Fauci tattoos showing off the date they got vaccinated per Fauci’s orders. Some Tony Fauci disciples are literally tattooing vaccine cards on their arms. But that’s not weird. It’s just faith. On MSNBC, this is what Tony Fauci worship looks like.

NICOLE WALLACE: I could watch Tony Fauci spit truth at the disinformation elves on Capitol Hill all day long. … Tony Fauci, who under normal presidents is this trusted and usually beloved advisor who has an encyclopedic memory and knowledge. … Last night, going after Tony Fauci was predictable but still an abhorrent and brazenly political effort. … It’s the muzzling of Tony Fauci who is respected and revered I dare say in the medical community, on Capitol Hill, and trusted by the public. … But this man is a jewel. He’s an international treasure – not just a national treasure.

He’s Jesus with better shoes. The muzzling. He was only on MSNBC six times this week, you can’t stop this man! He’s god.

And you know who agrees with that? Tony Fauci does. As Tony Fauci reminded us in June, Tony Fauci is not simply an international treasure. He’s the physical embodiment of science.

FAUCI: So if you are trying to get at me as a public health official and scientist, you’re really attacking not only Dr. Anthony Fauci, you are attacking science.

There it was, the third-person self-reference. Fidel Castro in English. But that wasn’t a slip of the tongue. Tony Fauci meant every word of that. Tony Fauci is himself a devout member of the church of Tony Fauci. Look at a still photo from Tony Fauci’s home office, in the back, on the bookshelf. There are Tony Fauci prayer candles, prominently displayed inside Tony Fauci’s home. Oh. At least he’s real. Toni Fauci isn’t just the high priest of Fauci-ism. He’s also a true believer himself.

This article is adapted from Tucker Carlson’s opening commentary on the October 4, 2021 edition of “Tucker Carlson Tonight.” 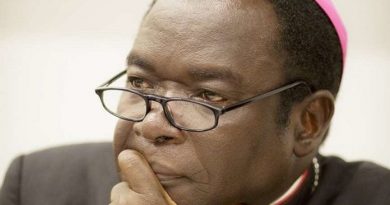 What happened on the road to heaven? By Matthew Hassan Kukah – Newsdiaryonline