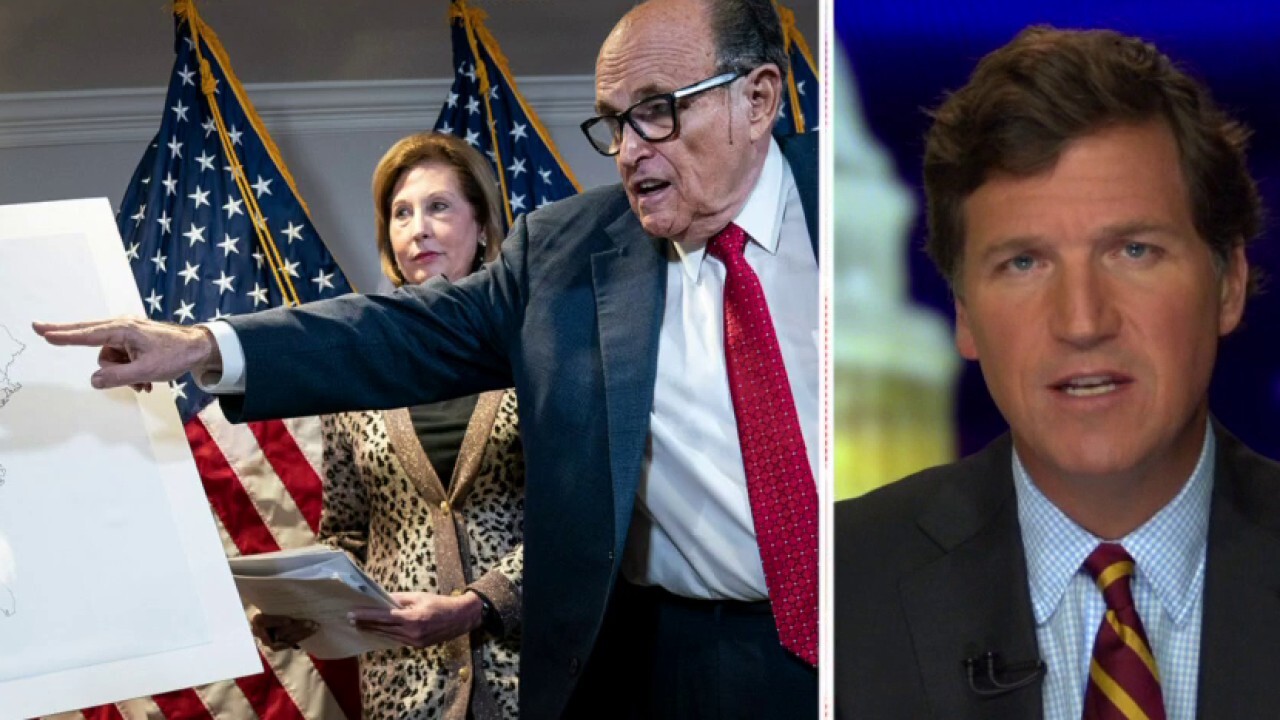 On Friday afternoon, two Michigan state legislators met with President Trump at the White House. The topic of conversation, apparently, was election irregularities in that state. Politicians coming to Washington to talk to the head of their party is pretty conventional and happens a lot.

However, apparently it is now a felony. A guy called Richard Primus wrote a piece for noted liberal blog Politico arguing that the Republican legislators should be prosecuted for their visit to the White House. Primus is a law professor at the University of Michigan, and according to him, the lawmakers were “visibly invited to a meeting where the likely agenda involves the felony of attempting to bribe a public official.”

What does “visibly invited” mean, and how exactly would Primus know that bribes were offered in the White House? Of course, Primus wouldn’t know, but it’s not like Politico is going to fact check a guy called Professor Primus. So they went with it.

It’s now a crime to talk to Trump. Everyone knows that. That’s an article of faith at MSNBC. The rest of us have been laboring under the illusion that the First Amendment still applies in this country, but MSNBC’s legal experts know better. Supporters of unpopular presidents deserve the lengthiest jail sentence possible.

MICHIGAN LAWMAKERS MEET WITH TRUMP, SAY THEY ARE UNAWARE OF INFO THAT WOULD CHANGE ELECTION RESULTS

Here’s anchor Joy Reid, a Harvard graduate who you may remember as someone whose blog was once hacked by racist, time-traveling cyberhooligans, explaining the legal standard to viewers:

REID: As he remains holed up in the White House like an end-stage dictator, refusing to concede and frankly to just go away, dissolving into unreality while the Republican Party remains silent … at this point, it’s hard to argue with lifelong Republicans like Stuart Stevens, who are calling it sedition.

Get the scaffolds ready, ladies and gentlemen! In the considered legal opinion of an MSNBC anchor quoting an unemployed, middle-aged political consultant, what’s going on right now is sedition.

That’s right, Bill Pascrell is a former mayor of a town in northern New Jersey, but he’s very upset about the idea of corruption in politics.

So much for democratic norms and the peaceful transition of power they spent four years lecturing us about. There will be none of that. They think they won, and now they want blood.

By the way, Joe Biden hasn’t spoken up against any of this. Apparently, he agrees with it. Kamala Harris obviously does. What is this, exactly? Well, it’s ugly and it’s bad. It’s also dangerous, far more dangerous than anything Rudy Giuliani could do in a thousand press conferences. Giuliani has not called for the White House to round up and imprison its political opponents, and he never will. Republicans never do.

The hacks at The New York Times tell us Republicans are facists, but who’s eager to shoot the prisoners? Here’s a hint: It’s not right wingers, it’s the other side, and it always is.

For the last four years, federal authorities, many of them openly hostile to the current administration, used the power of law to punish their political enemies. We saw it unfold right on television. They pursued process crimes like they were dangerous felonies. Why did they do that? You know why.

At one point, they sent a SWAT team and a crew from CNN to raid the home of unarmed, 68-year-old Roger Stone because they claimed he had vital information about Russia collusion. They actually told a judge that. They dragged him from his home like he was running a fentanyl lab or had stolen a tank from a military base.

And in the end, after they humiliated him and destroyed his life, we learned what we already knew. Roger Stone wasn’t part of any conspiracy. In the end, the feds were forced to downgrade the charges from “agent of Vladimir Putin” to “he may have lied to Congress once.” The whole thing was a disgrace, but so-called liberals loved it. They clapped like seals at a water park, totally delighted by this man’s suffering.

This ought to scare you, and it ought to make you worry about what happens when such ghouls take power in this country. We’ve seen it unfold all over the Third World for about 100 years. When you politicize law enforcement (and they have), when you prosecute the president’s advisers for lying but ignore the obvious lying from, say, the acting director of the FBI or the director of national intelligence, you get what we’re seeing now.

NPR CORRESPONDENT SCOTT DETROW, JUNE 2019: If you become president, if he [Trump] was never impeached, would you want the Department of Justice — now that he is no longer a sitting president — to go forward with those obstruction of justice charges?

HARRIS: I believe that they would have no choice and that they should, yes. There has to be accountability.

“There has to be accountability,” says the politician who refused to submit to a single press conference while running as Joe Biden’s running mate. The dishonesty is brazen, and you can begin to understand why so many Americans have lost their faith in our institutions, including our elections. The people managing them are dishonest and incompetent. Our leaders are demanding that we cower in our homes. While they dine at The French Laundry, they’re fantasizing about punishing you for how you voted. And if you dare to notice any of this, you’re the dangerous lunatic.

But occasionally, the media class tells the truth. Earlier this month, PBS White House correspondent Yamiche Alcindor — someone whose salary you help pay with your tax dollars, an actual employee of actual state media — admitted that the relentless focus on jailing Donald Trump and his supporters actually helps the media. The media understand their ratings will plummet if they’re forced to talk about anything other than Donald Trump. They have nothing to say and, of course, they’ll never cover Joe Biden. So by continuing to hyperventilate about Donald Trump for the rest of their lives, if possible, maybe they’ll stave off irrelevance till the mortgage is paid.

ALCINDOR: So you have President Trump selling this idea that there’s a deep state conspiracy theory against him and that he’s the number one victim in America. So if he gets indicted, if he even goes to jail, he might sell that idea to the millions of people who voted for him and he might become even more powerful. And that’s what the GOP is really scared about. That’s why you’re seeing not that many people stand up to him.

This article has been adapted from Tucker Carlson’s opening monologue on the Nov. 20, 2020 edition of “Tucker Carlson Tonight.”