Donald Trump is a master of feeding his ambition by makes the most of his country’s freedom. He excels at skirting the law and getting others to should blame for crime When local funding dried up after repeat failures, Trump found dark money readily available after the 1991 fall of the Soviet Union. The moneyed oligarchs turned Trump’s attention to Putin as his next target for expansion the faltering Trump empire..

The cagey Putin was elusive but Trump courted him with a Miss Universe pageant that Putin did not attend. That was followed by a Moscow Trump proposal that was still in limbo when Trump became the US President. By then, Trump’s dealings with oligarchs were so globally convoluted that a two-year investigation by Special Prosecutor Mueller remained a muddle in an archaic US policy to not prosecute a sitting President.

Russia has no such policy. It doesn’t need one. Prosecutors there are hand-picked by Putin and they disappear if they cross him.

American intelligence determined that Russia had a hand in Trump’s election and Putin had no worry about Trump doing his bidding. Far from it. With his new position, Trump dismissed US intelligence.and invited Russians to the Oval Office where he boasted with intelligence from a third country. American press was barred from that meeting but Russian media was welcome, perhaps to plant listening devices in the process. When alarm was raised about such a breach of norms, Trump began a terror campaign that surely endeared him with Putin..

Taking a page from the despot playbook, Trump labeled the legitimate media as “fake news,” ignoring the fact-checking and sourcing that goes into stores before publication.stories. From another page of that same book,Trump drums lies into the susceptible. Now under fire, Trump calls for retaliation, sending the highest deputies of the US government to foreign lands for dirt the American justice system.

As a last straw that finally brought on impeachment hearings, Trump held back money from Ukraine that Congress had allocated. It was a shakedown to extract dirt on a political opponent. It came at a time when Russia had already annexed Crimea and was encroaching further on Ukraine. The money that Trump held back was intended to help Ukraine fight off the Russians.

America has a scrupulous legal system. It is so careful about protecting the rights of the accused that Special Prosecutor Mueller could not indict an American who was clearly implicated in misconduct.

Any collusion between Trump and Putin to manipulate Ukraine for mutual gain may be difficult to prove. It cannot, however, be taken off the table. It hangs in the air and in the very real realm of possibility.

Trump has the shameless chutzpah to try anything to get ahead of everybody by any means. From the Oval Office, he is not even using his own money to send his shadow government figures around the world to smear his own government. The goal is vengeance, either against current perceived enemies or those in the past who crossed him. The point is to prove the strength of his wrath.

Putin apparently approves of Trump’s Oval Office mode of governing the freedom loving US. He may have provided guidance during the impromptu meetings closed to American media and overseers charged with maintaining the protocols that keep a complex US government system running smoothly.

With Trump in the Oval Office, the crafty Putin has a new use for him. He once shunned the transparently self-serving Trump, Now he has the ultimate American dupe.

Trump wants money and he wants to stay in power to keep it coming. Putin has plenty of money with his country’s lax laws letting oligarchs spread their wings across the world with skills they learned during the Soviet occupation of half Europe.

Together they can rule the world, they may be saying during their secret chats. Those, however, are only secret to America. Putin has records. Trump has none.

Perhaps the Ukraine impeachment probe will inspire some brave Russian to leak the content of those talks The US will then have to protect the Russian hero with its whistleblower laws.. 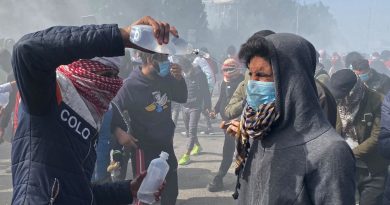