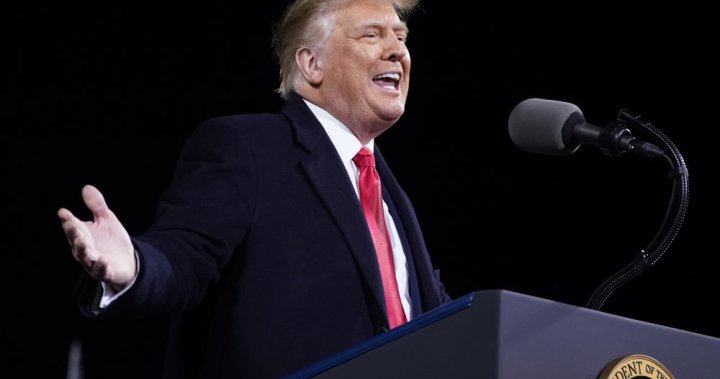 His time in the White House rapidly ending, President Donald Trump is rewarding some supporters and like-minded allies with the perks and prestige that come with serving on federal advisory boards and commissions.

On Thursday, Trump announced his intention to nominate two authors who wrote books that flattered him to a board that makes recommendations on education research. Another author who helped write a favourable book about the president was chosen for the same board a few days earlier.

On Wednesday, the Department of Defence announced that China hawk Michael Pillsbury would become the chair of a board that gives Pentagon leadership advice on how to enhance national security. Pillsbury has served as an outside adviser to the president on China.

And on Tuesday, Trump said he would appoint his former counsellor and 2016 campaign manager, Kellyanne Conway, to serve on the board of visitors to the U.S. Air Force Academy. Going to the same board will be Heidi Stirrup, an ally of top Trump adviser Stephen Miller. She served as a White House liaison at the Justice Department and was told to vacate the building when top department officials learned of her efforts to collect inside information about ongoing cases and the department’s work on election fraud.

Transportation Secretary Elaine Chao was among the appointees to the board of trustees at the John F. Kennedy Center for the Performing Arts. She’s also married to Senator Majority Leader Mitch McConnell, R-Ky.

Matt Schlapp, chairman of the American Conservative Union and a perpetuator of Trump’s false claims of election fraud, will become a member of the Library of Congress Trust Fund Board.

It’s not unusual for outgoing presidents to make a flurry of appointments to boards and commissions before leaving office. With three days to go in his tenure, President Barack Obama named senior advisor Valerie Jarrett and national security advisor Susan Rice to the Kennedy Center board.

Paul Light, an expert on the federal bureaucracy and a professor at New York University, describes the practice as “unseemly” and said that every administration does it.

“But nobody does these things with more politicization than Trump,” Light said.

The positions that Trump has filled in recent weeks are generally on advisory boards in which members go without a salary, though they get reimbursed for travel expenses. The positions have what Light describes as “gorgeous resume value.”

The number of advisory board positions has ballooned over the years. Light said that he believes past administrations have put in sincere work to match up people with the kind of credentials and experience Congress envisioned when it created those boards. He doesn’t see that same effort now.

Read more:
COMMENTARY: COVID-19 ended Trump’s presidency after one term — and here’s why

“This is all favours repaid and favours earned,” Light said of Trump’s picks.

The White House did not respond to a request for comment about what the president is seeking to accomplish with the appointments and how he thinks they would enhance the work of the federal government.

Among the most consequential of the wave of appointments has been with advisory boards at the Pentagon.

There was Pillsbury’s appointment to the Defence Policy Board. In addition, the Pentagon announced the previous week that Corey Lewandowski and David Bossie would serve on a separate entity, the Defence Business Board. That board provides the Pentagon’s leadership with outside private sector perspectives. Lewandowski was the first of Trump’s three campaign managers in 2016. Bossie was tasked with helping the campaign’s legal challenges contesting this year’s presidential election.

They serve at the pleasure of the administration, so President-elect Joe Biden could move to replace them quickly.

In another recent move, Trump picked global warming skeptic David Legates to serve on the President’s Committee on the National Medal of Science.

Legates co-wrote an article in April that stated: “Actual hurricane, tornado, sea level, flood, drought, and other historic records show no unprecedented trends or changes, no looming crisis, no evidence that humans have replaced the powerful natural forces that have always driven climate and weather in the real world outside the modelers’ labs.”

He’ll be among 12 scientists and engineers appointed to award the medal given to those who make outstanding contributions in the physical, biological, mathematical, or engineering sciences.

In September, Trump told California leaders struggling with the worsening wildfires associated with global warming that the climate would “start getting cooler” again. “You just watch,” he added.

Light said some of the picks struck him as Trump declaring: “I’m on my way out and I’m going to slap you one more time. … You laughed at me on the way out, but I got the last decision.”