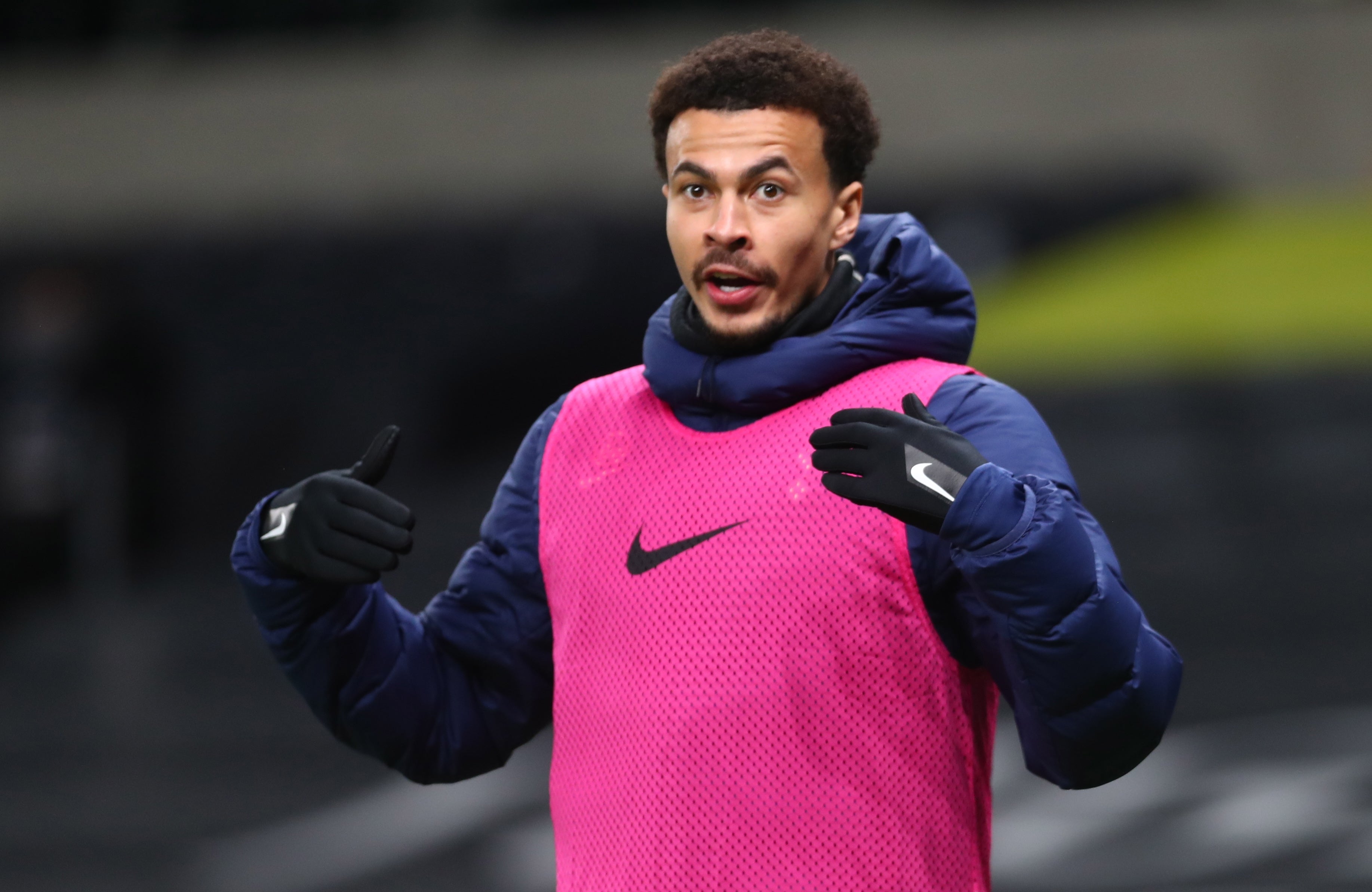 Welcome along to Monday’s transfer news live as we follow all the latest rumours, gossip and done deals from the Premier League and around Europe, as a January exodus brews with stars from Arsenal, Manchester United, Tottenham and more looking to find first-team football away from the English top flight.

Dele Alli is pushing for a departure from Tottenham Hotspur and could get his wish with a move to Paris Saint-Germain this month, where his former Spurs manager Mauricio Pochettino is in charge. Pochettino, who is currently isolating after testing positive for coronavirus, enjoyed a positive relationship with Dele during his time in north London and is reported to be keen to add the England international’s firepower to an already superb attack which includes Neymar, Angel Di Maria and Kylian Mbappe, while Dele searches for first-team football ahead of this summer’s rearranged Euro 2020.

Manchester United could also see a midfielder walk out the door as Juan Mata weighs up the possibility of a return to Valencia. Mata began his professional career at the Liga club as a teammate of David Villa, having come through the ranks at Real Madrid, but financial difficulties forced Valencia to sell their top stars and Mata has made a fine career predominantly in England with Chelsea and United. Now he could be returning to Spain, according to the Sun.

Mesut Ozil will be announced by Fenerbahce today after flying to Turkey to conclude the deal. Ozil has been pushed out by Mikel Arteta at Arsenal, excluded from the Premier League squad, and his seven-year stay in north London comes to ignominious end as he exits via the back door on a free transfer. Follow all the latest developments below.

Real Sociedad have no intention of selling Robin Le Normand, despite talk of interest from Manchester United.

Grada3 report that the Premier League leaders will have to meet the 24-year-old defender’s €75m buyout clause if they want to sign him this month.

And the Spanish club are expected to be equally reluctant to negotiate in the summer, with Le Normand considered one of their most indispensable players.

“I don’t think there’s any ‘when did it start to go wrong’, Fikayo’s a developing player. As a squad, we had four centre-backs last year, and you can’t play four in one game,” Lampard said, quoted by Goal.

“And you try to find consistency at different times. At one point Fikayo was in that, and then later on not so much. And this year we have five centre-backs, so the predicament is difficult for centre-backs who are not playing regularly.

“And that’s why he may go out on loan for his development, he’s a young player and he’s had a huge rise in the last two or so seasons since I’ve been working with him, and that will continue, and we’ll find the best path for that.”

SALAH INSISTS HIS LIVERPOOL FUTURE IS IN ‘HANDS OF THE CLUB’

Mo Salah has eased concerns surrounding his Liverpool future but admitted he is unsure about the likelihood of a move elsewhere.

The Egyptian has recently been linked with Real Madrid after reports emerged that he was unhappy at Anfield.

Those claims have since been refuted, and Salah has reiterated his commitment to Liverpool.

Former Arsenal striker Kevin Campbell has claimed the club would be wise to let Eddie Nketiah leave if a suitable bid comes in.

The 21-year-old striker has been on the periphery under Mikel Arteta this season, leading to speculation of a potential move to West Ham.

“With Martinelli back in the frame as well, West Ham might be a good opportunity for Nketiah to leave whether it be on loan or permanently, and I can see it happening,” Campbell told Football Insider.

“Arteta has to chop and change that squad. There are a couple of tough decisions coming up.

“If you can get £20m for Nketiah, that could be put to good use somewhere else in the squad. There is more of a need in other positions so I think it is business that the club might do.”

West Ham and AC Milan are considering a move for Barcelona left-back Junior Firpo, according to ESPN.

The Blaugrana are reportedly open to selling the 24-year-old, although Milan would rather do an initial loan deal.

There is also the issue of Barcelona’s upcoming presidential elections, which are complicating the January window.

Leeds could look to sign Fiorentina midfielder Erick Pulgar on loan until the end of the season, according to Italian outlet La Nazione.

The Whites are believed to be searching for a new midfielder to provide cover for Kalvin Phillips.

But they could face competition for the signing of Pulgar from Serie A side Torino.

NEVILLE IDENTIFIES WHERE UNITED MUST IMPROVE