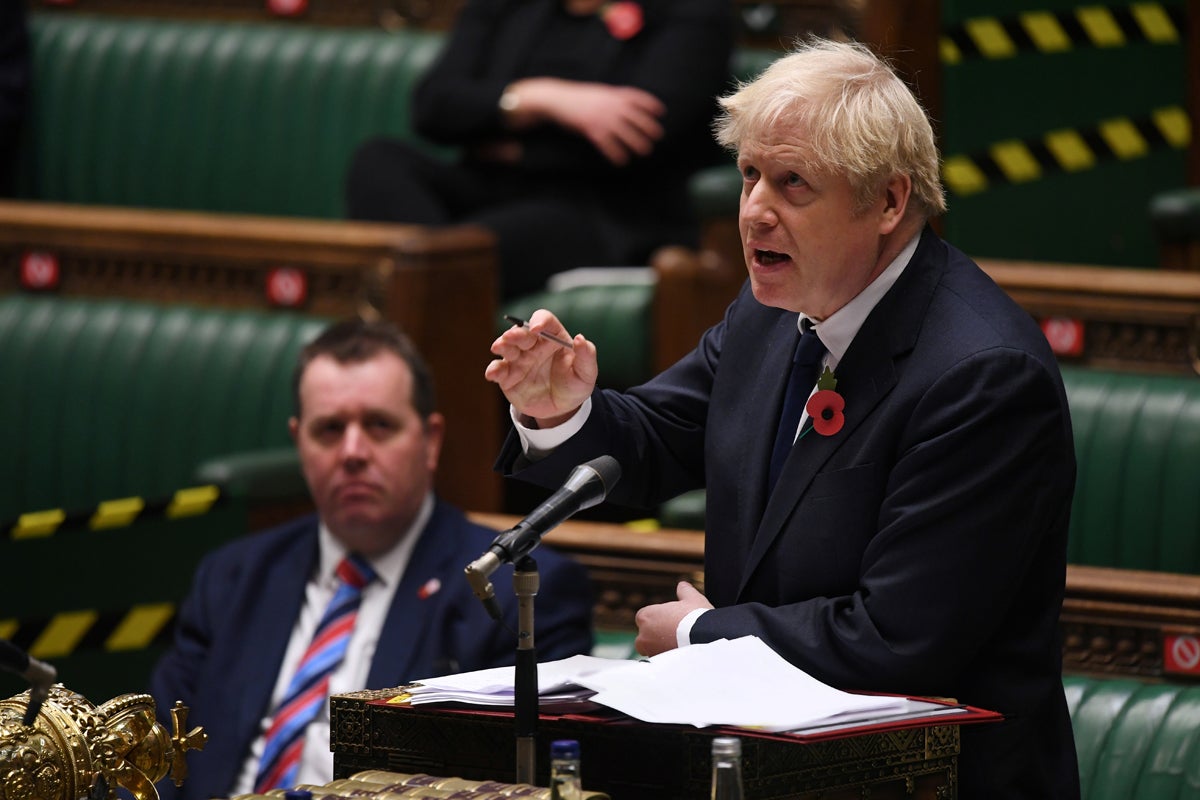 Conservative MPs could still vote against Boris Johnson‘s coronavirus measures despite attempts to placate them with looser restrictions, the prime minister has been warned.

MP Steve Baker, who leads the 50-strong Coronavirus Research Group caucus, said he was “reassured” by the planned lifting of limits on retail, sport and religious services and but that it might not be enough to secure the support of his colleagues.

While such a rebellion would be embarrassing for the prime minister, Labour’s support for the government means there is little chance of the measures actually being defeated.

“This is a major infringement on a right to a family life. I’m looking at the European Convention on Human Rights as I speak to you,” the staunch Brexiteer told BBC Radio 4’s Today programme.

Mr Baker said the sceptical MPs wanted the government to release an impact assessment balancing the costs and benefits of new measures.

“We’ll have to hear what the prime minister says before we decide how we’re voting. But there is of course a danger that colleagues will vote against,” he said.

Some Conservative MPs oppose coronavirus measures on civil liberties grounds, while others claim they are ineffective or that the economic costs of stopping the virus are not worth it.

“We are reassured. We talked about outside sport, 10pm curfew, retail, gyms, swimming pools, worship is very important,” he said.

“But I should say in a sense I’m not wholly surprised because we did talk with ministers last week and they knew our concerns. We are still working in a collegiate fashion.

“But it’s still the case that where there are restrictions we do want to be sure that they are going to have an impact on slowing the impact of Covid, and we want to know whatever is proposed will save more lives than they cost.”

As well as loosening restrictions on some sectors, the government has announced it is looking at not requiring people to self-isolate if they come into contact with someone with the virus.

Instead, people will be asked to take regular tests to ensure they have not contracted the disease. Health Secretary Matt Hancock said the system would be rolled out to NHS staff next month and that a wider pilot could follow in the New Year.

England is currently in a four-week lockdown set to send on 2 December, when the government will introduce a new tiered system. The system will be different to the previous tiered system, with stronger restrictions on hospitality expected.

Boris Johnson is expected to announce details of the new measures later on Monday.