Just minutes before Justice Sean Dunphy sentenced Borislava Filipovic to life in prison with no chance of parole for 10 years — the harshest sentence available for someone convicted of attempted murder — the judge asked the former nurse if she had anything to say to the court about the brutal attack she inflicted on her baby girl in June 2019 that left her child with cerebral palsy, unable to talk and walk.

Filipovic, wearing a black suit, her long, brown hair hanging loosely, stood up in the prisoner’s box of the downtown Toronto courtroom and said “no,” showing no emotion.

It would be the anti-climactic but not surprising end to a painfully sad case that detectives and Crown attorneys say they will never forget.

The 36-year-old was acquitted of the aggravated assault of her mother, suggesting the jury did not believe Borislava acted alone. It took the jury just eight hours of deliberations to reach a verdict after a three-week trial.

It was June 12, 2019 when Ela, Borislava and Ivanka were found unconscious in the family apartment on Lake Promenade in Etobicoke. Ela’s grandfather, who was out of the country, called a neighbour and asked him to check on his family when he couldn’t reach them. Ela, her mother and her grandmother were all unconscious. They had all been injected with insulin.

A suicide note was also found at the scene addressed to “Canada,” blaming the country and the judge for a recent family court decision to give Ela’s ex-husband supervised and limited access to their daughter. The note was signed by Borislava Filipovic and ended with “p.s. some people’s destinies you will never control.”

Borislava, a nurse at Trillium Hospital, was arrested and charged days later and has been in custody ever since. The judge called the prolonged attack on Ela “a careful and meticulous and planned response to the decision of the courts to give the child’s father access to his own daughter.”

Filipovic was a nurse @THP_hospital. In the #Etobicoke apartment where Ela was discovered unconscious were 5 empty insulin pens with labels from the hospital. Borislava and her mother Ivanka Filipovic were also found unconscious but survived. A suicide note was left. pic.twitter.com/MeFFFSbzcY

The judge said the mother was a valued and skilled employee who violated the trust of the hospital by stealing insulin pens, needles and caps two days prior to the crime in order to carry out her plan.

Borislava had sole custody of her daughter and was entirely dependent on her mother. Her ex-husband had not seen his child since she was three months old.

“Ms. Filipovic attacked her daughter and persisted that attack for what was inevitably an extended period of time. There were nine puncture wounds on Ella’s thigh,” Dunphy told the court, also speaking about her failure to get help for her own child.

“Ms. Filipovic left Ela alone in her crib, lapsed into a coma and started a long slow process of starving her brain cells of critical portions of the blood sugar she needed to survive. Ms. Filipovic had the opportunity to assist her daughter after she was assaulted. She chose not to do so and left her to die in a urine-soaked set of pyjamas.”

While Ela did not die, court heard she spent six months in hospital and was left with a traumatic and debilitating brain injury.

“Ela has been condemned to a life in prison in body and will be increasingly wracked with pain and suffering as she continues to grow,” Dunphy said.

The child, who is now nearly three, uses a wheelchair. She may never learn to communicate. She suffers daily seizures and is at risk of choking on her own saliva.

“Ms. Filipovic’s crime was intended to kill Ela. Instead, it has resulted in the slow torture of her daughter until death,” said the judge, acknowledging that her life will certainly be cut short due to the injuries she sustained.

While defence lawyers asked for enhanced credit for pretrial custody due to harsh conditions and ongoing lockdowns, the judge denied that request, only giving the mother one-to-one credit for the three years, two months and 25 days she’s spent at Vanier Centre for Women, a correctional centre in Milton, since her arrest.

“Anything less than a life sentence in this case would not be fit. There is no evidence lockdowns have resulted in any harm. This is the harshest sentence that can be imposed in these circumstances,” said Dunphy.

“The degree of responsibility and the moral blameworthiness of the offender in this case approaches that of first-degree murder so closely as to be almost indistinguishable. Ela did not die that day but when she does, there will be no doubt that her mother’s selfish and spiteful actions were the cause.”

Along with the life sentence, Borislava was sentenced to 10 years to be served concurrently for the attempted murder of her mother. An order was also made preventing the mother from having any contact with her daughter, her ex-husband, his family and her mother. She is also ordered to submit her DNA and has a lifetime weapons prohibition.

The judge noted that Borislava also made comments to a social worker conducting a pre-sentence report that once released, she intends to continue her fight for custody of Ela.

“Ela needs to be protected from her mother. Her caregivers, Ela’s father and his parents and indeed the society at large are also bearing the burden of dealing with the consequence of this crime.”

Borislava Filipovic was led out of the courtroom in handcuffs as Crown attorneys Alice Bradstreet and Andrea MacGillivary embraced in a hug, clearly satisfied with the sentence.

“The judge said it’s the harshest sentence he can hand down so he can clearly see what this monster did to Ela. Some justice was done for this poor child.”

Driver, 22, celebrated with champagne after being cleared over her part in M1 crash 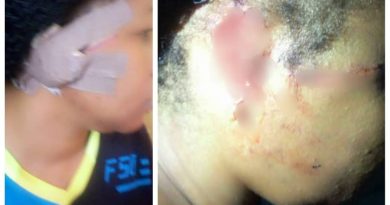