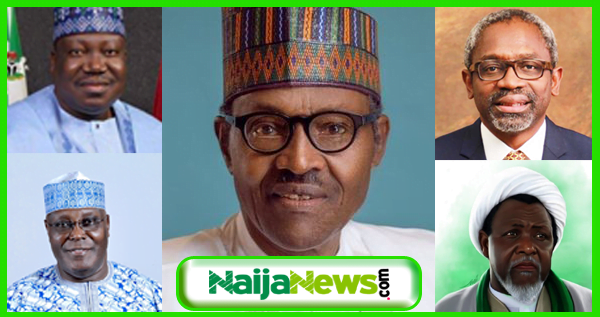 Buhari commissioned the project in a virtual ceremony from Abuja. According to a statement from the presidency, the development is coming after more than 30 years of delay.

The President expressed confidence that the project, which serves as a vital link of South-South geopolitical zones of the country to the Northern zones, would be completed during the tenure of his administration.

A high court in the northern Nigerian city of Kaduna has ordered the continuation of the trial of the country’s Shi’ite leader, Sheikh Ibrahim Zakzaky.

Sheikh Zakzaky and his wife Zeenatu have been in custody since 2015 after more than 300 followers were killed in a clash with security forces in Zaria.

The military said it opened fire on its followers in response to an attempt to attack the convoy of the army chief.

Zakzaky’s lawyer, Mr Femi Falana, has asked the court to dismiss the charges against the Shiite leader.

However, the judge ruled that this was not possible because he had not finished hearing the case and had not ruled.

Zakzaky and his wife are standing trial on eight-count charges of culpable homicide, criminal conspiracy, unlawful assembly and disruption of the public peace, among others.

Elzakzaky and his wife have denied the allegations. The judge adjourned November for a further hearing.

The Independent Corrupt Practices and Other Related Offences Commission (ICPC) has clarified that the Federal Ministry for Humanitarian Affairs, Disaster Management, and Social Development is not involved in the school feeding fund scam it discovered.

It also freed the Minister in charge of the Ministry, Hajiya Sadiya Umar Farouq of any form of guilt in the management of the said fund.

Naija News recalls the ICPC chairman, Professor Bolaji Owasonoye in a presentation on Monday during the National Summit on Diminishing Corruption, highlighted that part of the N2.67billion meant for the school feeding programme was diverted to private accounts.

Shortly after he made the submission, some reports started claiming Hajiya Sadiya Farouq, the Minister for Humanitarian Affairs, Disaster Management, and Social Development, as well as her Ministry, are linked with the diversion of the school feeding funds.

She, however, moved quickly to distance herself from the mismanaged funds through a statement released on Monday by her media aide, Nneka Ikem Anibeze where she explained that the fund mentioned by Owasanoye is not handled by the ministry neither does it pass through the Minister.

Farouq’s position has been corroborated in a statement on Tuesday by the ICPC where the anti-corruption agency explained that the fund spoken of by its chairman “is NOT the Home-Grown School Feeding Programme being managed by the Federal Ministry of Humanitarian Affairs, Disaster Management and Social Development.”

It explained that the “school feeding” referred to by the Chairman of ICPC was the feeding of boarding students in Federal Government Colleges, who were all at home during the COVID-19 lockdown.

A commercial court in London has ordered the release of a $200 million guarantee as security to be paid to the Nigerian government in the P&ID $10 billion arbitral claim.

P&ID had sought to increase the security to $400 million, but the court presided over by Judge Ross Cranston rejected the request and ordered cost of £70,000 against P&ID in addition to an award of £1.5 million earlier in September.

The £1.5 million was to cover legal costs the Federal Government incurred as part of its successful application for the extension of time to challenge the arbitration award and procedural hearing earlier in the year.

According to a tweet from the Central Bank of Nigeria (CBN) on Tuesday, the court also awarded £70,000 cost in favour of Nigeria in addition to an earlier award of £1.5 million.

The Speaker of the House of Representatives, Femi Gbajabiamila has ordered for the withdrawal of the National Water Resource Bill.

He gave the order following a motion by Rep. Benjamin Mzondu representing Makurdi/Guma Federal Constituency. Mzondu had argued that since the Bill was set in motion, it had been met by public outcry and its breach of House’ Rules.

Mzondu cited Order 6, Rule 1(1), 2 and 3, as he argued against the transmission of the Bill to the Senate and its finally becoming law.

The Speaker thereafter granted his prayers by saying, “fundamental issues have been raised by Hon. Mzondu. He has backed them up, with a clear language, that such bills, must be re-gazetted”, Gbajabiamila said.

The All Progressives Congress (APC) has appointed a six-member high-level reconciliation committee for the party’s Ekiti State Chapter.

The committee chaired by the Governor of Kaduna State, Nasir Ahmad El-Rufai was inaugurated by the Secretary of the APC Caretaker Committee, Sen. John James Akpanudoedehe at the Party’s National Secretariat in Abuja.

Below is the full membership of the reconciliation committee as made available to Naija News in a statement on Tuesday by Yekini Nabena, APC Deputy National Publicity Secretary.

The Ekiti APC has been factionalized with two different laying claims to the party’s leadership.

The Federal Government of Nigeria has officially declared Thursday, October 1, 2020 as a public holiday to mark Nigeria’s 60th Independence Anniversary.

This was made known by the Minister of Interior, Rauf Aregbesola in a statement on Tuesday which was signed by the Permanent Secretary of the Ministry of Interior, Georgina Ehuriah.

8. President Buhari To Present 2021 Budget Proposal To NASS Next Week

The President of Nigeria, Muhammadu Buhari will present the proposed 2021 national budget to a joint session of the National Assembly next week.

This was disclosed in Abuja by Senate President Ahmad Lawan during his opening remarks to Senators on Tuesday.

The Senators returned to the chamber after their eight- week annual vacation.

Former President of the Appeal Court, Justice Ayo Salami has debunked the report that he regrets heading the Presidential panel set up to investigate Ibrahim Magu as the Acting Chairman of the Economic and Financial Crimes Commission.

Speaking via a press statement made available to Naija News, Justice Salami stated the report was false, mischievous aimed at causing mischief and tarnishing his hard-earned reputation and integrity.

Justice Salami, also said his Commission would thoroughly investigate all the allegations against Magu, “with a view to unearthing the truth and ensuring that justice is manifestly done”.

Noting that as an eminent jurist, he handled much more complex cases than the current probe of the suspended EFCC boss, the former PCA maintained that no amount of propaganda can dampen his spirit and that of other members of the panel.

A High Court sitting in Jos, the Plateau State capital has dismissed the suit by Dr Obadiah Mailafia challenging his invitation by the Nigeria Police Force.

The court in its ruling on Tuesday, dismissed the application by the former Deputy Governor of the Central Bank of Nigeria.

Naija News recalls the Police Force had in August 2020, summoned Mailafia to appear at their Abuja headquarters office in relation to an ongoing investigation.

According to the letter marked confidential, and titled ‘Re: Investigation Activities, Police Investigation’, the 2019 presidential candidate of the African Democratic Congress was expected to report at the Force Criminal Investigation Department in Abuja.

The police said the invitation was based on “investigating a case in which your name featured prominently,” hence the summons.

However, Mailafia did not honour the invitation but rather headed to court to challenge the Police order.

Mailafia has been in the news since his declaration that a sitting Northern Governor is the Commander of the Boko Haram Terrorist group in Nigeria.