WERE Nigeria not an unserious polity where issues that matter are left unattended to and inanities take centre stage, the rumoured presidential bid of Senator Bola Tinubu should not be the business of people like us in the midst of many of the challenges in the land at the moment.

But the media hounds are calling us out when we have chosen to be on our lane in a case of what our people call ‘if you said you would not laugh you would sooner see your teeth in the open’.

It’s a matter of being forced to deal with the issue as a quick matter arising before we throw it into “no comment box” until further notice.

The internet was flooded with a forged message this past weekend: “Afenifere is considering an alliance with Tinubu come 2023 to move Nigeria forward—Yinka Odumakin.”

I was credited with the statement and was called up to read it, upon which I made a call to people to disregard this work of a crooked artist. Even when my mate at Ife, Dr. Nike Akindoyo, suggested I should do a rebuttal, I initially did not think it was necessary until more and more people began to inquire about the forgery.

What actually happened? The Leader of Afenifere granted an interview to Vanguard Newspapers where he was asked about the rumoured presidential ambition of Tinubu and the old man answered that he was not in Tinubu’s party but put a rider that “we may try him”.

Days after the interview, I was on a radio interview in Ibadan and the presenter asked me if Chief Reuben Fasoranti’s statement meant Afenifere endorsement for Tinubu. I asked which serious organisation would endorse a politician who had not declared for an office three years ahead of election. I followed up that “we may try him” would apply to every aspirant in the race when the time comes before a choice is made based on what we consider to be the person who can address the most pressing issues in the land.

A national newspaper took report from the interview out of context and with authorial intrusion but not anything close to what the false propagandists pushed out in their jejune push.

We have loads of pity for anyone who thinks that a presidential ambition can be built around spins by yahoo boys and their fake news at this point; it is what our people call romancing your thigh and hoping to get pregnant.

If media guys are being sent to us and wisdom is telling us to let this child die in the mother’s hand, it doesn’t mean unpleasant words have all disappeared from the inner recesses of our mouths. We have not forgotten those who have chosen the moments they are hosting visitors to rubbish our fundamentals over the years. Neither have we forgotten those who came to our mourning ground a year ago to callously ask: “Where are the cows?”, to give comfort to Miyetti Allah and its sponsors.There is a season to pretend as if you are a fool even when you have more than the wisdom of Solomon.

It is wasteful putting on any armour in a battle where you don’t need to throw any punch. This battle is not going to end differently from where we have predicted five years ago. Only those who cannot read the tea leaves will not interpret correctly the recent kick-out of the khaki man and the indictment of the “anti-corruption” man.

The distance between those two moves and the ticket of a ruling party is like here and eternity, except we are no longer in Nigeria and the same structures we have been dealing with for decades.

It is only those who are showing up for Lesson 101 that would not know that no one gets up on his own from a certain section of Nigeria and walks into the power house. With a vacant Dodan Barracks after Murtala’s death, Obasanjo found his way to the house of his friend, S.B. Bakare, from where Danjuma led him to the seat of power in 1976.

He was in prison in 1998 when some folks took the decision he must be released to come and lead Nigeria.

Dr. Goodluck Jonathan had to borrow an Ijaw hat to appear before the “board”as VP nominee in 1998; we almost fought a war to make him succeed his late boss after which they made him sign for only a term where it ended.

A former British PM said Awo had the mental capacity to govern Britain and America, but he remains the best President we never had. M.K.O Abiola made friends all over Nigeria, but it was 20 years after his bones were rotten in the grave before Nigeria accepted he won election and named a dilapidated stadium after him.

Restoring Nigeria to federalism that we have eloquently canvassed is the surest way to make a proper country and restore dignity to all sections of Nigeria which even Gen Olusegun Obasanjo has become a convinced canvasser. In his latest Sobo Sowemimo lecture, Obasanjo said growing insurgent attacks, cattle rustling, kidnapping, robberies and the like, were clear indications that all was not well with Nigeria:

“Let me lay more emphasis on the issue of security, which, in itself, is serious enough to make restructuring imperative. The South-West governors cried out and devised ‘Amotekun’ as a solution or part-solution. We are yet to see how successfully that will be operated.

“Other zones are clamouring for a solution because in no state and in no geopolitical zone is life and property safe and secure. Criminality is the order of the day. And it cuts across the entire nation. Insecurity is one issue of commonality among Nigerians, no matter their tribe, language, religion, geographical location, gender, age or social position.

“If we are all held hostage by criminality of Boko Haram, terrorists, herdsmen/farmers, bandits, kidnappers, militants, armed robbers, then we all have common ground to seek common solution by putting aside governance collapse, incompetence, failure, insincerity and insensitivity and chart a new stable, enduring and generally sustainable basis and platform for the Nigeria federation.

“My personal conviction is that with the experience we have had operating the current Constitution where we have seen some important aspects of the Constitution being breached willfully and wantonly, and with the centre seemingly being overwhelmed by the issue of security, with crying need from different quarters for reform of the basic structure of Nigeria’s federating units, there is need for the repositioning of our country for the purpose of unity, equity, competence, good governance, security, stability, healthy competition, justice, fast socio-economic development and making Nigeria undisputed regional leader.”

We hold our popcorn at the ringside and we watch how far these guys can go in this game. It is not a bad thing if we are proved wrong once, but we fully know what we know.

For some season to come and go, we say “no comment” to inquiries on these guys and their dreams. But in the meantime, we can only encourage these guys to up their game and get professionals to manage their affairs. These cheap spinnings do not show a very serious bunch going for such office. Well, is Nigeria’s highest office still a serious affair really?

The suit against President Buhari

I AM more than happy to learn from the newspapers of June 23, 2020 that the Southern states, in conjunction with the Middle Belt zone, have jointly sued President Muhammadu Buhari for N50 billion as general damages for his lopsided appointments into very many sensitive Federal offices as against the laid down principle of Federal Character in the Constitution of the Federal Republic of Nigeria as amended.

To be sincere, President Muhammadu Buhari ought to have been impeached by the defunct Eighth National Assembly, but unfortunately, the leadership of that Assembly was, itself, immoral and therefore, lacked the courage to initiate the impeachment of the President. I thank our most patriotic leaders who have taken it upon themselves to expose the destabilisation policies of this unfortunate APC-led Federal Government headed by Buhari who has unremorsefully further polarised our fragile nation along tribal and religious divides.

I just want to add the following to the many nepotistic appointments made by President Muhammadu Buhari being challenged in the court of law by the South and the Middle Belt regions. According to media reports, the Managing Director of Nigerian Ports Authority is one Hadiza Bala Usman (a woman); the General Manager (Human Resources) is Mr. Yahaya Bukar; while the Executive Director (Finance/Admin.) is Mohammed Bello-Koko.

One Ja’afaaru Ahmed is the Comptroller-General of Nigerian Prisons Service now Correctional Service, while  Alhaji Ahmed Idris is the Accountant-General of the Federation. In the same vein, one Mrs. Aisha Dahir-Umar is referred to as the Acting Director-General of the National Pension Commission, just as one Mallam Umar Salihu Gonto was mentioned as the Managing Director of Federal Housing Authority.

All these could not be anything but nepotism of the highest order which unfortunately has further widened the mistrust and suspicion between the North and the South. How I wish the demanded N50 billion as general damages could be raised up to N500 billion. The money is there but which the APC-led Federal Government has callously allowed to be looted left, right and centre by mediocres. Kudos to all the plaintiffs and their counsels. Success shall be yours in Jesus Name. 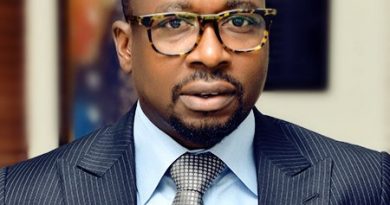 10 years of the Local Content Act: An operator’s appraisal 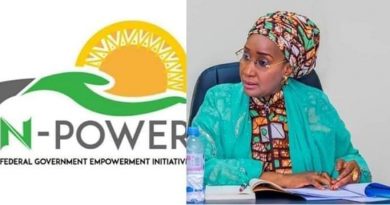