The two rivals meet in the Premier League on Wednesday night, but the gulf between them has never been bigger.

In 2019, former Super Eagles captain John Mikel Obi threw shade at Arsenal’s lack of trophies. The Stoke City midfielder told the children at his football foundation clinic not to join the Gunners.

Two years after he said this, no truer words have been spoken. The two London rivals go into tonight’s Premier League with contrasting fortunes.

Although Manchester City and Liverpool have been head and shoulders above the rest in the last two years, Chelsea are not far behind.

However, for Arsenal, they keep sinking into a new low every season. Even more, they don’t play attractive football anymore.

This season has been the worst for the Gunners in over 25 years. It should be noted that Arsenal’s decline started in Arsene Wenger’s last season- the man who brought them success this millennium.

However, since Wenger left, things have deteriorated at the Emirates. They’ve not qualified for the Champions League since the 2016/2017 season.

Unai Emery replaced Wenger and led them to the Europa League final in 2019, but they were well beaten by Chelsea.

A few months later, the Spaniard was sacked and replaced by Mikel Arteta. Arteta’s appointment brought renewed hope for Arsenal fans, who believed he’s the man to take the team back to the top.

The former Everton started well, winning the FA Cup last season, and it was hoped he would build on from that success.

But that’s not been the situation. This season has turned out to be Arsenal’s worst in 25 years. They are on course to finish outside Europe as they currently sit in the ninth position with three games to go.

Arsenal also suffered the humiliation of losing to a Villarreal side managed by Unai Emery in the Europa League semifinals.  They lost to Southampton in the FA Cup- the only competition they’ve won in recent years.

Meanwhile, Chelsea have been on the up since 2019- even though they’ve changed managers on two occasions.

The Blues won the Europa League in 2019 but sacked Maurizio Sarri immediately after. Club legend Frank Lampard took over, and he did well by leading the team to a top-four finish.

Lampard was unable to sign players in his first season due to Chelsea’s transfer ban. But he was backed heavily this season.

However, he lost his job at the turn of the year following a drop in performances from the team. Thomas Tuchel was brought in as his replacement, and it has turned out to be a genius move.

Tuchel’s impact is clear to see, with Chelsea currently in the Champions League and FA Cup final, while they are well-placed to finish in the top four.

It can only get better for the Blues, but for Arsenal, the future looks bleak as they are gradually falling behind the rest of Europe’s top clubs. 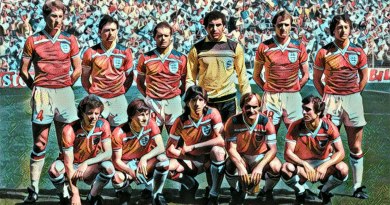