“A love story, and a coming-of-age story. As well, it’s a reminder of the importance of recalling the past and facing past griefs. Eddy’s final revelation is shattering but it’s also redemptive. Subtle, intense, very funny and very sad, this is a richly layered novel written with elegance, style and love”: from a rave review  by Paddy Richardson, this week at ReadingRoom.

Crime thriller set in Auckland. From a review by Louise Ward, in Hawkes Bay Today: “O’Malley is a gambler with a side interest in finding stuff out. He’s gained a reputation as an amateur but reliable sleuth..When a distraught father comes to him for help in finding his teenaged daughter, O’Malley agrees. to help. This leads him straight into a situation he was not expecting involving gangsters and a teenaged boy named Jesse who has watched too much Breaking Bad…There are car chases, guns, shivs, underworld crime and intrigue. It’s a page-turning read.”

6 Mrs Jewell and the Wreck of the General Grant by Cristina Sanders (The Cuba Press, $37)

Number one in its first week, deservedly so; Vance’s anatomy of the National Party’s leadership crisis is solidly reported, full of gossip and comedy, and populated by many, many wretches. From my review at ReadingRoom: “Power corrupts. Absolute power corrupts, imaginatively; the Roman emperor Elagabalus (203–222 AD) smothered chosen guests to death beneath piles of rose petals. The exercises and abuses of power in Blue Blood are generally very petty although Collins, true to form, contrived to make everyone around her miserable. It’s a book of unhappiness. No one achieves greatness. No one maintains any dignity. Few had any to begin with; Hamilton East MP David Bennett appears throughout the book as a low-hanging villain, punished by Key for ‘alleged late-night antics in the Beehive’s third-floor bar’, dismissed by Chris Finlayson as a moron, and caught replying to a constituent who urged the party to roll Bridges, ‘Yeah, working on it.’ Aides and sources and staffers and even people with names toil in the background, maddened by their masters. There scuttles Matthew Hooton, Muller’s blundering amanuensis; there sighs Janet Wilson, who went to work for Collins, and foolishly offered the very thing Collins has always loathed: sound advice. All the while, the vultures in the Press Gallery keep their beady little eyes on the thing they want most in life: scalps.”

Over 70 recipes in one of the best cookbooks of 2022; garish cover.

The very best cookbook of 2022; meals for one, as prepared by a food writer for Viva and the Woman’s Weekly, who lives by herself in a small rural community, and writes, “I bought my little bach seventeen years ago, and I still live there now. The very day I moved in, I became aware of someone shouting at me from the neighbouring property. I went out to find a tall weather-beaten man leaning over the fence and muttering gruffly, ‘Thought you might like something for your dinner,’ as he passed over a small packet of locally caught whitebait. When I went back inside, surrounded by boxes yet to be unpacked, I cried grateful tears that I’d moved to a place where people gave you whitebait! It seemed the epitome of living in rural Aotearoa New Zealand. I’ve carried on this simple tradition of gifting little packets of whitebait to new neighbours over the years, though with whitebaiting becoming so questionable in the sustainability stakes I’m going to have to find another welcome gift, I think.”

Writer, comedian and gourmand  Gonzalez-Macuer is right now cooking up recipes from one of the best cookbooks of 2022 and composing a review for ReadingRoom.

Plant-based recipes in one of the best cookbooks of 2022.

What Is The Degree Of A Polynomial? 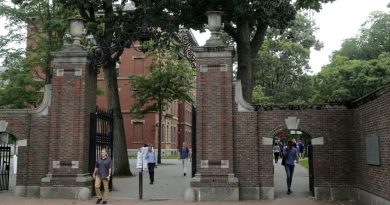