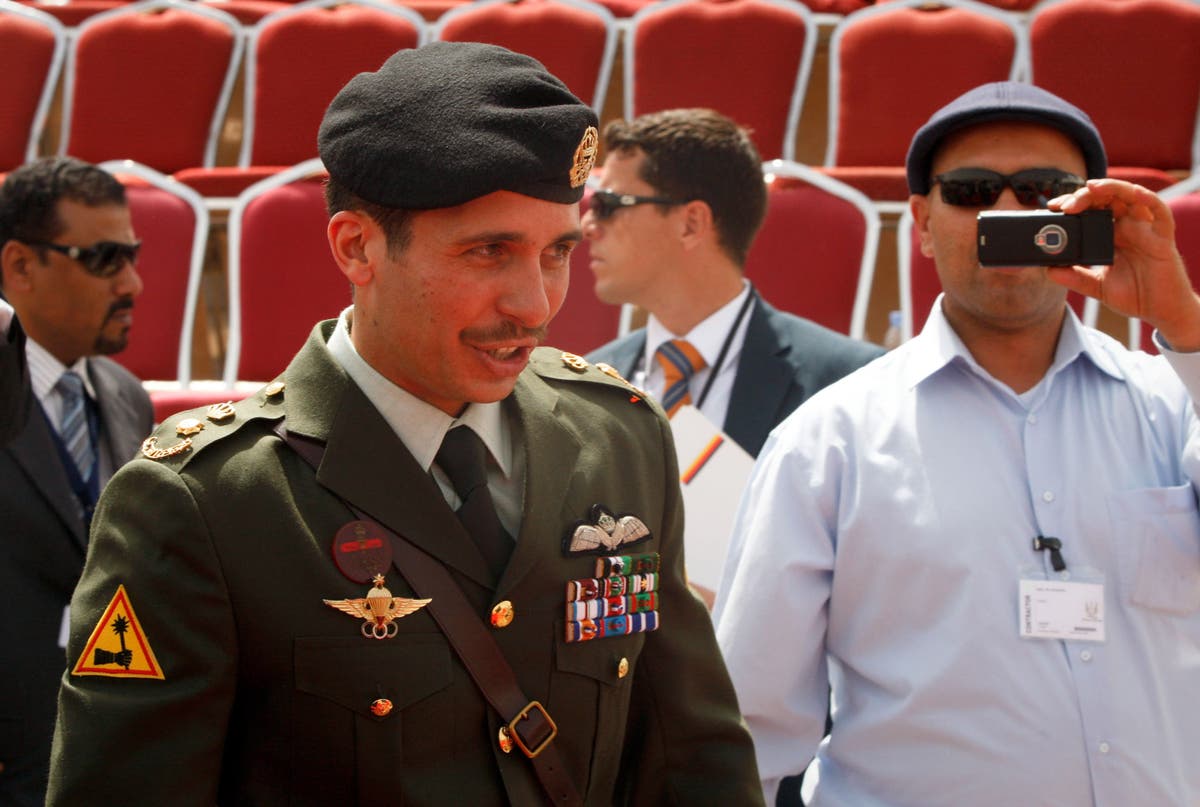 Among those who cover the Middle East, Jordan has long been unflatteringly nicknamed the “Hashemite Kingdom of Boredom” because so little usually happens there. That is, until this weekend.

On Saturday, Prince Hamzah bin Hussein, the former crown prince and a half brother of King Abdullah II, claimed in a dramatic video that he had been placed under house arrest and accused the country’s leadership of corruption and incompetence: an extremely rare public rupture in the royal family.

Then on Sunday, Jordan’s deputy prime minister, Ayman Safadi, said the country had foiled a “malicious plot” involving Prince Hamzah, who he accused of liaising with foreign and opposition parties to destabilise the country. “It was clear they moved from design and planning into action,” said Mr Safadi, admitting that Prince Hamzah had been monitored for some time. He added that between 14 to 16 others were also under arrest.

Among the detainees are senior officials, such as Sharif Hassan bin Zaid, also a member of the royal family, who served as Jordan’s envoy to Saudi Arabia, and Bassem Ibrahim Awadallah, a former head of the royal court and close aide to King Abdullah. Mr Safadi said there was a connection between them all.

Jordan has often appeared a fortress of stability in a tumultuous region blighted by upheaval and conflict. The much beloved King Abdullah, whose portrait is hung on every wall, cleverly avoided a full blown revolution in 2011, as uprisings raged across the region, by pushing through constitutional and legal reforms, promising to create tens of thousands of public sector jobs and sacking the cabinet.

Since then, headlines have been dominated by Jordan’s neighbours, including Syria, Iraq and more recently, Israel and Saudi Arabia.

But the truth is, of course, more complex. Jordan has been struggling for a while. As one of the driest places on Earth, swathes of the country regularly have no access to water. Its economy is in tatters, made worse by the pandemic, which it has struggled to handle. The rulers imposed some of the toughest lockdowns in the world, destroying businesses, but then failed to control a rising Covid-19 death rate. Last month, the country’s health minister had to resign after six people died due to a lack of oxygen at a government hospital treating Covid-19, a chilling sign of how bad the situation is.

Although the official unemployment rate is still around 25 per cent, unofficially it has hit 40 per cent, seeing dissent soar. The regime clearly feels under pressure.

Over the past few weeks and months, experts have reported an intensifying crackdown on activists, protesters and youths of all ideological stripes. As Taylor Luck, a Jordan-based expert and analyst, pointed out, Jordan even dismantled its teachers’ union, the largest organised body in the kingdom.

Meanwhile, Jordanian security services arrested scores of teachers, who were demanding that a decade-old promise of a pay rise was recognised. The message has been sent time and again that, at this vulnerable period in the kingdom, no-one will be allowed to “rock the boat” and that “Jordan’s stability is the red line” whatever their cause.

But all of that pales in comparison to this weekend. Prince Hamzah is extremely popular, not least because of his strong resemblance to the late King Hussein, his father who initially was rumoured to be grooming him as his successor.

In the final weeks of his life, King Hussein chose his eldest son Abdullah to be the next king, making Prince Hamzah, the son of King Hussein’s favourite wife Queen Noor, crown prince. King Abdullah, perhaps wary of always looking over his shoulder, in 2004 stripped Prince Hamzah of this role and made his own son crown prince.

Despite the demotion, Prince Hamzah has remained popular, especially among many of Jordan’s increasingly disgruntled and powerful tribes, who had held a slew of meetings with the prince in the lead up to Saturday’s events.

His house arrest will anger these supporters. “What makes this event different is that the figures include members of the elite, be they tribal, economic or even royal,” says Mr Luck. “This sends chills down the spines of Jordan’s elite, liberals and tribal elders.”

Experts warned that, rather than putting a lid on a potential uprising within the country, the dramatic sweep of arrests will only make it worse. “It’s coup-proofing to prevent Prince Hamzah from taking advantage of regime weakness. Sadly it will have the opposite effect,” said Bessma Momani, professor of politics at the University of Waterloo. “They arrested a popular prince and Jordanians, particularly from East Bank tribes, are now furious.”

Among the most powerful of the East Bank tribes is the Majali. They released a seething statement about the arrest of their prominent members including Yasser Majali, Sheikh Sameer Majali, as well as  several others who serve in prominent positions in the Jordanian government and military. They described the events as a “black day”, claiming the security forces stormed the houses of their relatives “like they storm mobsters and drug dealers”.

“There was no need for this action,” they added, saying that those who ordered and made the arrests “will be held liable legally and tribally”.

It’s not clear what will happen next but it’s a stark indication of how rattled the Jordan authorities are.

Given Jordan’s role as lynchpin of peace in the region, it’s no coincidence that the US, Saudi Arabia and Arab countries across the Middle East issued strong statements in favor of King Abdullah. But will that be enough to prevent further unrest?