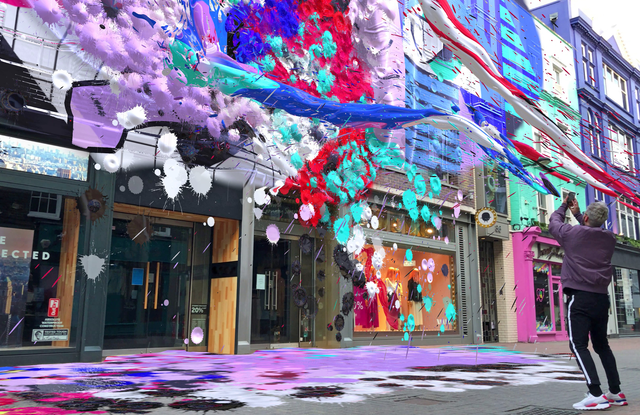 
At the Snap Partner Summit on Thursday, the maker of the popular Snapchat app unveiled a slew of updates that showcase the platform’s ambitions in entertainment, gaming, marketing and shopping. Plus some interesting builds on Snap’s years of development in augmented reality.

“Today on Snapchat, augmented reality isn’t an experiment. Over 170 million Snapchatters engage with AR daily — nearly 30 times every day,” said Bobby Murphy, chief technology officer. “The most innovative companies, creators and developers are building augmented reality experiences for our Snapchat community that stretch our imagination. And, in the process, they’re shaping how we experience the world around us.”

Snap’s three-year-old Lens Studio allows a user to create AR Lenses for the platform. There are numerous changes to version 3.0 now, and one of the biggest is the introduction of Snap ML, a tool that lets outside developers use their own neural network or machine-learning models to power their Lenses. In one example, an ML model enabled a realistic virtual shoe Lens that lets people try on shoes with AR.

Snap also revealed Local Lenses and how it uses its Landmarkers tech — which can bring AR to a building or site — to handle the scale of full city blocks. It can understand and augment large areas using different data sources, like 360-degree images and community Snaps to build digital representations of the physical world to a larger mapped area.

Certainly, the ability to layer AR over such broad sections could unleash creative and artistic experiences. Where that could go in the hands of event managers, the masterminds of pop-up shops, fashion marketers and others looks intriguing, especially as the social context allows friends to step into these worlds together.

In another announcement, the company unveiled Snap Minis, i.e. bite-size versions of apps that work inside Snapchat. A key characteristic of Minis is that they encourage social experiences, or usage between friends.

In a Snap-developed example called Let’s Do it, friends who can’t decide what or where to eat can make a list of choices, and then let the Mini randomly choose. In another, early partner Atom Tickets created a Mini that lets friends watch movie trailers together, choose local theaters and then buy the tickets. Friends could also make plans, like festival lineups for events such as Coachella, among others.

For the fashion crowd, a Mini could allow contacts to compare notes in a Who Wore It Best scenario, while another focuses on styling and even group shopping.

With the technology, which was built off Snap’s game development work, the interaction matters. Snap also emphasizes that the feature gives developers fast-tracked distribution across a network of hundreds of millions of existing daily Snapchatters.

Snap has also been pushing development of its scanning tools, which can already figure out what song is playing or get more info on an Amazon product. Now, thanks to Scan’s integration with Lens Studio, those capabilities expand into an array of use cases, from scanning packaged foods for nutrition data to offering contextual info on visible plants and animals.

For design houses and fashion retailers, a Louis Vuitton example hits closer to home. The longtime Snap partner and luxury brand will unveil an upcoming feature that allows fans to scan the LV monogram to see its latest collection and classic luggage pop open in view.

The action bypasses the need for QR codes or Snapcodes. Essentially, visuals — like a logo, existing brand packaging or other image — can trigger an AR experience, no unlocking process or codes required. It’s one less step involved in helping customers learn more about a company or product, or encourage them to take action.

Too Faced Cosmetics is using Scan to connect product packaging to its try-on and tutorial Lenses. For instance, users can scan eye shadow and see expert tutorials on how to apply it, and see what it looks like in a virtual try-on. In this context, the goal is to enhance the at-home product experience.

Scan updates also cover voice capabilities, thanks to a partnership with SoundHound. Now verbal keywords can trigger AR experiences, just like images. With a voice command, the system can search any Face or World Lens in Snap’s platform. A user could say, “Hey, Snapchat — make my hair pink,” conjure a moon environment or even turn a literal selfie into a potato selfie.

The changes clearly range from novelties to serious extensions of Snap’s technologies for partner businesses. Updates to Snap Kit, the company’s two-year-old development platform, could represent a sea change in the Snap experience.

A look at a new AR experience for Too Faced Cosmetics.
Courtesy image

The company has largely held its features within its own walls. And where it’s pushed outwardly, it did so judiciously, with AR expanding to cover more of the real world, integrating with other apps to make sharing on Snapchat easier or making its Bitmoji custom avatars and stickers more ubiquitous.

The product, dubbed Camera Kit, will let developers integrate the Snapchat camera and AR lenses into their own apps. “With over one million AR Lenses on our platform, Snapchatters need a simple, intuitive way to find the best Lens, depending on where they are and what they’re doing,” said Carolina Arguelles, who runs product marketing for Snap’s camera. “From finding a fun Lens that perfectly expresses your mood, to figuring out what song is playing, product, or even learning how to solve a math problem, our camera is a starting point to help Snapchatters express themselves and learn about the world.”

Snap introduces a slew of new updates, including a new partnership with SoundHound that allows voice scanning to trigger actions.
Courtesy image

The extensibility of the camera matters, perhaps for users, but certainly for Snap itself, enabling executives to make a case to drive more partners into the fold.

Snap can argue that it has become the largest AR platform in the world, and that partners building AR with Snap’s tools have a magic pill: Build it once with Camera Kit, and the AR can have immediate distribution anywhere — whether for their own third-party apps or for Snapchat and its growing user base. According to the company, nearly 150 million Snapchatters use partners’ Snap Kit integrations every month.

Other announcements Thursday included an action bar, which lets the user jump to different areas of Snapchat based on what they’re doing in the app, and new Places within the Snap map, which highlights local businesses around the world and features hours, address and directions, as well as the ability to order online. To support coronavirus recovery, the company will give free Snapchat advertising credits to local businesses.

Dynamic Lenses allow developers to funnel real-time information from their apps to Snapchat Lenses to create custom AR, while more updates and partnership news covers Snapchat gaming, entertainment, and more. With original programming, for instance, Snapchat users could go from watching a makeover to trying it on themselves.

“The Snapchat community is bigger now than it’s ever been,” said Evan Spiegel, chief executive officer. “Over 229 million daily active users on average in the first quarter of this year, reaching over 100 million people in the U.S. alone. Based on publicly available data, we reach more people in the U.S. than Twitter and TikTok combined. 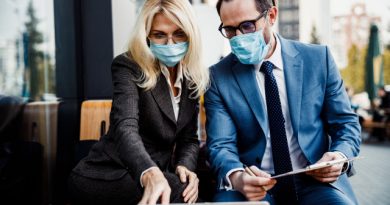 The Impact of COVID-19 on Retail, Fashion M&As – WWD