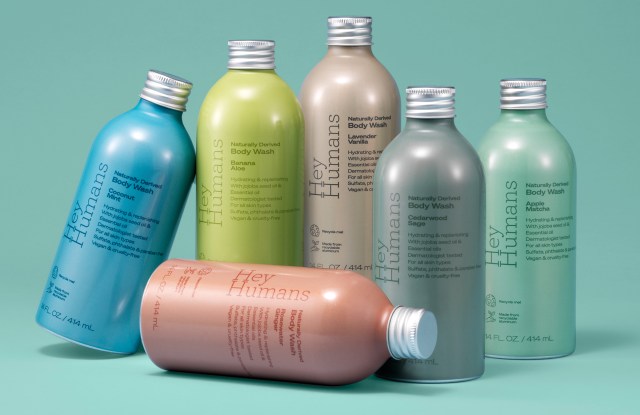 
The Smith family — Will, Jada, Jaden and Willow — want to solve the world’s plastic problem, starting with personal care.

Hey Humans is a brand created by The Smiths and Maesa, the beauty incubator behind TPH by Taraji P. Henson, Priyanka Chopra Jonas’ Anomaly and Hairitage by Mindy McKnight. Hey Humans, whose name is meant to evoke a call to action, will bow this month in stores and online at Target with four personal care products that use aluminum and paper packaging, making the brand 99 percent plastic-free, according to Maesa.

In an email interview with WWD, Jada Pinkett Smith, Hey Humans’ creative director and cofounder, said the brand is a “personal intersection” between her love for products and her family’s focus on environmental sustainability. It has been in the works for a year.

“For me, personal care is a practice that represents self-love,” Pinkett Smith said. “The products I use, like many other consumers, are an expression of my personal-care routine. My kids have continuously educated me around effective sustainable solutions and the ways in which we as a family can participate in that process.” 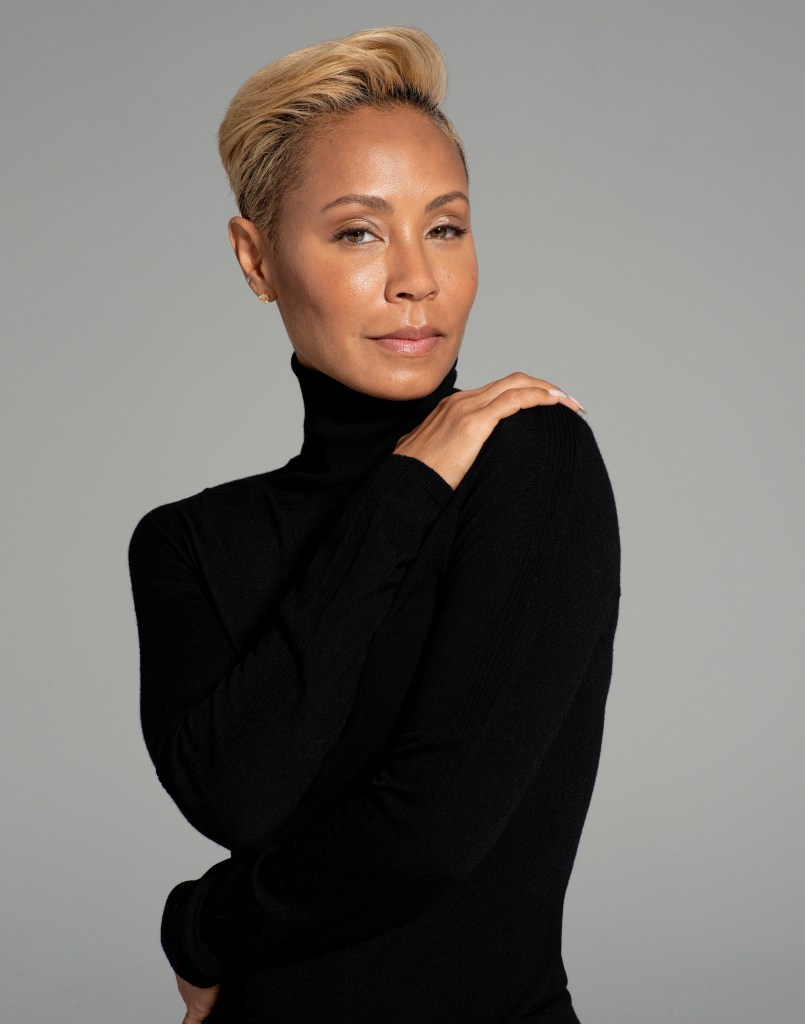 Hey Humans is launching with a deodorant, body wash, body lotion and toothpaste in vegan, cruelty-free and nontoxic formulas that feature upcycled fragrance ingredients. The products retail for less than $6 each and come in recyclable aluminum packaging in an effort to eliminate plastic waste.

Scott Oshry, chief marketing officer and partner at Maesa, told WWD that the intention behind launching Hey Humans is to spark an industry-wide shift away from plastic, which is the go-to material for beauty and personal care brands.

“I don’t see progress fast enough [in the industry] and in fact, I actually find it kind of disgraceful,” Oshry said. “Only about 9 percent — and that’s being gracious — of plastic is recycled in the United States, [and] 75 percent of all aluminum that’s ever been introduced into the market in the United States is still in circulation. Glass gets recycled [in the U.S.], paper gets recycled — and if it’s not, it’s biodegradable, provided it’s not covered in plastic coating.”

The recycling rate of glass containers was 31.3 percent in 2018, totaling 3.1 million tons, according to the Environmental Protection Agency. Paper and paperboard were recycled at a rate of 68.2 percent — the highest of other materials in municipal solid waste in 2018, according to the EPA.

“We launched another line called Anomaly at Target, and the bottles are in 100 percent PCR — they’re made of plastic trash,” Oshry continued. “We’re looking at other companies in hair care saying they’re going to get there 10 years from now. Give me a break. If they wanted to, they would.”

Developing a deodorant that is both effective and sustainable, in terms of formula and packaging, proved difficult for the Hey Humans team, Oshry said. The deodorant features a vegan formula free of parabens and aluminums. It comes in six scents and paper packaging.

Pinkett Smith and her family are among the few Hollywood elite who have a history of promoting environmental sustainability. In 2015, Pinkett Smith and her husband, Will, helped their son, Jaden, launch Just Water, which sells sustainably sourced spring water packaged largely in plant-derived cartons so as to reduce carbon emissions. Fast Company valued the company at $100 million in 2019.

Hey Humans, Pinkett Smith said, “is just one step of many in an effort to make more sustainable choices for a brighter future.” 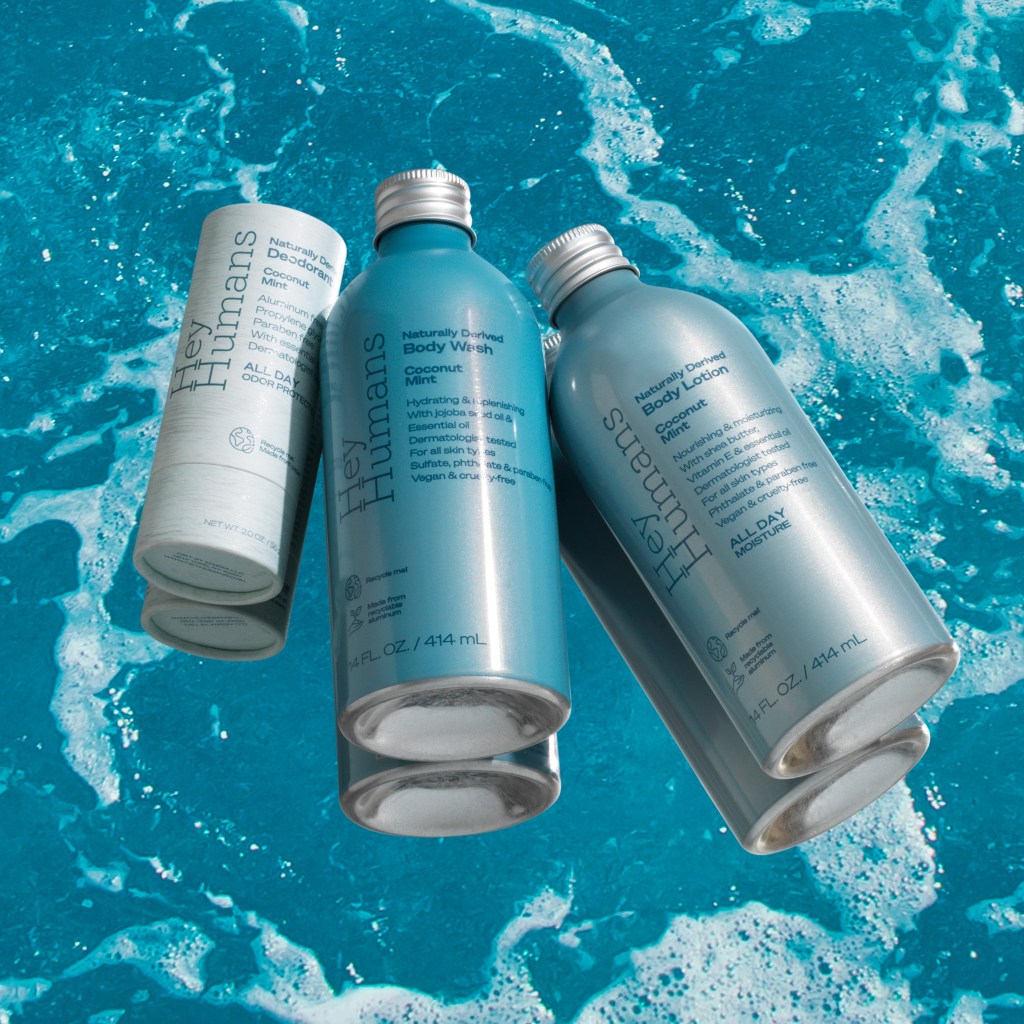 Hey Humans is expected to bring in $21 million in first-year retail sales, according to industry sources.
Courtesy of Hey Humans

“The future of humanity is at stake,” she said. “Our lives and the choices we make have an impact on our health and the health of the planet. As a response to this awareness, it’s time we all shift by adopting new habits with a sense of urgency. I’m committed to the planet and strive to make a positive impact on the environment.”

The COVID-19 pandemic has “further exacerbated the plastic problem on our planet,” Pinkett Smith continued, citing an uptick in usage of masks, gloves, hand sanitizer and test kits, which typically come in plastic packaging.

“Consumers are becoming increasingly aware of the connection between overall well-being and their health,” she said. “COVID-19 has made us all, myself included, pause and think about our daily routine, the values we live by and the ingredients in the products we use. From self-care rituals to natural, nuanced beauty, to a focus on mental health and fitness apps, we’re all seeking ways to enhance our lives and incorporate a more holistic approach to a healthy lifestyle from the comfort of our homes.”