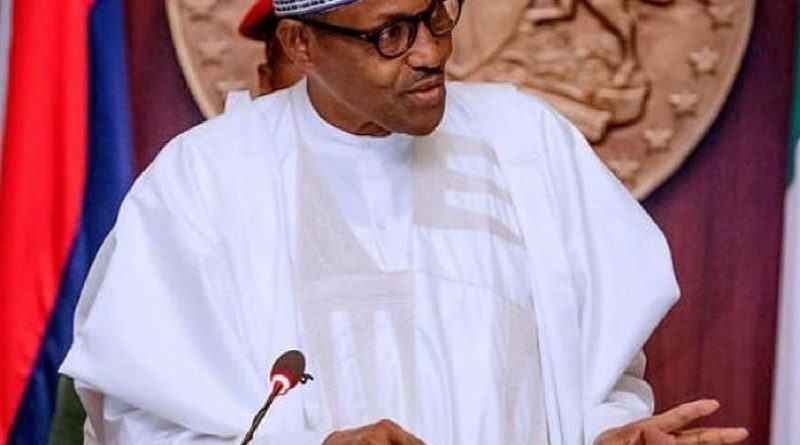 THE Buhari Presidency last  Friday, May 29, composed songs of praise to mark its fifth year in office. In a child-like manner, its image-makers taunted perceived enemies and insulted Nigerians who do not think the administration should be celebrated.

I am one of those who see no reason for any celebration in this season of global health crisis, lockdowns, mass job and income losses, economic meltdown with death lurking our hospitals and isolation centres.

Our case is worsened by massive local and foreign loans for mainly non-tangible things; debts this administration is piling up for future generations to pay, or upon which they will be enslaved.

I do not want to waste precious time debating corruption in this government. At least not in this lockdown when Nigerians are told billions of naira have been spent on the School Feeding Programme even before the child at home saw a grain of rice.

I may be more willing to discuss insecurity. At least no honest person can dispute the fact that five years ago, our main security challenge was the Boko Haram insurgency. Today, there is added banditry which has swept through states like Katsina, Zamfara, Sokoto, Kebbi, Kaduna and Niger states.

It is not surprising that there are people in the Presidency who think Nigerians should celebrate; in every adversity, there will be those smiling to the banks, singing victory songs and thanking God. This to me, is a sense of morbid governance.

I do not think we need a national debate when a hunter says the domestic cat he has on the tether is the lion that has been tormenting the community; he sees a lion, we see a domestic feline. The songs from the Presidency could only have been composed by those who eat at the table, or among those the crumbs are shared. A more discerning Presidency would have realised that a hungry person cannot be receptive to any other message but food.

Millions of hungry Nigerians cannot be receptive to the long windy tales of President Buhari’s claimed successes or the delusion of how lucky we are to have him as President.

One concern I have is that after five years in power, the Buhari administration does not seem capable of putting in place a simple conflict resolution mechanism in the Presidency; something a first-year student of Industrial Relations should be able to accomplish. The result is the frequent blowouts in the Presidency with serious negative effects on governance.

I recall that prior to the September 23, 1987 creation of Akwa Ibom State, there were ethnic tensions in the Old Cross River State. In analysing this, a Vice-Chancellor of the University of Calabar was quoted as saying that: “Cross River State is an atomistic society perpetually at war with itself.” That analysis may well be true of the Buhari Presidency.

The newest blowout is that between the Minister of Communication and Digital Economy, Dr. Ibrahim Isa Pantami and the Chairman/Chief Executive Officer of the Nigerians in Diaspora Commission, NIDCOM, Mrs. Abike Oluwatoyin Dabiri-Erewa. She was former Chair of the House Committee on Diaspora Affairs and later, Senior Special Assistant to President Buhari on Foreign Affairs and Diaspora.

It appears that the lacklustre performance of the Foreign Affairs Minister with Nigerians being killed, attacked or arbitrarily sentenced in countries like South Africa, Malaysia and Ghana, necessitated the birth of NIDCOM in 2018.

Given the fact that the Commission was created from the ribs of the Foreign Affairs Ministry, no space could be made for it in the Ministry’s sprawling complex. So NIDCOM was like a homeless orphan which roamed the streets for six months before the Nigeria Communications Commission, NCC, under the Communications Ministry, gave it an office space on May 29, 2019.

NIDCOM saw its new offices as home and proceeded to make itself comfortable. It installed a dedicated International Telecommunication Call centre. It even started building  a studio for an online Diaspora radio station.

However, NIDCOM is back on the streets. The Commission chairman claimed that on Sunday February 9, 2020 while on President Buhari’s entourage to Ethiopia, she received a phone call from the NCC boss, Professor Umar Garba Dambatta, giving the Commission one week to vacate its offices. Two days later, armed men seized the Commission’s office, including its equipment and files, and refused its staff entry.

Mrs. Dabiri-Erewa on February 13, sent an SOS message to President Buhari. However, unbelievably, and despite video evidence, the NCC on May 20, claimed Erewa was lying and that in fact: “… the Commission  had not started using any of these spaces as office.” Pantami followed up with an attack on her: “This is a fat lie from her. The owner of the building NgComCommission has faulted her lies on their social media platforms.”

In all these, as in similar cases, the Presidency has maintained an undignified silence. The same silence it maintained in the 2019-2020 open disagreements between the National Security Adviser, Babagana Monguno and the late Chief of Staff, Abba Kyari. In what amounted to accusations of treason, Monguno accused Kyari  of overriding the President’s directives and issuing personal directives to the security services. It was also silent on Monguno’s accusations against the security chiefs that they allegedly took unconstitutional orders from Kyari.

The Presidency was quiet when three years ago, First Lady Aisha Buhari claimed an unelected cabal rather than President Buhari was running the country. It also was silent in the physical fight within the Presidential Palace between the First Lady and Fatima, a daughter of power broker, Mamman Daura.

The Presidency was equally silent on the open confrontation between the First Lady and Presidential spokesman, Garba Shehu whom she accused of shifting: “…his loyalty from the President to others who have no stake in the compact that the President signed with Nigerians on May 29, 2015, and 2019.”

More dangerously, it was silent in the open confrontations between the Nigeria Intelligence Agency, NIA, and the Economic and Financial Crimes Commission, EFCC; and between the latter and the Department of State Services, DSS, which culminated in the three armed agencies three years ago confronting themselves in an Abuja street.

The EFCC-DSS battles might be the primary reason why the Presidency has in the last five years, been unable to get the acting EFCC Chairman, Ibrahim Magu confirmed, as the DSS claims Magu is unfit to hold public office.

A simple dispute resolution mechanism in the Presidency might have resolved most of these matters and properly focused the Buhari administration on simple governance. 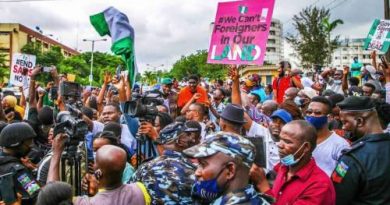