On whose side is the Nigerian media, the people, or Boko Haram terrorists? Has ‘democracy-fatigue’ set in to blur media gatekeepers’ loyalty and total commitment to the cause of national unity, vigilance, and solidarity? What is happening to this once-revered institution that distinctively led the popular movement for social justice and human dignity under military dictatorships. Of immediate concern is the media’s highly questionable reportage of the insurgency, the mischievous penchant for acting as Boko Haram’s echo chamber, parroting its violent messages to a traumatized nation. The headlines last week following the appointment of new Service Chiefs by the President could not be scarier: “You Can’t do Better than Your Predecessors, Boko Haram Leader Taunts New Service Chiefs” (Vanguard); “New Service Chiefs Can’t do better than their Predecessors” (Daily Trust) is a haunting indication that the Nigerian media has either descended into ambivalence or worse, become sympathetic promoters to the masterminds of violence, in their reportage.

The key message from that report, beginning with the headline, is that nothing will change, despite the change of guard at the top command of the military. In effect, the report escalates Boko Haram’s expectations, perhaps design, to control and dominate the narrative on national security, that the bombings will continue, more travelers killed or kidnapped, more schools raided and pupils seized from their dormitories and classrooms, more security outposts attacked, more of our soldiers ambushed, killed or maimed. You do not have to live in the frontlines anymore to feel the stench of battle.

To describe the report as a woeful professional judgment would be a commendable understatement. It was insensitive and unpatriotic. You would expect more diligent gatekeeping at the highest levels in the mainstream media, but this report directly questions the professional competencies of those who sign off some of our national dailies. The report must have pleased Boko Haram, no doubt. It was, however, distressful and confusing to the majority of Nigerians who read it.

If that report was meant to motivate the newly appointed service chiefs by pointing out to them the existential threat of Boko Haram, it only achieved the opposite aim of further frightening our distressed compatriots living edgily on the frontlines. You can guess how they are taking this in Borno and much of the Northeast. Furthermore, for all intent and purpose, the report could be misleading and created not only to sow fear among helpless civilian populations but to give Boko Haram itself a false sense of hope. Take, for example, the sequence of events since the appointment of the new service chiefs. The new Chief of Defence Staff (CDS), General Leo Irabor, has given assurances that military operations will be stepped up to flush out the insurgents. He has led the Army, Air Force, and Navy heads to Borno state and held strategy sessions with the civilian and security leaderships in the state. By coincidence, Shekau’s brag and the CDS’ assurances were issued almost simultaneously. The new service chiefs were in effect taking the war to the hideout of the terrorists. Their assurance is a statement of intention, of calculated boldness and courage. Their tough talk might come across as new appointees’ bluster, but why not hold them accountable for their promise? Playing up Shekau’s gibe was the easy choice; it made for sensational reading and goaded cynics, but this is the day the Nigerian Newspaper Editor should have taken sides, not with the terrorists but with compatriots living edgily in the frontlines.

Is it possible our editors do not realize when and how Boko Haram uses them to further their aims of inflicting more violence and destabilizing the country?

Terrorists are control freaks. The media is their playground. They draw their oxygen from sensational reports projecting their power of violence. They have become experts in the manipulation of both content and gatekeepers. They prey on our fear, the chaos, the gory visuals of mangled and charred bodies, the ghastly graphics of destruction, the helplessness, the outpouring of grief and anger, the recriminations against the government and security forces, the hopelessness in vulnerability. However, what happens if the dominant narrative in the mainstream media does not match their expectations. The media has the power to define narratives. If new service chiefs are appointed, and the media sustains a narrative of a fresh beginning that could rout the insurgency, that could drastically change the course of the campaign, beginning with erasing the fears and uncertainties in our mind and replacing them with hope and belief. Insurgency is a war fought mainly in the minds of a frightened public. The defeat of terrorists also begins from the mind, from media contents.

The media often touts the need to balance content and serve news in its proper context, but there are more acceptable, less sensational ways to ‘balance’ news without explicitly promoting violence or lionizing purveyors of terror. Would it not have been more professionally nuanced to approach the military to respond to Shekau’s rants and lead the story from there? “It will not be business as usual,” new service chiefs react to taunts by Boko Haram leader. Striking a delicate balance between press freedom and self-restraint requires extraordinary skills; in the use of language. The public has a right to get all the relevant information out there, even from terrorists. The media is obliged to meet these basic conditions.

It should not be difficult to nudge the media gatekeepers into positive partisanship, to come to the side of a united, peaceful country. Walking that delicate balance between being professional and denying the Terrorists undeserving pace and airtime is not rocket science. The media must side with the people by promoting only content that excludes threats to violence.

Often, insensitive news reports such as the one under review here heighten the agitation for the media’s regulation. Contrary to the newsroom’s thinking, these reports further antagonize readers and rally sentiments against press freedom. The opinion out there is that the media in Nigeria is unregulated. Being unregulated is not necessarily synonymous with being free or unhindered in a professional sense. It alludes to an industry that lacks regulatory standards, where anything and everything is possible. It alludes to an industry where the reader can expect just anything. The conscientious reader will remind you that all that is fit to print could quickly degenerate into even that which is unfit can be printed in an unregulated and irresponsible publishing environment. The print media in Nigeria can and must do a lot more to inject a positive narrative and win the readers to their side. Self-regulation is not merely politically correct; it will earn the press in Nigeria the respect and trust of readers. It is not contradictory to expect the press in Nigeria to be both patriotic and professional. It is a question of capacity to balance professional judgment with perspectives, sound bites, and reportage that promote a stronger sense of security and national unity.

It is no surprise that the public has come to trust and respect content from the tightly regulated broadcast and social media. At the same time, Shekau was receiving free publicity from the print media, the National Broadcasting Commission (NBC) was warning radio and television stations across the country against broadcasting contents related to the quit notice given to herders in the South West region. After the US elections, Facebook issued a statement promising to review its policies on content concerning threats and state use of force in countries with civil unrest and violent conflicts. On its part, Twitter prohibits “the glorification of violence,” defining violent threats as “statements of an intent to kill or inflict serious physical harm on a specific person or group of people.”

Twitter has a specific prohibition against Swatting, which it described as “statements of intent, calls to action, representing, supporting, advocating for, depicting, admitting to or speaking positively about it.” Even this is directed only against a parenting practice common in our country. Speaking or publishing content “positively about” Boko Haram or its leadership, other than reporting the human and material cost of its violent campaigns, must therefore be prohibited in the Nigerian media as a necessary first step in defeating the insurgency. 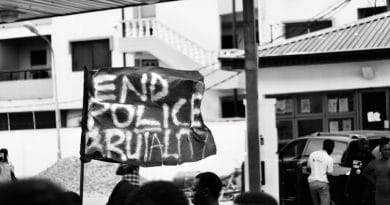 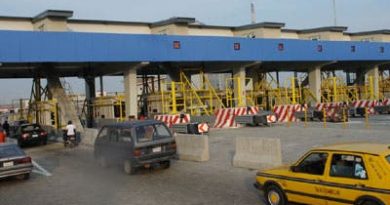 The Anatomy of A Speech— and of State Terrorism