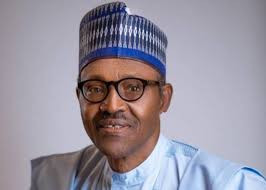 Local News
June 19, 2020June 19, 2020 Mary 0 Comments
LinkedInFacebookTweetPin
LiveChat will greatly increase the number of your satisfied customers. I've already tried it and I can recommend it as a go-to customer service tool! Sign up today for a free trial!

As nations embark on measures to mitigate the effects of the novel coronavirus, COVID-19 pandemic, on its populace and reset their economies, it is no longer news that the virus which the world is frantically seeking its cure is not leaving any time soon.
The pandemic has also by virtue exposed the abysmal state of our systems in every facet, most especially, the education and health sectors.
In the early 50s to 80s, the continent was known as the food basket of the world, providing raw materials for the industrialized nations. Nigeria especially prided itself in its outstanding agricultural capacity.
This was evident in the Western region where late Chief Obafemi Awolowo used cocoa as its main source of revenue to do exploits in the region, building the first 25 storey building in the continent.
He, through the product established the first Radio/Television in Africa and also, the Liberty Stadium in Ibadan. This is not to talk about his novel educational policy – free education, in the entire region among his other laudable programmes. All funded through cocoa. No other administration after him took the vision beyond Awolowo.
As part of a healthy competition, Chief Michael Okpara, the then Premier of the Eastern Region, tapped into its main stay, oil palm, to develop the region. And history told us how Malaysia, the largest palm oil exporting nation came to Nigeria, to pick the seeds in order to develop their own oil palm industry. Today, Nigeria is one of the biggest importers of the product from even Malaysia.
The Groundnut pyramids of the North brings a nostalgic feeling of when years back, the pyramid once adorned the flip side of one of Nigeria’s banknote. The Premier, Ahmadu Bello, the Sardauna of Sokoto, used resources mainly from groundnut to drive the development of the northern region.
Nigeria was also an investment destination for world known industrialists and business men, and local entrepreneurs were doing great. The country was the base for Leventis Motors and its super malls, Kingsway stores, VONO Products, Bata Shoes with its brand, COTINA shoes, LENNARDS shoes, (all producing shoes from tanned leather here in Nigeria) and Michelin Tyres in Port Harcourt, etc.
In that era, we were riding in locally assembled cars, truck, and buses. With Peugeot in Kaduna, Volkswagen in Lagos, ANAMCO in Enugu, NISSAN and TOYOTA Motors in Lagos and LEYLAND in Ibadan. We had STEYR in Bauchi producing agricultural tractors and its components. VONO products then in Lagos were producing the seats. We can remember the Odutolas of this world who engaged in tyre production and other products.
There was also EXIDE Batteries in Olodo, Ibadan, producing car batteries not only for Nigeria, but the sub-region, West Africa. IsoGlass and TSG in Ibadan, and Oluwa Glass in Ondo State, were producing the automobile windshields component. FERODO in Ibadan, produced tyre brakes shoes.
Noteworthy of the era was that, Dunlop and Mitchellin were producing tyres from rubber plantation in River State, and today, the rubber has disappeared. Neither has any administration, past or present, made efforts to revive it.
We had SANYO in Ibadan and KENWOOD in Lagos and by their establishment, we were able to listen and watch television simply because the assembly plants were sited here. We had THERMOCOOL producing fridges, freezers and air-conditioner for our comfort.
The textile industry which used to employ millions of Nigerians, like the United Nigerian Textiles Limited (UNTL), based in Kaduna and Chellrams Stores in Lagos, were producing fabrics from cotton grown here in Nigeria, not imported.
There was Nigeria Wire and Cable on Ibadan-Abeokuta road, producing quality cables through which we enjoyed safe and free electricity flow into our homes and offices. There were many other indigenous companies that contributed immensely to the nation’s gross domestic product (GDP) and economic greatness. They were private sector investments.
How about some government-initiated enterprises like the Nigeria Airways, Nigeria Railways Corporation and Nigeria National Shipping Lines? These enterprises were pride of the nation, Nigeria, and Africa,