What have the Maori Nation, and the Mayan Nation have in common? They both have much ancient information to give to the current, bewildered world. Armageddon was one such gift from the Mayans, and unlike to common perception, Armageddon does not mean ‘The End of the World’, but ‘A New Beginning’.

How apt then, that for nearly 15 years, Chief Charles Hopeha has been in the Middle East, Spain, then on to the United Kingdom, in a determined effort to raise support, both emotionally and financially, to try and raise the status and levels of equality for the Maori Nation, to match their actual role as the original owners of Aotearoa (commonly known as New Zealand by the colonial occupying powers), and unlock their ancient knowledge.

As the selected Head of the Matua Karanga Foundation, Chief Charles has been involved in many discussions over the last decade to try and bring about a greater awareness of the manner in which people of the Maori Nation have been reduced to the levels of a ‘second class’ society in a land they consider their own. How similar is that to the unknown fate of the Mayan Nation at the hands of the Spanish?

It is often the case, that when a great leader is absent from his people for any length of time, old feuds surface, old divisions bubble up, and thus divided, the people tend to undo much of what they have achieved in the past towards achieving their long-term goals.

Chief Charles has been back with his people now for nearly a year, but in that time, he has taken up the role of Sovereign of the Maori Nation, and has instantly started to win over the hearts and minds of his Nation, and has started to work with the other Tribal Heads in bringing together a sense of unity, and of purpose, across the whole of Aotearoa. His presence has already helped to reaffirm his Sovereignty of the people, by visiting many sacred buildings, especially those closely linked with the ancient seats of power of the Maori Nation.

By his presence, even in such a short while, Chief Charles has started to close some of the huge divisions that had started to appear between differing factions of many of the Maori tribes. Just from achieving that, he has brought out a tremendous feeling of emotions with his people, and have shed many a tear of joy to see him taking up the reigns of sovereignty in his homeland again.

One pastime Chief Charles has taken up again, much to his pleasure, as well as his people, is the old Maori pastime of hunting and fishing. Just to see him bare footed on a sandy beach, brought tears of joy so much to many of his people.

With the old Mayan calendar drawing to a close in December this year, as we have said previously, not, as so many people seem to fear, as Armageddon – a time of the end of the world – but in actual fact Armageddon stands for a New Beginning for the world. Rather ironic that is message should have been left to us from the ancient society of the Mayans, who had, just like the Maoris, so much to offer to today’s confused civilisation. What better way to move into this Mayan Period for the 5th Sun, heralding a new, more enlightened beginning for all humanity, especially with the work that Chief Charles is now achieving as Head of the Maori Nation, to herald the promise of great new things for Aotearoa, for everybody in this South Pacific paradise, where Maori and Pakeha live side by side in greater harmony than ever before.

Without foresight or vision, the people will be lost.

This is the true meaning of Armageddon – make the change for humanity together… But unlike the Mayans, the Maori people have not slipped into obscurity. They are here, now, with much to give to this troubled world – if only we would listen…

Was The Vietnam War A Visual Representation Of Wars Between Particles? 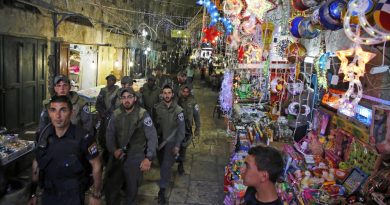