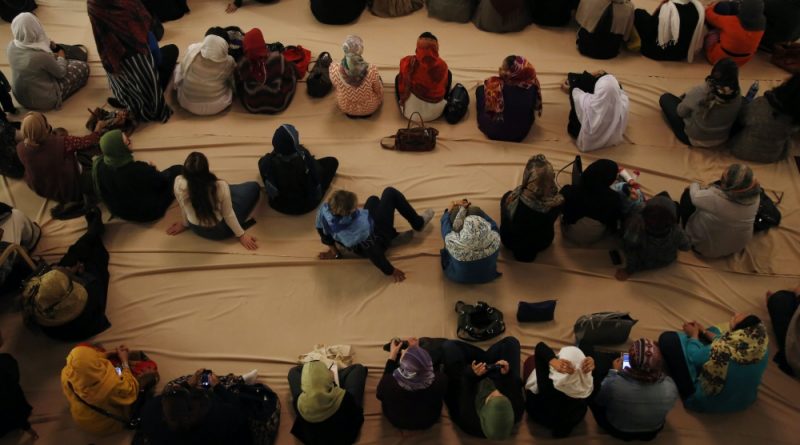 In an attempt to escape the quarantine daze, I started watching Netflix’s new reality series, Indian Matchmaking, about the often-misunderstood world of arranged marriage.

The show follows a passionate, mother-knows-best “rishta” matchmaker, who helps wealthy Indian families in Mumbai and the United States find their children the perfect spouse. At first, I really enjoyed watching 20- and 30-somethings search for love and marriage in this traditional manner. My friends and I laughed at snobby Aparna, cringed at the scenes with “mama’s boy” Akshay, and cried when sweet Nadia’s second suitor turned out to be an unapologetic “bro”.

By the end of the eight-episode series, however, I felt nauseous. Unlike some of my white friends who watched on carefree, I was disturbed by the obvious displays of classism, ethnocentrism, and colourism in the show.

Throughout the show, I could not help but notice how these “isms” guided the matchmaker as she tried to find “suitable” potential spouses for her clients. In addition to searching for those with distinguished careers, and a slim body type, she was always on the hunt for “fair” spouses. I was left with a bad taste in my mouth as the show closed with a bubbly Indian-American woman casually saying she is looking for a husband who is not “too dark”.

The Netflix series glossed over this uglier side of matchmaking, but as a Black American Muslim woman who has previously been rejected by potential suitors based solely on race and ethnicity, I cannot look past it.

For the last four years or so, I have been knee-deep in the Muslim dating world, dealing with all those aforementioned “isms”. (And when I say dating, I mean dating-to-marry, because as an observant Muslim, I only pursue romantic relationships with one goal in mind: marriage). I encounter the same annoyances found within Western dating culture (Muslim women too get ghosted, mosted, and harassed), but due to cultural baggage that is often conflated with Islamic tradition, I am more likely to come head-to-head with sexism, ageism, and racism. The last one of which I suffer from the most.

No matter which path I take to seek marriage – matchmakers, apps like Minder, or chaperoned blind dates – I am constantly met with the sickening reality that I am less likely to be chosen as a potential partner because of my background as an Afro-Latina American born to convert parents.

Having come from a mixed family, I was never warned that who I sought to love or whoever sought to love me would be premised on something as arbitrary as skin colour, race or ethnicity. I learned this lesson the hard way a few years ago, when a painful relationship taught me to take caution.

I fell in love with an Arab man I met through my mosque in Boston. In addition to all the little things, like making me feel heard, valued, and loved, he taught me how to centre my life around faith. He awakened a new form of “taqwa”, God consciousness, within me that I had not known before. But when we attempted to transform our friendship into marriage, we were confronted by his family’s prejudices. Although they had never met me, they rejected me outright saying we were “incompatible” – a euphemism often used to mask uncomfortable beliefs based on racism and ethnocentrism.

In the years that followed, I continued to encounter these same infections. As I tried to find the “one” through professional Muslim matchmakers, online dating, or within my own social circles, I learned that I was often not even included in the pool of potential spouses, because I did not fit the initial criteria listed by the men, or worse, their mothers. I was not of the desired ethnic background, namely South Asian or Arab – the two most predominant ethnic groups in the Muslim American community.

Muslim matchmakers witness their clients express a preference for one type of ethnicity/race over another all the time. One friend, a 26-year-old Somali-American woman who runs her mosque’s matrimonial programme in Michigan, told me that she noticed a pattern when she reviewed the answers single Muslim men gave in a questionnaire about marriage. While Middle Eastern and North African men said they were looking for Arab or white/Caucasian women (usually referred to simply as “white converts”), South Asian men expressed their desire to marry Pakistani or Indian women. Black American and African men, meanwhile, said they were open to marrying women of any ethnicity and race.

When I began writing about the problems I experienced in the Muslim marriage market, I discovered I was not alone. I heard countless stories of Black American and African women who were forced to break engagements due to the colour of their skin or ethnic origins. One such woman, a 25-year-old mixed Black American-Palestinian, told me that she was rejected by her American-Palestinian fiance’s mother because “she did not speak good enough Arabic” and therefore would not “fit” in the family. Countless other Black or African women, meanwhile, told me that they could not even make it to the stage of engagement because no one in the community introduced them to eligible candidates for marriage due to their race. This left many feeling unwanted, rejected, and hopeless.

When confronted with these examples, naysayers ask, what is wrong with wanting to marry someone that shares your culture? They raise defences based on ethnocentricity, trying to hide their prejudices under the guise of love and pride for their motherlands. They argue that differences in culture create friction between a couple, and their families.

But to all the South Asian-American or Arab-American Muslim men that do not see me as a potential spouse because of my ethnic and racial background, I ask: “Do we not share a culture? Are our lived experiences as Muslims in a post-9/11 America not enough to serve as the foundation for marriage?”

Many US-born Muslims, especially millennials and those from the Gen Z, pride themselves on successfully navigating what it means to be American (embracing American holidays, entertainment, and politics) while staying true to Islamic values. And yet, within the context of marriage, one’s “Americanness” only becomes relevant when it is used to incite racism.

While such Muslims may simply be keeping up with the practices of their fellow racist Americans, they are cutting ties with Islamic tradition. Our beloved Prophet Muhammad (peace and blessings be upon him) was sent to rid the world of pre-Islamic traditions that favoured racism, ethnocentrism, and tribalism. He brought us revelations such as “O mankind! We created you from a single [pair] of a male and a female, and made you into nations and tribes, that you may know each other [49:13].”  Why do so many people overlook such verses when it comes to marriage?

In the months since the death of George Floyd, I have seen a concerted effort by Muslim leaders and activists to raise consciousness in our community about the fight against racial injustice and supporting Black bodies. There have been many online khutbas, and virtual halaqas, aimed at addressing the deep-seated issue of racism within our homes and our mosques.

However, I am afraid that all such efforts to eradicate racism from our community will fall flat if we do not speak up against the cultural and racial biases that are both implicit and explicit within the marriage market. I fear that if we continue to allow ugly cultural biases to govern who we choose to love, or who we choose to let our children marry, we will remain stagnant.