Kitty Nguyen started working for Barneys as a menswear buyer in 1991 when it was still a family-owned company, its reputation as an incubator for emerging designers still intact.

Back then, buying systems were largely just spreadsheets, with orders faxed back-and-forth manually between brands and retailers. Sales data and trend forecasts were important, but she also relied on instinct and faith in brands and the designers behind them.

One prominent example: Nguyen took a bet on preppy label Band of Outsiders in the early 2000s when Scott Sternberg was still a relatively unknown designer, even though its assortment of neckties and shirts weren’t a big growth area for Barneys.

“We would still re-order from [designers] even though they didn’t sell well, two [to] three seasons in a row,” said Nguyen. “We believed in them … We felt that they offered something to the balance of what the store meant.”

Both Barneys and Band of Outsiders didn’t last, however, and in their place are new ways buyers and brands are moving forward: Nguyen has launched her own retail site called Semi-Finalist, which she describes as an essentials-only, “Wirecutter for fashion,” while Sternberg’s new label Entireworld has emerged as a monochrome pandemic wunderkind that’s largely avoided wholesale partnerships.

Meanwhile, multi-brand retail is under fire. Even before the pandemic, years of excess inventory, early discounting and late payments had put pressure on the old ways of doing business, leaving less room for creativity and instinct. Social media and e-commerce have in many ways supplanted boutiques and department stores when it comes to brand discovery, calling into question the need for large buying departments at struggling retailers.

And in the wake of this year’s crisis, designers are redoubling focus on their own sales channels and reassessing relationships with wholesale partners who left them in the lurch with cancelled orders and unpaid bills.

It’s really about stopping the haemorrhaging and the bleeding, and a lot less about what merchandising should be about.

As retail struggles to regain its footing, the career path for buyers is uncertain. Traditional buying programmes at retailers like Bloomingdale’s are likely to be radically altered, but new opportunities may also emerge that reshape the relationship between buyers and brands.

The ongoing transformation dates back to the 2008 recession, which put financial planning front and centre in buying decisions. The economic crisis tipped the industry into a decade-long habit of race-to-the-bottom discounting that intensified focus on inventory management and consumer forecasting.

The rise of e-commerce and social media over the last ten years has compounded the pressure, leading to a full-blown retail crisis that was reshaping the relationship between brands and buyers even before the pandemic hit.

As online shopping gave customers more price transparency and optionality over pricing, competition mounted. Buyers increasingly focused on a homogeneous stable of major brands that were considered sure to sell, rather than taking larger risks on newer labels.

“There’s been less of an opportunity for buyers to be creative,” said luxury consultant and former buyer Robert Burke. “Their function has become more administrative.”

The changes have eroded relationships with designers too, who increasingly faced pressure to deliver a roster of capsule collections and exclusives to help retailers stand out, but that often ended up heavily discounted by the end of the season.

With the bankruptcies of retailers Totokaelo, Need Supply and Opening Ceremony this year, allowance for buying decisions like Nguyen’s in the early aughts has dwindled even further.

There’s been less of an opportunity for buyers to be creative.

“It’s less your point of view and more about how you’re managing the day in and day out operations of your business,” said luxury consultant Gurki Basra, a former buyer and merchant for Victoria’s Secret, Barneys and Brunello Cucinelli. “It’s really about stopping the haemorrhaging and the bleeding, and a lot less about what merchandising should be about.”

And many analysts are predicting further consolidation in the retail sector, forecasting a future where fewer retailers stocking a familiar roster of big-name brands jockey for the same group of wealthy customers with personalised services.

But as the industry recalibrates, experts also see new opportunities emerging for nimble retailers able to curate unique assortments that consumers can’t find on Instagram or on deeper discount elsewhere. Doing that relies on expert and connected buyers.

“It’s less about just being able to fulfil orders but, [asking] why are you necessary?” said Nguyen, adding that buyers need to be able to sort through the endless cycle of trends and distinguish what consumers expect from each retailer.

Despite the enforced isolation of the pandemic, that means networks and relationships are more important than ever. “The social aspect of being a buyer and working within the fashion industry feels as though it’s currently on hold,” said Brigitte Chartrand, vice president of womenswear buying for Ssense. “An important piece of the job is being able to network to discover and build stronger relationships.”

There’s just generally not enough differentiation, everyone has the same product.

That may prove more important than ever in the years ahead, as brands reconsider the value of wholesale partners, and fight for more equitable terms when it comes to wholesale accounts. To be sure, they can significantly raise awareness of young labels, but direct-to-consumer sales channels have also proven their worth through the current crisis, and come with less baggage. Designers burned by the pandemic are likely to be more choosy going forward.

“[Brands] have to be protective over who they’re working with and how the product is positioned,” said Tiffany Hsu, fashion buying director at MyTheresa. “It’s all about trust.”

Designers have also started to question the necessity of seasonal schedules that led to a cycle of deliveries of down jackets in the summer and sandals in the winter.

“That sort of strict buying schedule stopped making sense a while ago,” said Alicia Yates, co-owner and buyer of Thank You Have a Good Day, a multi-brand retailer in Red Hook.

Yates has moved away from seasonal buying schedules, which meant she could pivot quickly during the pandemic. Since March, she’s shifted her offering towards more home goods, renegotiating contracts with brands and designers to come up with payment terms and delivery schedules that made sense for both parties, negotiating a delay in deliveries from designer label Bode, for instance, to avoid steep discounts on inventory mounted that up over lockdown.

As the industry looks to the other side of the current crisis, there is an opportunity for a new dynamic to emerge. Those that embrace it and marry the right mix of data creativity are likely to emerge the winners.

“There’s just generally not enough differentiation, everyone has the same product,” said Christopher Aung, who previously worked as a menswear buyer for Totokaelo. “The stores that are going to be successful going forward are the stores that are willing to take risks and kind of carve out their own niche and point of view.”

Is This the End of Wholesale, or the Beginning of Something Better?

Is There Hope for Wholesale?

Where VCs Are Placing Their Bets 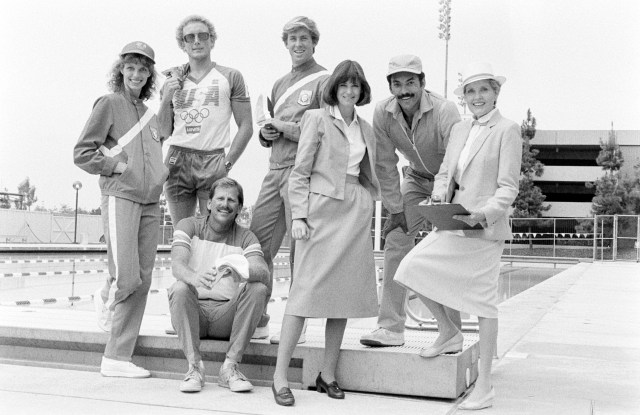 A Look at Olympic Fashion and Style Over the Years – WWD