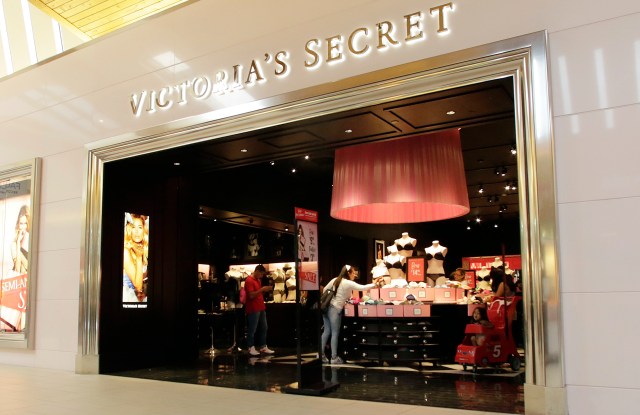 Company shares shot up more than 5 percent in after-hours trading Wednesday after the retailer revealed positive fourth-quarter and full-year results, with continued momentum in the Bath & Body Works brand and new signs of life within the lingerie business.

“Following on our record third-quarter results, the exceptional efforts and execution of our team enabled us to deliver another record performance in the fourth quarter,” Andrew Meslow, chief executive officer of L Brands, said in a statement. “We experienced consistent strength at Bath & Body Works, along with continued significant improvement in performance at Victoria’s Secret. Looking forward, we remain focused on our strategy to deliver compelling merchandise and experiences to our customers while maintaining a safe environment. At the same time, we continue to move ahead in our plans to separate our two businesses. As a result of the collective initiatives under way, the company is well positioned to continue driving value for our shareholders.” 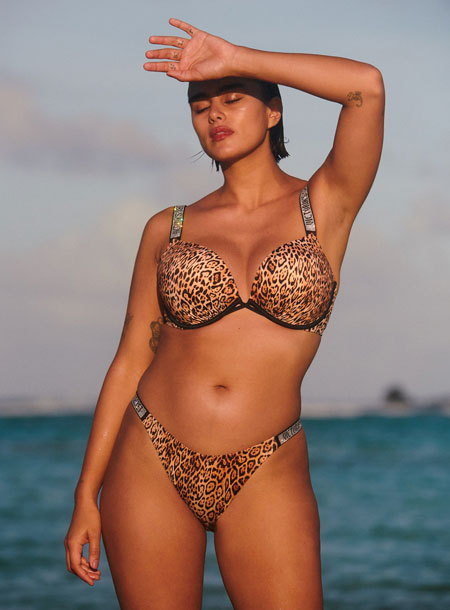 Victoria Secret reintroduced swimwear in its stores earlier this month after a three-year vacation from the category.
Courtesy Photo

Sales in Victoria’s Secret’s digital channel also grew during the quarter, 33 percent, year-over-year, to $831 million, with strength in the Pink and Beauty divisions, in addition to the sleepwear, loungewear, bras and underwear categories.

“Customers are responding positively to our merchandise assortments,” the company said, referring to the Victoria’s Secret business. “In the Victoria’s Secret business, we believe we have opportunities for continued improved performance, particularly in the first half of the year, driven by improved assortments, more disciplined inventory management, our profit improvement plan and lapping 2020 pandemic related store closures.”

That’s good news for the Victoria’s Secret business, which has fallen out of favor among a number of consumers over the last few years. In December, Victoria’s Secret had just 19 percent market share in the U.S. women’s intimates apparel space, compared with 32 percent in 2015, according to The NPD Group’s consumer tracking service.

Still, the company’s recovery methods are hard to ignore. In the spring of 2020, Victoria’s Secret had 16 percent market share in the U.S. women’s intimate apparel space.

L Brands unveiled plans to sell the Victoria’s Secret business in February 2020 for $525 million to private equity firm Sycamore Partners. However, the deal fell through amid the pandemic. Three months later, the company said it would take Victoria’s Secret private, unlocking value in the more profitable Bath & Body Works brand as it stands alone on the public market.

Victoria’s Secret has also added a string of senior-level hires over the last few months to help turn the business around while updating the assortment and marketing materials. In addition, it sold a majority stake of the Victoria’s Secret U.K. business to Next plc and closed hundreds of unprofitable stores to make way for more lucrative markets, such as Milan and Israel.

Earlier this month, Victoria’s Secret unveiled the return of swimwear to select stores. Even celebrities are starting to once again endorse the brand. Ariana Grande donned Victoria’s Secret lingerie in her latest music video.

“While COVID-19 creates some challenges in evaluating underlying fundamentals, VS appears to have troughed, with sales declines and margin compression moderating,” Janine Stichter, equity analyst at Jefferies, wrote in a note. “Still, we view the brand as a share donor near-term, especially with competition mounting and believe executing a brand turnaround will take time, especially with recent leadership reshufflings.”

L Brands now anticipates first-quarter earnings per share to be in the range of 35 cents and 45 cents apiece and first-quarter sales to be roughly flat compared with 2019’s first-quarter results of $2.6 billion. The Victoria’s Secret transition is also expected to close in August.

“Over the next six months, we will continue to work toward the separation of the two businesses, proceeding down a dual track to prepare for either a spin-off or a sale,” the company said. “We continue to believe that we can maximize value for shareholders through a separation and look forward to communicating further details on the opportunities for both of these exceptional businesses as we get closer to the separation.”