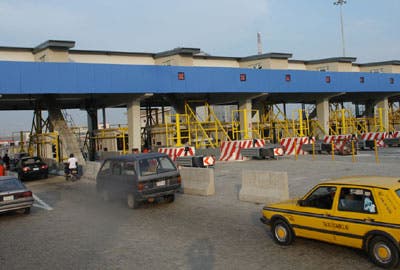 On the morning of Friday 23, 2020, two weeks after civil protests, under the banner of #EndSARS, began in Nigeria, I woke up to a WhatsApp message from one of my former students who asks, after making a few comments on President Muhammadu Buhari’s uninspiring broadcast the previous evening, ‘What next, sir?’

The question was rhetorical. It also conveyed a deep sense of loss and despair that is shared by many who had listened to the President’s speech—a speech that was made rather grudgingly, prompted—or forced—by the insistence of citizens and imminent personalities from around the world. A speech that inspired no hope.

It was, in the opinion of many commentators, a speech that left most people speechless. Coming after the largely peaceful #EndSARS protests had been infiltrated and allowed to snowball into mindless violence in many cities, and following the shooting of unarmed protesters in Lekki, Lagos, the speech will not be remembered, like many others before it, because it lacks substance and fails to sooth overwrought nerves and comfort everyone that is distraught with grief.

But it is a speech that provides a useful starting point for any critical reflection on state terrorism, with respect to Nigeria, and why Nigerian government should be held responsible for the wanton acts of violence being unleashed following the disbandment of genuine #EndSARS protests.

First, it was, as stated earlier, a speech that was practically wrung from the President, whose morbid silence, in the face of national unrest and provocations, had become rather customary. Like a few other speeches in the past, the President’s latest speech was also pre-recorded, fuelling the speculation, rife in certain quarters, that the president is often propped up to make such speeches.

It is hard not to think there could be some truth in this supposition if one considers how long it took the President to make—read read—his speech and the vapidly uninspiring manner the said speech was delivered.

Second, the speech has been criticised not only for failing to inspire hope but also for failing to address one of the key moments in the #EndSARS protests—the moment when unarmed protesters were hemmed in and shot at by the military at Lekki Toll Gate. It is important to relive the horrors of that moment here and query why the President refused to address it for two important reasons.

First, it was a momentous event—Nigeria’s Tienanmen moment, so to speak, because it was at that moment that the Nigerian government finally announced itself as unabashedly a government of occupation, one that is bloodthirsty and has no qualms murdering her citizens.

Before government forces carried out the attack, protesters had been at the Tollgate for many days, keeping a vigil, and not a single report of disorderliness or violence was reported. On Tuesday, hours before the protesters were set upon, Lagos State Government had announced a 24-hour curfew which was expected to come into effect from 4pm that day.

The curfew was necessitated, according to the government, by escalation of the violence being committed by ‘hoodlums’ across the state, and it was in the interest of protesters themselves and the general public that a curfew was declared.

Protesters at Lekki had little time to leave the protest ground, even if they wanted, and many did not want to leave anyway, having been roused to fever pitch by the announcement and their spirits buoyed up by the constant stream of support from online protesters who continued to trend the protest hashtags.

According to many incontrovertible eyewitnesses and amateur videos shared on social media, shortly before soldiers began firing at protesters, CCTV cameras at the venue were removed and electricity switched off just as darkness began to fall.

Under the cover of darkness and while protesters were singing the national anthem, a detachment of armed military personnel which had been deployed to the venue that afternoon began firing as protesters sat on the floor. There was instant bedlam.

Later that night, the Tollgate was set on fire. The number of people who died or got injured in the aftermath of the violent enactment is still being disputed, but what should be highlighted, in the context of the President’s speech, is the president’s failure to acknowledge the incident—not even as a mere footnote in the speech.

And this leads us to the second reason why it is important to recount what actually happened on that night at Lekki Tollgate. It is often the case in Nigeria—and elsewhere—that government would often issue official denials of responsibility for attacks or even outright repudiation of the facts in the wake of horrendous acts of violence as witnessed in Lekki.

It is also the case that government may never acknowledge that the incident ever happened. One recent example, in Nigeria, was the army’s denial of massacre when over three hundred Shi’a Muslims were killed in Zaria, in December 2015, even after a Judicial Panel of Enquiry and Amnesty International—among other human rights organisations—had provided conclusive evidence to the effect that the incident happened and was of the scale of a genocide.

What is significant, in light of our reflection, is that Nigeria’s president has never spoken about or given the matter the seriousness that it deserves, even as members of the sect have continued to be the target of rabidly genocidal attacks by Nigerian security operatives.

Given this precedent, it did not come as a surprise that, the following day after the shootings in Lekki, the Lagos State Governor denied that his government ordered the crackdown on the protesters and that preliminary investigation suggested that no one had been killed during the incident.

Less surprising too was Nigerian army’s rejection of reports that its officers were responsible for shooting unarmed protesters at Lekki Tollgate. Many Nigerians were shocked at these barefaced denials which were made in the face of overwhelming evidence to the contrary and despite several eyewitnesses confirming that they had seen dead bodies during and after the shootings and that the shootings were carried out by the army.

Nigerian artiste, DJ Switch, who was present when the soldiers opened fire on the protesters and who made a live broadcast of the incident before her phone died, has also narrated how armed soldiers and police officers shot at her and other protesters and how she counted not less than fifteen dead bodies after the mayhem. She explained that she and a handful of other survivors took the victims’ bodies to the soldiers who took them away.

The blank denial by Lagos State Government that no protestors were killed and President Muhammadu Buhari’s refusal to acknowledge that, under his watch and command, peaceful protesters were shot at, are textbook examples of how repressive regimes and governments of occupation normally behave in tragic circumstances that are enacted by themselves and in which they are the culpable actors.

They would do whatever is necessary to rewrite the narrative using various subterfuge and political sleight of hand, and unless citizens are alert to their wiles, the public would find itself in a position in which it is unable to distinguish between the true version of the story and the false one that government apologists and spin doctors had created and consecrated in newspapers and other media outlets.

The President’s speech has also been criticised for showing very little sympathy and virtually no empathy for protesters who were on the receiving end of violence and the many people who have died or lost loved ones. Instead, the speech dwells on what ‘those who have hijacked and misdirected the initial’ protests had been doing, which includes killing others, committing acts of sexual violence, carrying out jailbreaks, causing the destruction of public and private properties, and their violation of ‘the Palace of a Peace Maker, the Oba of Lagos.’

The president blamed ‘so-called protesters’ for these acts of violence. These ‘so-called’ protesters, also variously called ‘hoodlums,’ ‘hooligans’ and ‘thugs’ by people who have sought to distinguish ‘genuine protesters’ from these ‘miscreants,’ are said to have ‘hijacked’ the protest and misdirected it for ‘selfish’ and ‘unpatriotic reasons.’

It is important to comment on this aspect of the President’s speech for what it says (or fails to say) about the unintended consequences of using crude violence against peaceful protesters while attempting to discredit genuine agitation and demonize peaceful demonstrators.

It should be clear to anyone of good faith that the #EndSars protest is an ennobling civic movement that had been conducted within the bounds of propriety and goodwill until it was ‘hijacked’ by criminal elements.

Protesters had protested for over a week with not a single recorded incidence of criminality or disorderliness until they were suddenly set upon by thugs and miscreants, first at locations in Abuja and later in Lagos, before things finally started to get out of hand.

Many had predicted this pattern, and many had feared that this could happen, but what a few never imagined was that government would be responsible for sowing the seeds of violence. Well verified videos have emerged showing very clearly that the ‘so-called protesters’ referred to in the President’s speech were government sponsored thugs and hooligans.

They were unleashed on peaceful protesters and they, and their sponsors, are responsible for the current mayhem. We have seen videos of how some of them were conveyed in SUVs and led by suit-wearing government functionaries and politicians, and we have also heard the confessions of a few that were apprehended and how they admitted to being sponsored.

Through Machiavellian manipulation, the government had sought to muddy the waters by using these sponsored thugs to discredit and derail genuine calls for reform and change. These thugs are always readily available; they are part of the waifs and strays of our society—the homeless, the jobless, the uneducated.

They were created and have been nurtured on a steady diet of physical and existential violence by successive governments and politicians since independence and have always been called upon and manipulated to do the biddings of their paymasters.

We see how they are called upon during elections to derail the process in favour of their paymasters. These hoodlums, thugs and hooligans have now become a Frankenstein monster beyond the control of the politicians who created and nurtured them.  The mask has fallen off the faces of these monsters and they are consuming everything along their path.

All the looting, all the arson, all the killings, and all the campaign of terror currently happening around the country cannot be blamed on #EndSars protesters. They are the logical consequences of social negligence that has been in the making since the dawn of our independence.

They are part of the palpable indicators of both government’s failure to safeguard the weak and the result of a carefully nurtured category of social subjects created for the sole purpose of unleashing terror whenever needed.

As these monsters rampage through the land, threatening to consume even their creators and enablers if this season of anomie is allowed to continue unchecked, we must remember that the President and his government are the most culpable parties in the ongoing breakdown of law and order being witnessed in parts of the country.

They are the people we should hold accountable—they unleashed these monsters and they must face the music. 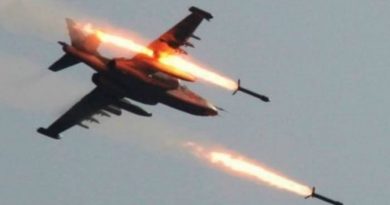 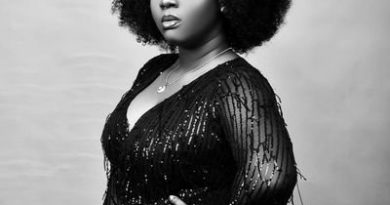