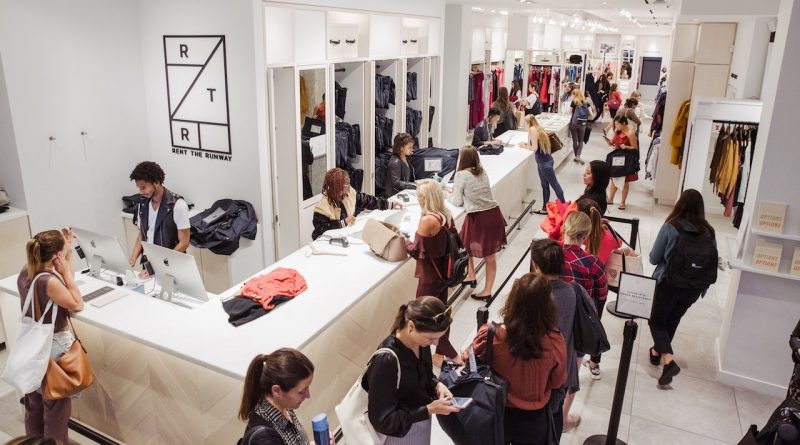 With customers in many big markets stuck working from home and large summertime gatherings canceled, the retail rental industry felt the immediate impact of the pandemic in March with many customers putting memberships on hold.

Now, five months later, as Americans inch into a new normal, rentals are slowly starting to resume — but renters’ needs have shifted and their options are in flux.

Le Tote filed for bankruptcy in early August, and at the time noted that its subscriptions had declined since March. Urban Outfitters has decreased investment in its rental company, Nuuly, which it just launched in May 2019. Meanwhile brands and retailers are increasingly tackling the business model, with Eloquii, Selfridges and Ganni, in collaboration with Levi’s, launching rental services in this month alone.

Market leader Rent the Runway, which was valued at $1 billion in March 2019, announced a new subscription plan just weeks before the effects of the pandemic hit the U.S. But the company has struggled in the last few months. In May, it laid off or furloughed 35% of its employees and, that same month, Bloomberg reported that the brand’s valuation had dipped to less than $750 million. Earlier this month, Rent the Runway announced that it was planning to permanently shutter its physical storefronts in five major cities.

“The stores legitimized them in the beginning,” said Rebecca Kondrat, a partner at retail consultancy Loose Threads. “But as people became more familiar with the company and the concept of rental became more ubiquitous, they didn’t need storefronts to legitimize themselves anymore.”

Although the company got its start doing one-off rentals for major events, it became a popular option for everyday outfits and workwear, thanks in part to an unlimited subscription option and boosts from high-profile renters like Congresswoman Alexandria Ocasio Cortez.

But even as offices slowly reopen, the styles being rented most are those that will stand out in a Zoom meeting or elevate a routine of basic sweats.

“We’ve seen our members gravitating toward playful jumpsuits two-times more than this time last year, and toward color and pattern more than 50% than last year,” said a spokeswoman for Rent the Runway. The company declined to share specifics on membership numbers, but did say that most members who’ve fallen off have elected to pause rather than cancel.

“It’s all tops, and no bottoms. Now that we are all in this Zoom world and resigned to the fact that we will be here for a while, rental companies are actually are seeing an uptick in tops and jewelry,” said Kondrat, who consults and analyzes the industry.

Luxury jewelry company Switch is seeing the benefits of this trend. According to the company’s co-founder and president, Liana Kadisha Cohn, the two-year-old company has “slightly grown” its membership since the pandemic started and, since the company does monthly memberships rather than one-off rentals, the business was less susceptible to the impact of canceled summer events than it may have been otherwise.

“Jewelry is the most high-touch item in the fashion space, and with many stores closed, e-commerce is the most effective way to interact with products,” said Kadisha Cohn. “But many sites don’t offer returns on jewelry, so our service is especially desirable.”

Everlasting Wardrobe, a rental company that curates a wardrobe of children’s clothing and works with kid’s brands to test products, launched right before the pandemic hit, in early February. “We were very worried,” said CEO Joshua Luft. “There is no playbook, especially for a new company.”

Although the company paused planned marketing pushes in March and April due to the pandemic, and in early summer out of respect for the Black Lives Matter protests, Luft said that he still saw people signing up through the website after reading about the company on  Product Hunt and in round-ups on the kids guide Red Tricycle.

“We’ve been getting lots of requests for sweatpants and comfy clothes for hanging out around the house,” said Luft. “Even if your kid isn’t going anywhere, they might need new clothes because they outgrow them”

And, Luft said, a lot of parents are looking for special outfits for first-day-of-school photos, even for children who are remote learning.

Another rental company that has benefited from homebound people’s newfound appreciation for comfort is the two-year-old The Rotation, which specializes in streetwear styles.

“There has been more interest in sweatpants and hoodies,” said Zane Fostock, CFO and COO of The Rotation. The company, which currently has active members in the low triple digits, had a 40% increase in newsletter subscribers and is gearing up to raise more money. It has aggressive goals for increasing membership this fall.

Given the current state of the economy, rentals — and the rent-to-own scheme that many of the companies offer — could prove popular among consumers looking for retail therapy.

“This is a way for consumers to treat themselves in this economy. We are still human and we still want to look good and feel good, “ said Kondat. “And let’s face it, having something new feels good.”