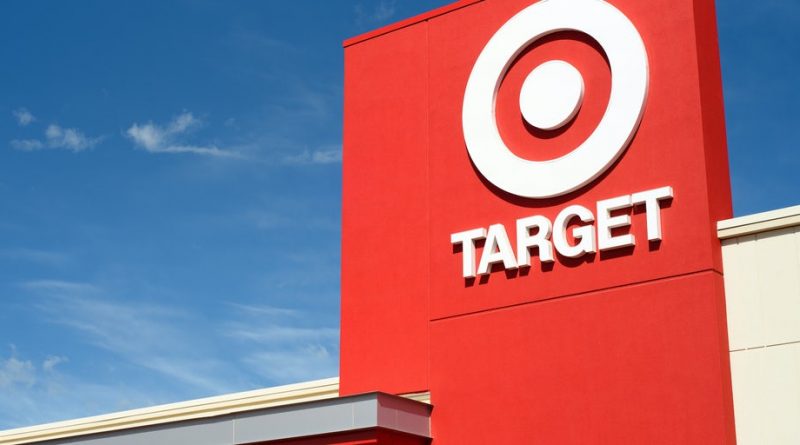 MINNEAPOLIS, United States — For nearly all retailers, the pandemic has meant shoppers check out less often and stock up on each trip. But Target Corp. bucked that trend with record sales and profit last quarter, emerging as a winner in the Covid-19 era.

The shares jumped as much as 13 percent to their highest price ever on Wednesday after Target reported a 4.6 percent gain in US transactions — a proxy for both in-person and online customer traffic. That’s a feat even chief rival Walmart Inc. couldn’t pull off, with the bigger retailer reporting a 14 percent drop on that measure.

Target also got shoppers back inside stores, not just filling their carts from the comfort of their couches. The retailer posted a 10.9 percent increase in comparable sales for its brick-and-mortar stores in the second quarter ended August 1. That excludes the web operations, and shows that even at a time when Americans are leery of venturing inside a retailer’s four walls, Target can still draw them in thanks to its merchandising.

“Overall we view the results as indicative of Target as a — and maybe the — retail winner,” Mark Astrachan, an analyst at Stifel Nicolaus & Co., said in a note.

Target’s beat continues a run of solid performance that now stretches more than two years, as Chief Executive Officer Brian Cornell has introduced a slew of fashionable-yet-affordable private brands, remodeled hundreds of stores and bolstered the retailer’s e-commerce offerings. That model has kept Target on par with Walmart and has also proved to be a winning formula during the pandemic. With shoppers generally leery of venturing into brick-and-mortar environments, Target’s merchandise selection and safety measures have given them a measure of comfort and a willingness to spend.

Target’s comparable sales rose 24 percent in the quarter, the fastest pace in the retailer’s 58-year history, and almost three times higher than the average estimate of 8.6 percent compiled by Consensus Metrix. Adjusted earnings per share also touched an all-time high.

The retailer brushed off concerns that demand would ebb after consumers spent their relief checks. Walmart said Tuesday that government stimulus checks provided a boost in its second quarter, but the benefit faded by July. In contrast, Cornell said that although relief checks helped goose demand — and he’s hoping for a second round of stimulus now — Target’s shoppers kept buying well into July even as the stimulus’s impact waned.

“The stimulus was a factor, but even as it waned we saw strong comparable-sales growth in June and July,” he said. “And we are off to a very solid start in August.

Target said it experienced “unusually strong” market share gains across its five core merchandise categories. That’s a sign that the breadth of the retailer’s offering — from food and apparel to home furnishings and toys — is resonating with consumers that are making fewer shopping trips amid the pandemic.

Clothing sales bounced back from a 20 percent decline the previous quarter to double-digit growth — a notable development given apparel’s general weakness this year. Target’s home decor sales, meanwhile, shot up more than 30 percent, while beauty’s gain exceeded 20 percent. Even food, a weak spot in recent years, boosted sales by double-digits, thanks to a new store brand, Good & Gather, which surpassed $1 billion in sales in less than a year.

The gains were sparked by new shoppers and online growth, particularly in web orders fulfilled that same day. Target reported 10 million new online customers in the first half of the year, spread evenly between the two quarters, showing the company’s continued ability to attract first-time digital shoppers.

Chief Operating Officer John Mulligan said these new digital customers “behave like the rest of our guests,” but one promising note is that their repeat-purchase rate is higher than normal. In other words, they come back to buy more faster than Target’s existing shoppers. “It appears they are much more engaged with us,” Mulligan said on the call.

One big concern for Target investors in recent quarters was the impact that the growth in e-commerce had on the company’s profitability, as digital orders — especially those delivered to the home — entail much higher costs than in-store purchases. First-quarter margins had narrowed considerably.

Target allayed those fears this quarter as its average cost to fulfil each digital order declined about 30 percent, Mulligan said. That’s partly due to spreading fixed costs across higher sales, but Mulligan also said that costs come down when order flow increases, as staffers can pick and pack more orders together and gain efficiency. That’s a big reason why gross margins beat analysts’ expectations.

Shareholders cheered the performance. “A $70 billion market cap that doubled consensus estimates? In three decades of investing I have never seen that before,” said Abhay Deshpande, chief investment officer at Centerstone Investors, which owns Target shares.

Still, there are some weaker spots. Cornell said the school-shopping season has “started more slowly than usual,” but said comparable sales so far in August were still above 10 percent.

The return to classes is typically a key period for Target, given its focus on kids’ apparel and school accessories, along with its growing number of small-format stores located on or near college campuses. The company said it will feature its back-to-school assortment for an extended period this year, allowing parents to delay shopping until they have more certainty on school districts’ plans. It will also move some back-to-college events from inside stores to its parking lots, to help maintain social distancing.

Some analysts have said that retailers might do the same outdoor merchandising during the holidays, but all Target said Wednesday is that deals will likely begin earlier, in October, and it will close its stores on Thanksgiving Day. Otherwise, it’s keeping its options open.

“We will make some big changes,” Cornell said. “There will be a different rhythm this year.”

Target also said it’s reducing the amount of candy it carries for Halloween this year, in anticipation of less trick-or-treating amid concerns over the coronavirus. Instead, it will offer more costumes and spooky home decor items.