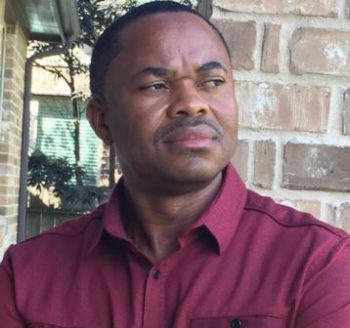 If you are a Nigerian living in the US, nothing is more exasperating than hearing your kith and kin back home extol a man that spews hatred against you for no reason. As someone living in Trump world, you think you might be given a little benefit of the doubt and be heard out but such is wishful thinking. You are dead wrong. In their mind, Obodo Oyibo must have seriously corrupted you to the point of being prejudiced, morally compromised and definitely wrong on the issues. You try hard to explain but your point is drowned in a cacophony of disparate voices throwing up half-truths and clichés. Every one of them claims to have mastered American politics while the homeland is simmering to boiling point. Disappointment and even anger quickly sets in but then all of a sudden you come to your senses. You realize it’s not worth the trouble and pivot the discussion. Your sanity is restored… Well, at least momentarily.

This American President no doubt is very popular among a certain group of Nigerians especially in the southeast. He commands such a huge following and I have heard calls for prayers against his enemies in two different Whatsapp fora. In fact, should Mr. Trump decide to take up citizenship in Nigeria in any event that he gets kicked out of office , he is all but assured of a landslide victory in Ala Igbo. Some Ndigbo believe that the man is in possession of our ticket to the actualization of Biafra.

As disappointing as that is, fact remains that a good number of our people are politically naive and unbelievably uninformed. The think tanks of our popular movements are domiciled in the busy lanes of Ariara and Onitsha markets. From thence, chest-thumping, asinine and ‘feel-good’ positions are formulated with ready blessing from the main street. Our ever timid and readily compromisable elites, self-centered and rent-seeking to the core put up a facade. Our political class, helping themselves with the spoil and co-opting whoever is deemed likely to help in the next dispensation are too busy to even pay any mind. Little wonder we are always getting the short end of the stick.

And so you hear such flattering appellation like Trump “The Alpha male”, “The billionaire maverick” and then my favorite of all, “The defender of Christian faith”. Am not sure how a guy who openly disparages black people and made policies that targets people of color successfully warmed himself to the heart of Nigerians. You have got to belong to a special class of stupid to eulogize your oppressor. But maybe there is a little bit of history here.

President Obama’s rise to power was widely celebrated in Nigeria, for obvious reasons. Every black person I know walked around feeling proud and thumping chest the day after his inaugural. Eight long years after, it seemed like that was all Nigeria got for the massive show of support. For whatever reason he totally avoided visiting the most populous black nation on earth. The few times he talked about Africa, he focused almost entirely on protection of LGBTQ rights. Of course that is not to diminish the importance of human right but we are talking about a continent where her citizens live on less than a dollar a day. And then, the issue of Boko Haram. The Obama administration refused to sell military hardware to the government of Nigeria, citing human right abuses backed by one little known law that forbade such but were quick to oblige Saudi Arabia with far worse atrocities with sophisticated weapon systems. Even when the then President Jonathan administration tried to source it elsewhere, their effort was frustrated by the US under Obama. To make matters worse, they did not hide their support for the emergence of the present government in Nigeria. So yes, our people have every reason to be unhappy with Mr.Obama. What is not clear is why that should translate to love for the enemy hiding in plain sight. Except of course if the bond was built on the hatred for a perceived common enemy.

Perhaps there is a second theory to that. The Stockholm syndrome. That terrible affliction that compels you to start sympathizing with your tormentor believing that you deserve the bad treatment you are getting. Does it mean our people have been so battered and conquered to the point they are now ready to cheer their oppressor and see him as a liberator?

Mr. Trump during his campaign and since assuming office has used every opportunity to denigrate black people. He makes no pretensions about it. From referring to us and the rest of Africa as “shitty” countries to asking Nigerian Americans to go back home to their huts and never come back. He is totally blind to the fact that Nigerian Americans are a special breed, duly recognized by all and known to have done great things all over the place. But it wouldn’t have mattered much if it just ended in him trafficking in hateful and racial comments, something the man is widely known for . It’s much worse. The Trump white house has made it extremely hard for legitimate Nigerians to visit and transact business in the United States. Folks who had been visiting for years all of a sudden were denied entry visa for flimsy or no reason at all. Under him, visa fees have skyrocketed, all in a bid to curtail the entry of a people that don’t look like him. As for being a defender of Christianity, nothing is more laughable than such claim. For someone openly touting his friendship with the Saudis, shielded and vetoed congress vote to punish the Kingdom even after they killed and dismembered a US-based journalist, nothing could be further from the truth. But then that’s not what our folks back home want to hear. Those are all fake news cooked up by gay-loving Democrats to discredit him.

Just to be clear Mr. Obama made some serious mistakes as pointed above and no one is here to give him a free pass. A mistake mostly due to a combination of poor judgment and bad advice from his state department staffers on ground in Lagos and Abuja at the time. There is however no evidence that he holds any grudge against the Nigeria state

The prayer here is that one day our people will start focusing on things that really matter to us. Let’s focus on how to make Nigeria better. Let’s not continue to waste time talking about a man who can’t even point to where Nigeria is on the map or a country whose civilization is generations away from us. We have our own problems to worry about. How to solve it should lead our debate.

Dr. Agbo is the coordinator of African Center for Transparency and writes from USA. Email: [email protected]