USA TODAY is keeping track of the news surrounding COVID-19 as vaccines begin to roll out nationwide. Just this week, the U.S. marked the stark milestone of more than 17 million cases and 300,000 deaths since the beginning of the pandemic. Keep refreshing this page for the latest updates on vaccine distribution, including who is getting the shots and where, as well as other COVID-19 news from across the USA TODAY Network. Sign up for our Coronavirus Watch newsletter for updates directly to your inbox, join our Facebook group or scroll through our in-depth answers to reader questions for everything you need to know about the coronavirus.

► The head of emergencies at the World Health Organization, Dr. Michael Ryan, said a team of international experts looking into the origins of the coronavirus pandemic will travel to China the first week of January. The team will visit the suspected site of the outbreak in the city of Wuhan. “The purpose of the mission is to go to the original point at which human cases were detected and that we fully expect to do that,” Ryan said.

► As apprehension about the pandemic intensifies, more Americans – nearly three-quarters – say they wear masks every time they leave the house, according to a poll released Friday by Kaiser Health News. While 87% of Democrats said they always wear a mask out of the house, 71% of independents and 55% of Republicans said the same.

► Vice President Mike Pence publicly received a COVID-19 vaccine Friday morning. “I didn’t feel a thing. Well done,” said Pence, who called the vaccine safe and effective. Also vaccinated were second lady Karen Pence and Surgeon General Jerome Adams, who held up a thumbs up after getting the shot.

► House Speaker Nancy Pelosi and Senate Majority Leader Mitch McConnell were both given the COVID-19 vaccine on Friday as part of an effort to show Americans the shots are safe and effective.

► The two health care workers in Alaska who experienced adverse reactions just 10 minutes after receiving the COVID-19 vaccine were released from Bartlett Regional Hospital in Juneau on Thursday, according to the Anchorage Daily News. One worker experienced anaphylaxis and was hospitalized for two nights, while the second had a mild reaction and was released after about an hour.

► Johnson & Johnson said Thursday it had completed enrollment for its phase 3 clinical trial for its COVID-19 vaccine with 45,000 participants. The company said it hopes to release interim data by the end of January.

► United Airlines officials confirmed Friday that a passenger who fell ill on one of its flights Monday and later died had COVID-19 symptoms. The flight from Orlando to Los Angeles diverted to New Orleans on Monday night for the medical emergency, and United said the passenger died at the hospital.

► Millions of families struggling with COVID-19’s economic turmoil are seeking help — many for the first time — from charity organizations for meals and holiday gifts. The Salvation Army is projecting 6.6 million people will come to them for support, up from 2.6 million on a regular holiday season, and officials with the organization said they are worried they won’t be able to meet the demand.

► Eight nuns living at a Wisconsin facility for elderly and ill sisters have died from COVID-19 since Dec. 9. The School Sisters of Notre Dame Central Pacific Province said that there were others who have tested positive among the 88 nuns living at Notre Dame of Elm Grove.

► One in every five state and federal prisoners in the U.S. has tested positive for COVID-19, a rate more than four times higher than the general population, according to data collected by The Associated Press and The Marshall Project.

Moderna vaccine set to become the second cleared by FDA

An advisory committee to the U.S. Food and Drug Administration has given a thumbs up to the nation’s second COVID-19 vaccine. FDA Commissioner Stephen Hahn could officially authorize the vaccine as early as Friday, and delivery could begin nationwide by Monday.

The independent Vaccines and Related Biological Products Advisory Committee voted 20-0 with one abstention to support mRNA-1273, a vaccine made in collaboration with the U.S. government by Moderna, a decade-old Cambridge, Massachusetts-based biotechnology company.

“There’s no doubt in my mind – it looks like the benefits outweigh the risks from what I’ve seen,” said Dr. Steven Pergam, a committee member and infectious disease and vaccine expert at the Fred Hutchinson Cancer Research Center in Seattle, expressing the group’s consensus.

Unlike the vaccine the FDA authorized last week, made by Pfizer and its German collaborator BioNTech, the Moderna one will be approved for use only in adults. Moderna recently expanded its research trial to teenagers, but they have not been enrolled long enough to draw conclusions.

After months of contentious negotiations and bitter finger-pointing over their failure to reach a deal on a new stimulus package, lawmakers on Capitol Hill say they are close to an agreement to deliver about $900 billion to Americans reeling from the economic effects of the coronavirus pandemic.

The broad strokes of the package are said to include $300 billion in aid for business,  direct payment of $600 to taxpayers and $300 a week in supplemental unemployment benefits for the millions of Americans unable to find work amid the crisis.

On Thursday, the Washington Post reported that President Donald Trump had wanted to issue a statement calling for larger stimulus payments but White House aides talked him out of it over fears that it would derail negotiations.

A final version of the bill was still being hammered out, but both sides seem optimistic a deal is near.

Restaurants around the country have struggled for months to adapt to the COVID-19 pandemic, facing layoffs and pay cuts and investing in personal protective equipment and outdoor dining infrastructure.

Now there’s another problem: The start of winter weather portends what could be an even darker few months for the dining industry as restaurants struggle to balance safety measures for their patrons and staff with meeting their bottom lines.

“We need to brace ourselves for an even worse period for the restaurant industry,” said Andrew Rigie, executive director of the New York City Hospitality Alliance.

Restaurant sales were about $65 billion in the months before the pandemic but plummeted to $30 billion in April, according to Census Bureau data. They peaked in September at $55.7 billion but declined in October and November.

The Supreme Court ruled Thursday that Kentucky can force parochial as well as public schools to close temporarily because of the coronavirus pandemic, but only because those restrictions are set to expire early next year.

Gov. Andrew Beshear ordered all public and private K-12 schools closed for in-person instruction beginning Nov. 23, limiting them to remote or virtual learning. The order allowed elementary schools that are not in hard-hit areas to reopen Dec. 7 but kept middle and high schools closed until Jan. 4.

Because the schools begin a holiday recess Friday, the justices did not insist that religious schools be allowed to open now. Instead, they denied a challenge from the state’s Republican attorney general and a religious school that argued the closings violated the Constitution’s promise of freedom of religion.

“We deny the application without prejudice to the applicants or other parties seeking a new preliminary injunction if the governor issues a school-closing order that applies in the new year,” the court said in an unsigned order. 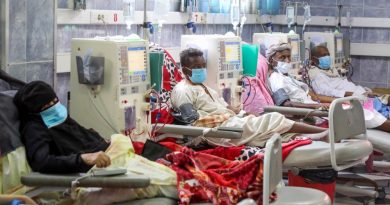 Bernie Madoff: How did he mastermind the world’s largest Ponzi scheme?