He was born in 1936, in Philadelphia. He was 6-11 when he entered Philadelphia’s Overbrook High School, led them to three public school championships and two all-city titles, Chamberlain became one of the most recruited players ever with more than 200 colleges interested, scored more than 100 points in a single National Basketball Association game and averaged more than 30 points a game throughout his professional career. However, when he was in high school, he was the best high school quarter miler in the United States and ran under 48 second. He also high jumped over 6 feet, five inches and was the best shot putter in Pennsylvania. He remained active after his NBA career and was considered an outstanding volleyball player. He also ran in the Honolulu marathon and competed in a 50-mile race in Canada.

Long after his career ended, Chamberlain made news by claiming in an autobiography that he had had sex with 20,000 women. Let’s see how good you are in diagnosing disease. Chamberlain’s health first became an issue in the 1960s, when a former coach told the news media that the star player might have had a heart attack before the 1964 season. But Chamberlain denied it. In 1992, when Chamberlain gathered with former teammates for a halftime ceremony marking the anniversary of their 1971-72 NBA championship, he had to leave early because he was having trouble breathing. He was admitted to a hospital and found to have an irregular heart beat. He was released from the hospital after three days wearing a heart monitoring device.

During his last years, he was diagnosed as having cardiomyopathy which means that his heart was too weak to pump blood through his body and he lost 50 pounds in the months prior to his death. There are three causes of a weak heart muscle. Lack of nutrients, blocked arteries, and infection.

You can suffer from a nutritional deficiency such as beriberi caused by lack of the vitamin thiamine or pellagra caused by lack of the vitamin niacin. This is almost impossible today in North America. The second possible cause of a failing heart is blocked arteries caused by arteriosclerosis and he did not have a very high cholesterol and he did not have arteriosclerosis. The third possibility is an infection in his heart caused by such bacteria as chlamydia and mycoplasma.

The fact that he lost 50 pounds and was unable to go anywhere in the last months of his life point to a diagnosis of cardiomyopathy, that’s heart muscle damage, caused by infection with chlamydia or mycoplasma, from making love to considerably less than the 20,000 women that he claimed. That comes to 500 women per year, or 10 different women per week for 40 years, which would make the world’s greatest athlete, the most prolific lover of all time. Cardiomyopathy is often caused by chlamydia.

Chamberlain’s body was cremated, so we will never know for sure how he died. 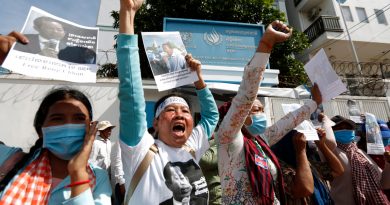