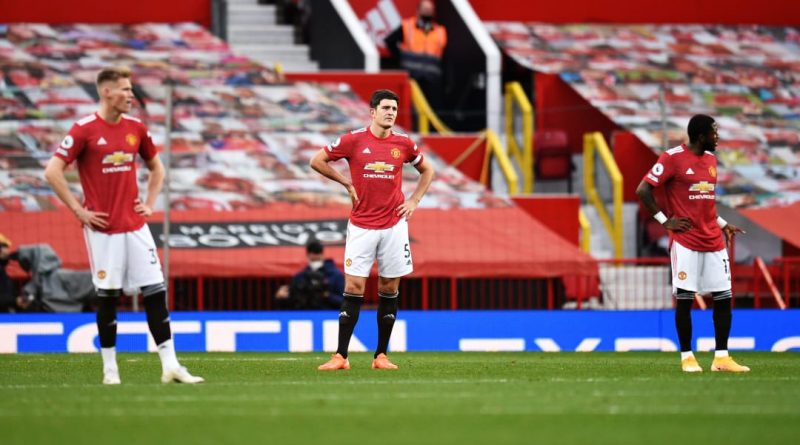 Manchester United legend Patrice Evra says some players in his former club need to be slapped, following their humiliating 6-1 defeat against Tottenham Hotspur at Old Trafford on Sunday.

Evra expressed his fury in the aftermath of United’s horrific performance, which also left him considering his position as a pundit at Sky Sports.

United had the dream start as they were awarded a penalty after just 23 seconds and Bruno Fernandes coolly converting.

Also Read: Mourinho: Beating Manchester United 6-1 An Honour For Us

Spurs scored a second in the seventh minute as Kane’s quick free-kick played Son who cleverly chipped the ball past David De Gea.

Then Anthony Martial was shown a straight red card for lashing out with a slap on Erik Lamela before a Tottenham corner.

Three minutes later Spurs made it three as Kane got on the scoresheet, but it was suicidal defending from United as Bailly played a loose ball, Kane won it back and was then on hand to fire home after Son had set him up.

Spurs made it 4-1 in the 37th minute as Serge Aurier was allowed far too much space down the right and he crossed for Son who rolled home from close range.

Aurier made it five after picking his spot in the 51st minute off a Pierre-Emile Hojbjerg’s defence-splitting pass sliced United open.

It got even worse for the hosts as they gave away a penalty of their own, which Kane rifled into the top-left corner to make it 6-1 – the game’s final score.

“I’m really emotional. It’s difficult to talk – a man like me I’m a positive person.

“I don’t promote violence, but many people need some good slap right now in the team.

Evra went on to comment on his punditry job at Sky Sports after the loss, adding:”Alexis Sanchez made a comment. He said when he signed for United at his first training session he asked his agent to end up his contract.

“That’s what I’m going to ask to Sky. I really would like to end my contract with Sky.

“Because it’s my second game, I’m a positive person and I never want to talk about United because when you tell the truth it can hurt and I’m passionate and I love my club.

“I know you have to have some filter when you talk on TV, but it’s a shambles…

“No-one has any excuse, they let down all the United fans.

“And I don’t care about the result because I’ve been beat 6-1. It’s just about every year it’s the same story.

“I feel now what all the United fans [feel]. That’s why I’d prefer to comment different games than the United games if I keep working for Sky.”