Today’s music fan interacts with a “community” that is far larger than anyone ever dreamed possible before the widespread personal use of the Internet. This social networking is changing the way people market and sell music and it’s doing so on a global scale.

One fan hears a song and “tells” a dozen others online. Each, in turn, sends the information (and sometimes the entire song file) to another dozen people, and so on. If the song’s hook is catchy and universal enough, the artist can reach thousands of fans in a matter of seconds. It’s fast, it’s easy, it’s free, and it’s global.

Does this viral communication bring any income for that artist (or songwriter, or publisher, or manager, or agent, or distributor, or record label)? No. But does it provide vital publicity that has the potential of selling singles, albums, concert tickets and merchandise? Absolutely.

The New Means of Marketing:

This is a quantum shift in marketing. It holds out the possibility of bypassing brick-and-mortar distribution, while severely curtailing the barely-legal forms of radio “promotion” that many in the industry openly refer to as payola or commercial station extortion.

All this is possible thanks to an ever-growing variety of online forms of communication, including music sites, web portals, blogs (weblogs), music forums, and more. A new site called MySpace.com has put all of these elements together in one place. And because of their vision, MySpace is becoming an information destination for bands, fans, filmmakers, writers, artists, record industry professionals, and more.

The MySpace Nation: “Where do you live?” used to be a question that was spoken out loud; it’s now typed. The answer to that question used to simply signify which part of a city you were from, with an accompanying suggestion of your socio-economic status, and a hint about which mall might be your usual hangout; it now refers not only to your city, but also your state, region or country.

Your virtual “scene” may involve people anywhere on the globe. My virtual community begins in Los Angeles and extends to Moscow, Big Bear, Amsterdam, San Francisco, London, New York, Miami, and several places I have not yet learned to spell correctly. In fact, thanks to social networks like MySpace, one can interact with several scenes. The people who like my goth songs overlap slightly with the rave-trance songs on my remix album, but they are not interested in the music I create for radio and television commercials (they can be quite disdainful of it, in fact). But each social network welcomes news of new music in their own favorite styles.

MySpace: The Future is Now

With two million members (and growing), MySpace.com offers a multi-level entertainment opportunity involving blogs, instant messaging, classifieds, peer voting, special interest groups, user forums and user-created content. Is it popular? You bet: they have statistics that show the site receiving 35 million impressions per day at an average of one hour online per visit. So far, all MySpace services are free, with the site supported entirely by advertisers who are eager to reach exactly the young, web-savvy and web-social music fan that MySpace.com attracts.

Created by Chris DeWolfe and Tom Anderson, MySpace is already successful on a level that caught many industry onlookers by surprise. While the main MySpace site leads to pure social networking, the section of the site called MySpace Music is a revolutionary way to reach their built-in web audience of two million networked users, and has the potential of rapidly expanding beyond that already impressive figure. As a means of launching unsigned and emerging recording artists, MySpace Music is a formidable tool.

Inside the Minds of the MySpace Creators:

“MySpace Music is what MP3.com should have been, but never was,” Anderson said. “Very few people go to a website looking for bands they’ve never heard of. MySpace Music lets people find music online in the same way they find out about music in person: through their friends. Millions of friends come to MySpace to socialize, and through that process — word of mouth and recommendations of friends — bands get exposure to new fans and fans to new music.”

DeWolfe continues, “The most exciting use of MySpace Music is the way it’s changing the band-to-fan dynamic. A band can go on MySpace and find potential fans all over the country just by sending an e-mail and saying ‘Hello.’ Bands are developing followings and finding street teams online.”

Offering downloads, band web pages, and the ability to connect directly with artists is just part of the attraction of MySpace Music. Each visitor to the site also can participate via user testimonials and ratings. The artists are also able to access a wide variety of music business contacts.

G-Man: What’s the history of MySpace?

Chris DeWolfe: We launched the general MySpace site in September of 2003. Our vision was to create a portal where our users could mobilize and connect around shared interests — whether those interests be music, television, dating, nightlife, politics, religion or anything else.

G-Man: How does music fit into the MySpace network?

Chris DeWolfe: Almost from the day we launched, music became one of the primary interests of MySpace users. We believe that most people hear and sample new music based on recommendations from friends. The network affect of our site (friends telling friends), allows new trends and music to spread very quickly. At the same time, bands began flocking to MySpace as a mechanism to promote themselves, find new fans, book shows, and even secure label deals.

G-Man: What are the revenue streams for MySpace?

Chris DeWolfe: MySpace is currently supported by online advertising and sponsorship. We may add premium services later, but any service we currently offer for free will stay that way. We’ve been lucky to secure top tier advertisers such as Sony Music, Interscope, Warner Music, Dreamworks, Napster and others. The promotion works for these types of advertisers because most of our users are hip 18-34 year-old influencers who love music and frequently go to movies during the opening weekend.

G-Man: What are the advantages for artists using MySpace?

Chris DeWolfe: Artists may sell their CDs on our site. The primary use so far has been for bands to mobilize new fans who they ordinarily wouldn’t have met. A band from Iowa can quickly develop a following in New York or Los Angeles. Additionally, bands use the site to book tours and fill venues. The MySpace social network is international. Because MySpace is an online network, it makes geographical boundaries less relevant.

G-Man: Can you compare the MySpace entity with other networking sites?

Chris DeWolfe: Most sites are narrowly focused on business networking, classifieds, or dating. MySpace is a portal that uses a social networking infrastructure. MySpace includes, games, blogs, music, classifieds, forums, mail, instant messaging, and user rankings. Our model has lead to an incredibly sticky site where the average user spends over an hour per session on the site. We have also served more page views than our largest competitor in each of the last three months.

MySpace is just extending functionality around existing mass behavior. Most if not all of those other sites didn’t or don’t have that luxury — they were counting on behavior to develop around functionality. To put it another way, we’re not building it, hoping people will come. People are already on the site sharing information about bands; bands are already recruiting fans and local help; users are already clamoring to download music; they’re already ranking and rating music; they’re already showing up at our parties to hear music they learned about on MySpace. MySpace music works because two million people are already doing what we’re now making it easier for them to do.

G-Man: What marketing arenas are involved (or planned to be involved) with MySpace?

Chris DeWolfe: Two of our bigger marketing partners are the Warped Tour and Rock The Vote. The Warped Tour, in particular, is a great fit for us. We are sponsoring the Uproar Stage and bands from MySpace will be playing at Warped Tour venues. This partnership offers great exposure for MySpace Music and participating MySpace Music bands.

Rock the Vote is also a great partner as it fits in with our mission of allowing our users to mobilize around shared interests. MySpace users can register to vote directly from our home page. We will also be participating in several of their music shows.

Strategic partnerships are developing almost as fast as bands are meeting fans on the site. The Los Angeles Music Network (www.lamn.com) will bring its membership base and marketing strength into a partnership arrangement with MySpace.

Linking listeners, reaching behind borders, and uniting musicians with fans and industry professionals, the MySpace nation is a phenomenon. Since a passport is free, everyone in music marketing had better pay a visit. It’s at http://www.myspace.com. See you there. 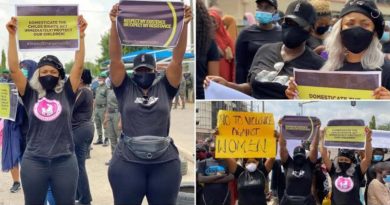 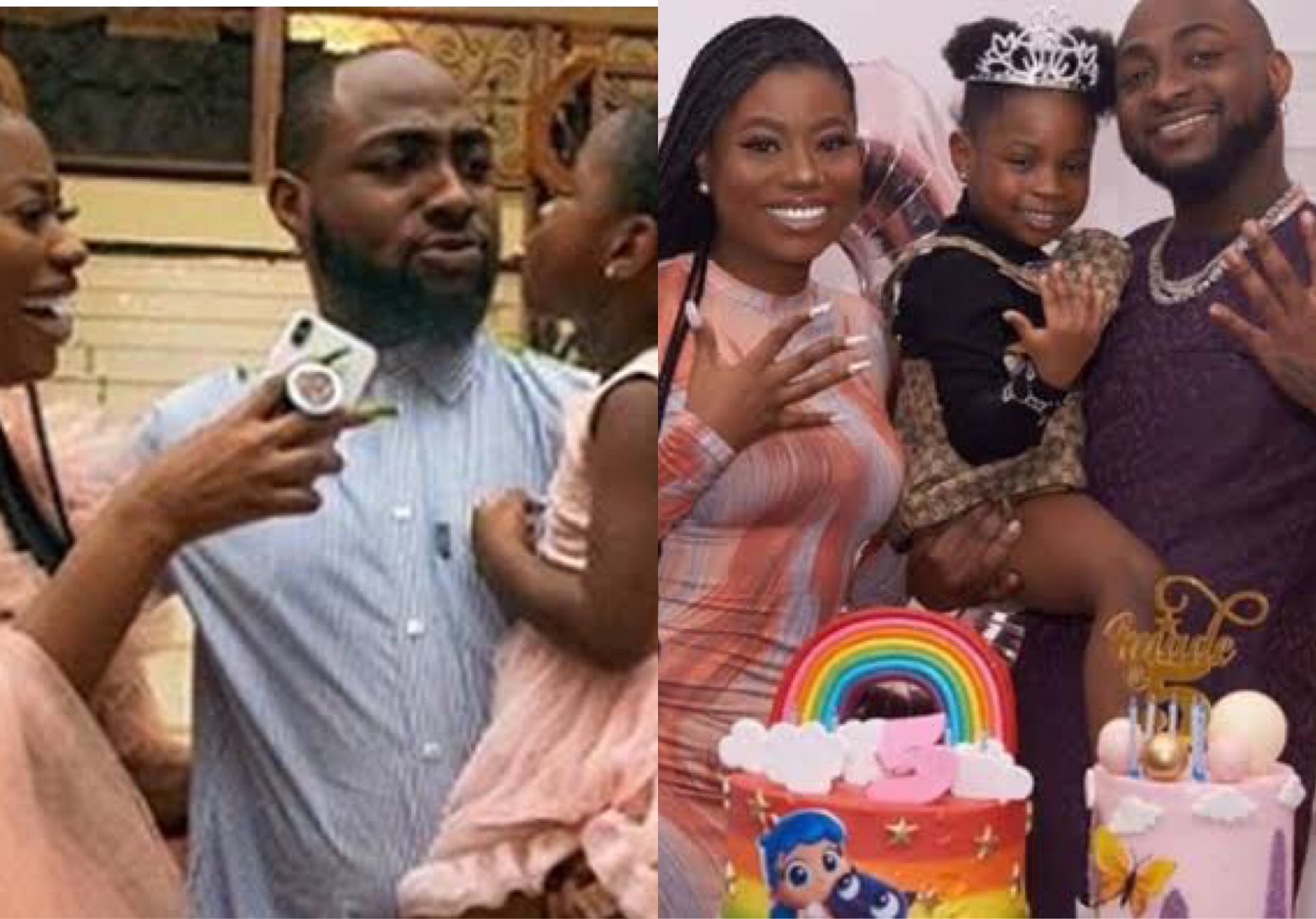 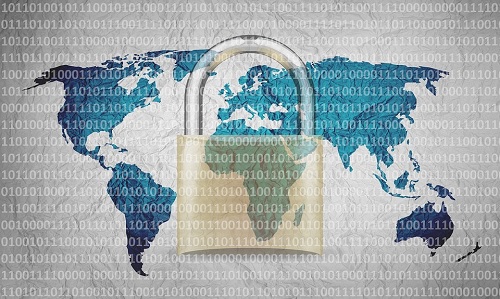 Steps to Finding a Secure Online Casino in Nigeria