“Our husbands were both charmers. Seducers. I say were. Yours still is”: a short story by Elspeth Sandys

I hadn’t intended to approach her. I’d never even met her before. Like most other people I knew her only by reputation. Bethany Gallagher, poet, widow of Joshua Gallagher whose fame  – or more accurately, in the light of recent revelations, infamy – shadowed her like Mary’s little lamb. It was seeing her sitting alone with only her phone for company that put the idea in my head. If anyone could advise me it was her.

“Hello,” I said. I glanced over my shoulder. This room was for guest speakers only. With luck we wouldn’t be disturbed. “Not intruding, am I?”

She waved a hand. Impossible to tell whether she was dismissing me, or the idea that I was intruding.

“Sorry, I should introduce myself. My name is …”

“I was at your session yesterday.”

“Well they should. Who was it said all writers are children at heart? Probably no one. And everyone.” A smile flitted across her face, softening its patchwork of grooves and lines. Gaunt was the word I’d heard used to describe her. She wore no make up. Never had, I read somewhere. She was 67 but looked older.

“Your session was very interesting,” she said.

Interesting. What was I supposed to make of that? Interesting how? “Do you mind if …?” I nodded at the nearest chair.

She inclined her head.

“Advice,” I blurted, encouraged by that smile. “I’ve come to you for advice.”

“It’s not about writing,” I said, pointlessly, since what it was about would be blindingly obvious any minute now. If it wasn’t already.

“I’d have been surprised if it was,” she said.

I took in a jerky breath. How do you start on something like this? “I was going to ignore it,” I said. “Not even read it. But …”

“It’s attracted a lot of attention.”

“That kind of memoir usually does.”

“I could have ignored it, but then the rumours started and …”

“I don’t listen to gossip. Don’t get the chance. I live remotely.”

“My patch of it doesn’t even have a name.”

I looked at her face, her greeny-grey eyes, her tiny, laid-back ears, her thick silvery hair pulled back in an untidy pony tail and, like everyone else, I wanted to ask her what it was like being married all those years to a legend, one with giant feet of clay. She can’t, surely, have known what he was like when she married him. The other women, maybe, but not … I cleared my throat. “Your husband,” I began.

Her eyebrows shot up. “You want to talk about Josh?”

“Because I rather thought it was your husband you’d come here to talk about.”

“Friends,” I said. “Your husband and mine. That was all I was saying.”

“Plumbers,” she said with some vehemence. “Would you assume they were alike if they were plumbers?”

She shook her head. I’d annoyed her. But of course, I thought. The most shocking revelation in that memoir was not about my marriage but hers. How could I have been so insensitive?

“Did you really not know?” she asked me.

“You thought it would stop when you married him. Oh dear.”

A sudden hot flush of anger shot through me. How dare she judge me? When Josh died two years ago my husband gave the eulogy. All the things they shared – age, background, vocation, struggle – were there in that speech. But so was something else. At the time I thought it was rivalry.  Now I’m wondering if …

“You know what they say about memoir,” she said. “It’s an act of self-forgiveness.”

“You want to know what to do about your marriage. You want me to advise you.”

I stared at her. She wasn’t asking, she was telling. And she was right, of course. But did she have to put it so bluntly?

“Ah …” A dreamy look came on to her face, vanishing moments later when she shook her head. “No,” she said. “I stopped being naive long before that.”

“You’re right,” she said into the silence, “they were alike. Our husbands. In one way at least. They were both charmers. Seducers. I say were. Yours still is.”

I found myself smiling back. Suddenly it wasn’t her advice I wanted, it was her friendship. “I was naive,” I admitted. “I did think …”

“You wouldn’t be the first.”

I looked down at my hands. It’s what I do when I don’t know what to say. I thought of all the things hands do. Thought of my hands on my husband’s body. Thought of his hands … Had I really come here for advice? At that moment it was sympathy I craved. Fellow feeling. I wanted her to hold my hand …

Soon after Josh died, Bethany moved to the King Country where she has stayed ever since. Her first poetry collection came out earlier this year. It’s why she’s here at this small town festival. If that memoir hadn’t been published she might have got away with just being asked about her poetry. Instead she’s been deluged with questions about her husband. Instead she’s having to deal with me.

“I haven’t read your book,” she said suddenly. “The latest one. I’ve read most of the others.”

I let out a startled laugh.

“What are you? Wife number four? Five?”

“Love lust loneliness,” she chanted, “but the greatest of these …” She broke off, turned to the window. An angry-looking fern, more black than green, scratched at the glass.

Her head shot back. “Oh God don’t call me that. Makes me sound like a hostel for unmarried mothers. Beth. If you don’t mind.”

“I did in the beginning. Very much.”

“Ah, but you didn’t know him then.” Beth tilted her head, sizing me up like a bird eyeing a worm. Her hair hung like a fox’s tail over her shoulder. “I have another question for you,” she said. “What do you think of your husband’s work?”

“His writing. The stories he tells.”

“Would you say it’s the work of a genius?”

I laughed. I could feel the colour rising in my face. She was looking at me as if she’d just caught me out in a lie.

“You don’t have to believe everything he’s written is genius. It’s enough that you think he belongs to that tribe. That his work matters.”

“Not me you have to convince.”

“I’m not the right person to judge.”

“Baloney. You’re the best judge of all. If you’re convinced he’s a genius then he really is. You have no illusions.”

I closed my eyes. Suddenly I hated her. Hated the pain in her eyes. Hated the Sophie’s Choice she’d thrown at me. She stayed with a man who not only betrayed her but – if the revelations are true – broke the law, because she thought he was a genius. Well that might have worked for her but …

“You wanted my advice,” she said, her voice weary, as if she was as impatient as I now was for this conversation to end. “So here it is. If you leave him – and I assume that’s what you’re considering – you must know exactly who it is you’re leaving. Either way you will suffer. That I can promise you. Get-out-of-jail-free cards do not apply in this situation.”

I held my breath. I had an overwhelming urge to block my ears. 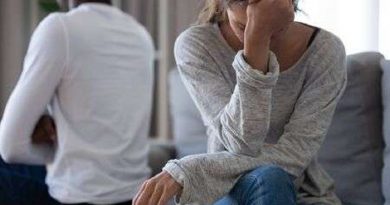 Is It Pressure Or Lust-Please Advise