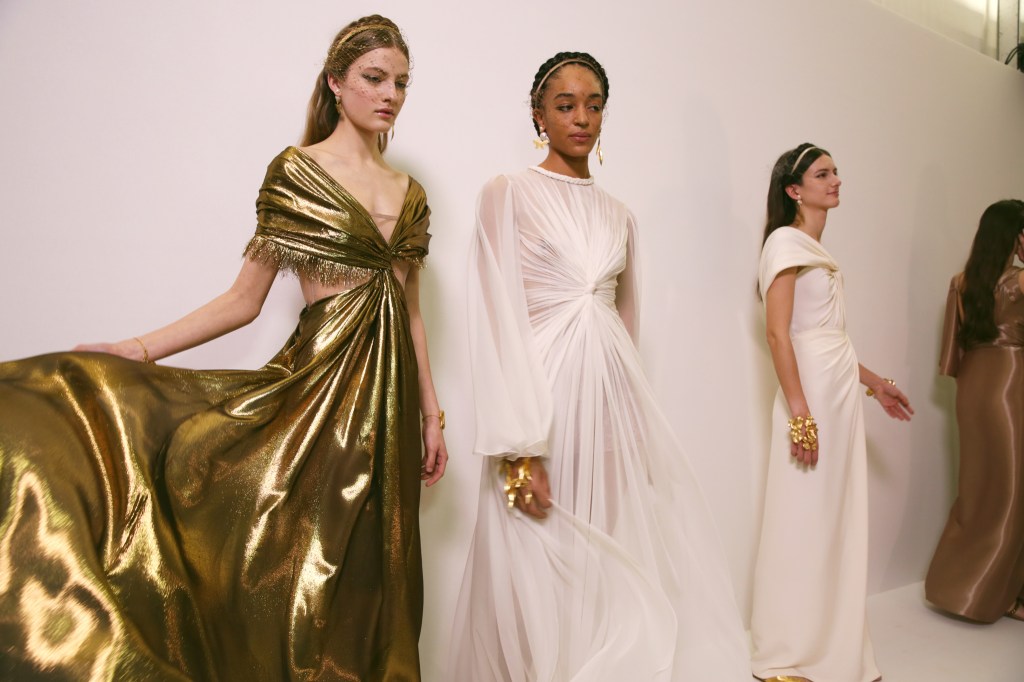 
PARIS — With 15 physical runway shows on the calendar, almost double the number of last season, Paris Couture Week is starting to look a whole lot like its pre-pandemic incarnation.

Giorgio Armani has canceled his Privé haute couture spring 2022 show, and Azzaro Couture has also scrapped its plans for a runway display.

Iris Van Herpen, who is planning a big show in July to mark her 15th anniversary in fashion, decided not to show a new collection this month. Instead, she is displaying a selection of looks from previous haute couture collections at her biannual showroom at the Atelier Néerlandais in Paris.

Also at the July shows, Giambattista Valli plans to mark his first decade in haute couture with a special show.

Here are seven things to know about this week:

Following a change in French law, only vaccinated people will have access to events on the official calendar. A negative test for COVID-19 will no longer be sufficient but may be required as an additional precaution. Non-European nationals must convert their foreign vaccination certificate into a French vaccination passport with a QR code.

Schiaparelli Returns to the Runway

The week kicks off with the Schiaparelli show at the Petit Palais at 10 a.m. on Monday, marking the French couture house’s return to the runway for the first time since the coronavirus pandemic began.

Artistic director Daniel Roseberry has become the darling of celebrities like Cardi B, Beyoncé and Lady Gaga, racking up red carpet appearances and magazine covers while staging digital-only presentations.

For spring, he promises a minimal new look, with a palette of black, ecru and gold, though there will still be plenty of fantasy and embellishment.

The set for Dior’s spring couture collection by artistic director for women’s collections Maria Grazia Chiuri will feature the work of Indian artists Madhvi and Manu Parekh, rendered in embroidery by the Chanakya ateliers in Mumbai.

The show, to be held at Rodin Museum at 2:30 p.m. on Monday, with a repeat show at 5 p.m., is designed to shed light on the French fashion house’s creative dialogue with India. It marks the first time that Chiuri, known for her collaborations with female artists, is bringing a male artist into the mix.

“The objective was to underscore, through this couple of artists, the male/female dichotomy, not as opposition, but as complementarity, as perpetual enrichment,” the brand said.

Madhvi Parekh, born in 1942, is known for her vivid and surreal paintings inspired by narratives and folk stories from her childhood spent in rural India. Her husband, born in 1939, is noted for his surreal landscapes of the holy city of Benares. The work of the two artists will cover the entirety of the walls, composing a retrospective of the couple’s art.

Following the show, the structure will be open to the public from Jan. 25 to 30 as a temporary exhibition.

Brand ambassador Charlotte Casiraghi can be seen riding a horse through a set punctuated by sculptures, geometric drawings, rings and cockades designed by Veilhan.

It will be something of a homecoming for the Belgian designer, who is creative director of Paris-based Y/Project, as well as Italian lifestyle brand Diesel. After he staged his graduate show at Antwerp’s Royal Academy of Fine Arts in 2008, Gaultier recruited him as junior designer for his women’s pre-collection and the G2 men’s label.

This will be Martens’ first stab at high fashion. It’s a chance to interpret Gaultier’s vast and eclectic design vocabulary and to take advantage of his atelier’s knowhow with tailoring and elaborately embellished flou.

His one-off couture collection, to be unveiled at Gaultier headquarters on Wednesday at 2:30 p.m., will be under the moniker “Gaultier Paris by Glenn Martens from Y/Project.”

Valentino will stage its first physical haute couture show in Paris since the onset of the pandemic, after showing its collections in Italy and online for the last three seasons. The brand is scheduled to unveil its spring collection at 1 p.m. on Wednesday at its headquarters on Place Vendôme, having previously shown at the Hôtel Salomon de Rothschild.

Last season, creative director Pierpaolo Piccioli collaborated with an eclectic and international group of 17 artists for his Valentino Des Ateliers couture collection shown in Venice. The brand has yet to lift the lid on the inspiration for this season.

Kim Jones will stage his first physical couture runway show with an audience since making his debut as artistic director of couture and women’s wear collections at Fendi one year ago. His debut show last January, with a star-studded cast including Demi Moore, Naomi Campbell and Kate Moss, was set in a glass maze at the Palais Brongniart, which is also rumored to be the venue for Thursday’s show at 2:30 p.m.

The week will feature presentations of new high jewelry pieces from leading houses including Cartier, Chaumet, Boucheron, Bulgari and De Beers, alongside independent designers such as Cindy Chao and Fawaz Gruosi.

Visitors sticking around until the weekend will be able to catch the sprawling exhibition celebrating the 60th anniversary of the house of Yves Saint Laurent. The late couturier’s creations will be displayed at six major Paris museums alongside some of the art works that inspired them.

Imagine his 1965 Mondrian dress, juxtaposed with the Mondrian painting it references, at the Centre Pompidou. Or a period-style polka-dot dress from 1986, displayed next to fragments of Claude Monet’s version of “Le Déjeuner sur l’herbe” at the Musée d’Orsay.

Meanwhile, the latest exhibition at the Fondation Azzedine Alaïa will delve into the period between the Tunisian designer’s departure for France in 1956 and the launch of his first ready-to-wear collection in 1982. In the intervening years, Alaïa worked for private clients including screen legend Greta Garbo. “Alaïa avant Alaïa” (“Alaïa Before Alaïa”) is scheduled to run from Friday until Oct. 24. 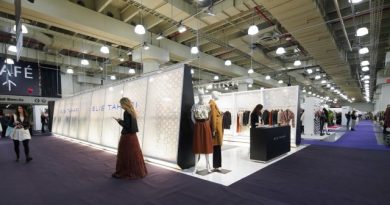