Victor Osimhen was in the starting eleven and eventually came out tops over Cristiano Ronaldo as Napoli pipped Juventus 1-0 in the Serie A on Saturday.

The Super Eagles striker was later replaced with 15 minutes left in the game.

Lorenzo Insigne was the hero as he ended his Juventus penalty curse and scored his 100th goal for Napoli.

Napoli have now won two matches in a row against Juventus in Serie A for the first time since 2011.

They are in fourth position on 40 points while Juventus are third on 42 points and eight points behind AC Milan.
This was the first Serie A meeting of the season between both teams, as the October trip to Turin was cancelled due to COVID cases, initially earning Napoli a 3-0 defeat and docked point, a decision revoked on appeal.

That fixture is yet to be rescheduled, but they did meet in the Supercoppa last month, Juve winning the trophy 2-0.

Former Arsenal goalkeeper David Ospina pulled out in the warm-up while Paulo Dybala, Arthur and Aaron Ramsey were ruled out for Juventus.

Napoli had penalty appeals waved away, as Nikola Maksimovic nodded the ball onto Giorgio Chiellini’s arm from point-blank range.

However, Chiellini made another error when jumping with his arm on Amir Rrahmani’s face and this time VAR did consider it a foul, as did the referee following his on-field review.

Despite missing three previous penalties against Juventus, including one in the Supercoppa last month, Insigne still stepped up and buried it into the roof of the net.

Juan Cuadrado went off with a muscular problem, but Juve poured forward from the start of the second half, Ronaldo drilling wide, then volleying straight at Meret from point-blank range on a corner.

Meret had more work to do, standing tall to beat away a ferocious Chiesa strike, then Chiellini was offside when setting up Alvaro Morata to score.

An Alex Sandro snapshot flew past both the far post and Ronaldo sliding in, then on the counter Ronaldo saw his effort denied by Meret’s legs at the near post.

Chiesa drilled inches wide from the edge of the area following an Eljif Elmas error, but Meret again used his legs for a sensational save on Morata from six yards.

It was a siege in the closing stages, including six minutes of stoppages, but Napoli held on to secure the three points. 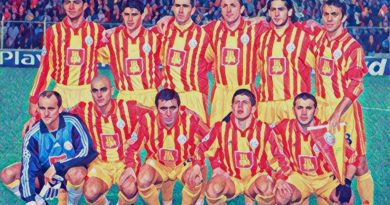 Juve on Top! New Champion of Serie A