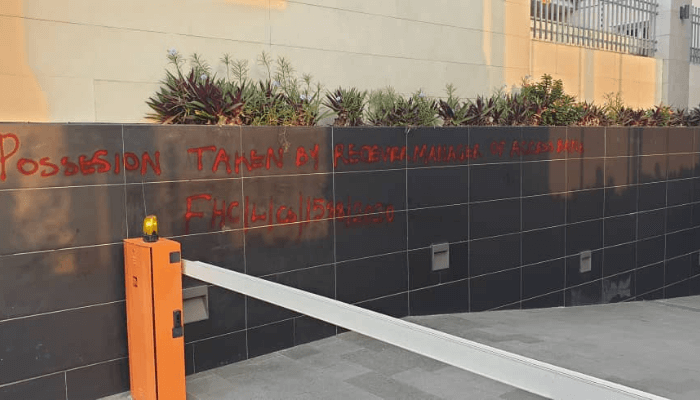 Seplat Petroleum Development Company Plc, a Nigerian independent oil and gas company listed on both London and Nigerian Stock Exchanges has won an appeal to unseal its corporate head office in Lagos.

Seplat had appealed the December 24, 2020 decision of the Federal High Court granting injunctions that, among others, resulted in the sealing of its corporate offices in Lagos. Seplat’s Corporate Head Office is situated in a building located at 16A Temple Road, Ikoyi, Lagos. The building is not owned by Seplat.

The trial judge, Hon. Justice R.M Aikawa, of Lagos Division of the Federal High Court, had in the said ruling in Access Bank Plc. V. Seplat Petroleum Development Company Limited declined to discharge the orders of interim injunction made ex-parte against Seplat on November 23, 2020, as amended by the order made on November 30, 2020.

Friday’s decision by the Court of Appeal demonstrates the strength of Seplat’s case. No doubt Seplat will continue to vigorously defend itself against its unmerited inclusion in the court action by Access Bank Plc.

He held that Access Bank had nothing to lose if Seplat continued to discharge its obligation to its numerous clients. Two other justices of the court – Umaru Abubakar and Bayero Abdullahi Mahmoud agreed with the lead ruling.

The appellate court also lifted the order stopping banks from fulfilling their obligations to Seplat under banks-customers relationship. Justice Ikyegh, however, ordered the company to issue a bond of $20 million in the name of the court’s Chief Registrar, an order the company’s counsel Etigwe Uwa, SAN said had been complied with.

In suspending the order, the court noted that Seplat supplied gas to three power plants that generate almost 40 per cent of power supply in Nigeria and that it would not be able to deliver this service if the order was not suspended.

The court rejected Access Bank’s argument that suspending the interim order would amount to dabbling into the substantive issues that ought to be determined while hearing the main appeal.

“The fear and anxiety expressed by the 1st Respondent (Access Bank) appeared unfounded. It would also not amount to hearing the substantive suit,” Justice Ikyegh held.

He further held that the Supreme Court had established the principle that in appropriate cases, the discretion of the court should be exercised in favour of the party that would suffer if the interim order was not lifted.

“The Supreme Court has held that where machines and workers would be rendered useless, the court would intervene. Disruption of business should be considered in the issue of balance of convenience. The court will exercise its discretion in suspending the injunction. Practical approach should be adopted and not do injustice to any of the parties. Where considerable hardship will be done to a party, the court will intervene by suspending the injunction or stay it. I found substance in the argument. The injunction restraining the appellant from operating is hereby suspended. Order on its accounts are also lifted pending the determination of the appeal,” Justice Ikyegh held.

Recall that in an affidavit deposed to in support of the application, Seplat maintained that it had no connection whatsoever with the loan in issue or the debenture with which it was secured and that the high court was wrong to have issued the order sealing its premises.

Seplat argued that whereas its application to vacate the said order was filed and argued by the parties, the lower court failed to rule on it.

In the appeal, Seplat maintained that it has no connection whatsoever with the said credit facility or the debenture with which it was secured hence no Receiver/Manager had been or could be validly appointed by Access Bank in respect of the assets and undertaking of the company.

Through its counsel, Seplat also contended that the affidavits filed in support of the application for the interim injunction and the Motion on Notice were defective, while also alleging material misrepresentation and suppression of facts on the part of Access Bank, especially the claim by the bank that Seplat and its chairman undertook to repay the indebtedness of Cardinal Drilling Limited when no such undertaking was made by either Seplat or its chairman.

On 2nd December 2020, the building in which Seplat’s Corporate Head Office is located was sealed in connection with a court case concerning an outstanding loan to Access Bank Plc by Cardinal Drilling Services Limited (“Cardinal Drilling”), a third-party providing drilling services to Seplat. 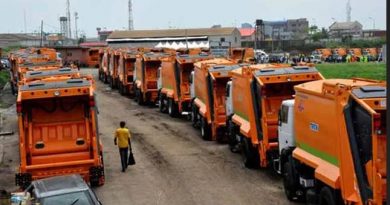 Shock As Alleged Massive Fraud Is Uncovered In LAWMA