Discloses why APC stepped down restructuring bill in 2018

It’s all part of APC’s lies to Nigerians — Ohanaeze

The Kaduna State Governor and Chairman, All Progressives Congress, APC, Restructuring Committee, Mallam Nasir El-Rufai, yesterday took a swipe at Northerners opposed to restructuring of the country, saying they were doing so for selfish reasons.

He also said the draft bill produced on restructuring by his committee in January 2018 was stepped down for fear of politicization, ahead of the 2019 general elections.

However, El-Rufai’s comments drew the ire of Yoruba socio-political organisation, Afenifere, and its counterpart in the South-East, Ohanaeze Ndigbo, who described it as a ploy to hoodwink Nigerians.

But the governor, who spoke while fielding questions at a panel discussion at the on-going 26th Nigerian Economic Summit, NESG, holding at Transcorp Hilton, Abuja, pointed out that there was a difference between the position of the Northern Elders Forum, NEF, against restructuring and northerners as a people.

He argued that there were over one hundred million Northerners whose interests were at stake, maintaining that whatever advantages an individual was getting for himself did not apply directly to the entire north.

‘No advantages to the North’

“As governor of Kaduna State, I have had to look at these issues and try to see how I can get the people of my state up on the ladder. I think you need to differentiate the knowledge from a few and the voice of the silent majority,” he said.

El-Rufai, however, regretted that certain people present restructuring in a derogatory way in a manner that portrayed all the northerners as backward people.

He said: “The way some people present restructuring is so insulting and derogatory. We should have an honest conversation on what is working and what is not. We don’t have anything to benefit from making derogatory remarks against a particular group of people because of restructuring.

“If there are northern leaders today by virtue of the fact that I am a governor, I must be there. So, who are these northerners against restructuring? Who are they? Who are they speaking for? So, let us have a very honest, unemotional conversation without looking down on people or insulting them or framing them.”

El-Rufai, who noted that some interested members of his party are making frantic efforts to get the draft bill presented to the National Assembly for consideration before the end of the tenure of the present administration, said the ruling party is still committed to restructuring.

The governor spoke while fielding questions at a panel discussion at the on-going 26th Nigerian Economic Summit, NESG, holding at Transcorp Hilton, Abuja.

He explained that the committee made bold recommendations at the time and prepared a draft bill for onward transmission to the National Assembly which every lawmaker could take up and sponsor as a private bill.

According to him, “we do not need an executive bill to start action on the draft bill submitted by the committee.”

The governor insisted that it was the position of the party and the President to see the draft bill passed into law, assuring that consideration of the bill would soon commence.

“The consideration could be done piecemeal as we do not require an omnibus amendment of the constitution to restructure the country,” he said.

‘Violence worse in Northern Kaduna than its South’

He, however, declined to speak in detail about the real cause of the violence, promising that he would make himself available only if a separate session would be arranged to discuss the issue.

The governor noted that the crisis was over 200 years old and could not be tackled in a minute.

On population, El-Rufai argued that population could only be controlled through education of the girl-child.

“Countries that controlled birth rate through legislation are now reversing it. There is a lot of debate on that because countries that have tried to curtail demographic growth like China have now reversed themselves.

“Singapore even pays you to have children. The current thinking in developing economies is that population growth is not bad if you can ensure that the population is educated and healthy.

“The way is to ensure that the girls get at least senior secondary school level because now they take their fate in their own hands. They start at least from the age of 18.”

It’s a game to hoodwink the unwary — Afenifere

Reacting yesterday, Afenifere, in a statement by the National Publicity Secretary, Yinka Odumakin, said: “El-Rufai can go to an assembly of fools and tell them such fallacious fabrications and they will cheer him but he should know that he cannot say that to enlightened people. This is taqqiya next level.

“If his reason was valid, why have they not reintroduced it after the 2019 elections? He will say it is because of COVID-19 and EndSARS? These fellows take fellow citizens to be fooled. There is no game they will not play on the way to 2023 to hoodwink the unwary.”

On its part, Ohanaeze Ndigbo said Nigerians were wiser now to be hoodwinked, adding that the only thing that would convince Nigerians was for APC to ensure restructuring of the country before 2023.

Speaking through his Special Adviser on Media and Publicity, Chief Emeka Attamah, the President General of Ohanaeze Ndigbo, Chief Nnia Nwodo, said what would excite Nigerians would be to hear that President Buhari has ordered the restructuring of Nigeria.

“Why is it that this administration thrives on lies? There is no programme of theirs that they promised Nigerians that has been realised.

“One would recall that it was in the build-up to the 2019 elections when the Southern and Middle Belt Leadership Forum was agitating for restructuring that APC half-heartedly set up the Governor El-Rufai Committee and no sooner was the election conducted and they consigned whatever recommendations they made to the dustbin.

“Now, they have come again. Motion without movement. I think Nigerians are wiser now and cannot be hoodwinked by any tongue in cheek pretentions any longer.

“Until they take any visibly convincing steps this time around, the whole El-Rufai story is hogwash. Restructuring is incontrovertibly inevitable before Nigeria collapses.

“Let them carry out the restructuring of the country before the 2023 elections to acquire some vestige of credibility before Nigerians and the international community.

“Let the breaking news be: President Buhari orders the restructuring of Nigeria immediately. By that, he would have written his name in gold. All the sins of this administration will be forgiven and forgotten and he will become one of the greatest, if not the greatest leader of Nigeria.”

Apex socio-cultural organization of the South-South geopolitical zone, Pan Niger Delta Forum, PANDEF, has said that the ruling All Progressives Congress, APC, is not honest with Nigerians.

National Chairman of the forum, Air Commodore Idongesit Nkanga, retd, made the remark yesterday while reacting to a statement by Governor El-Rufai that the draft bill on restructuring recommended by his committee was stepped down in 2018 due to its politicization ahead of the 2019 general polls.

His words: “The call for restructuring Nigeria did not start today. Even the All Progressives Congress, APC, came into power because when they were campaigning in 2015, they had said that they will restructure Nigeria.

“Unfortunately, when they came in they refused to do that, and people were surprised. In fact, Nigerians started asking questions on that, reminding them that this is what you said you will do, that was why they (APC government) decided to set up that El-Rufai’s committee.

“I am just hearing it now that the draft bill was stepped down, that must have been an internal thing within the party,  and it means that they were not honest in the first instance, because if they stepped it down in 2014 against 2015, why would they step it down when the committee met.

“I think they are not honest to Nigerians. And PANDEF is asking Nigerians to stand up and save this country instead of leaving it to go in disarray before they will now say okay we want to restructure it.  This is the time to do it, in fact before the next election.

Nkanga noted that El-Rufai’s information however was not necessary now, as PANDEF would not stop talking about restructuring the country

He reiterated that restructuring Nigeria is not in the hands of any individual, group or political party, stressing that “it is a national discuss and the whole country must stand up and restructure it,  it is what can save this country.”

National Identification and the Fight Against Insecurity In Nigeria — Economic Confidential 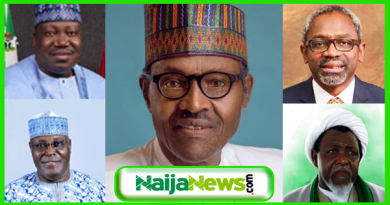