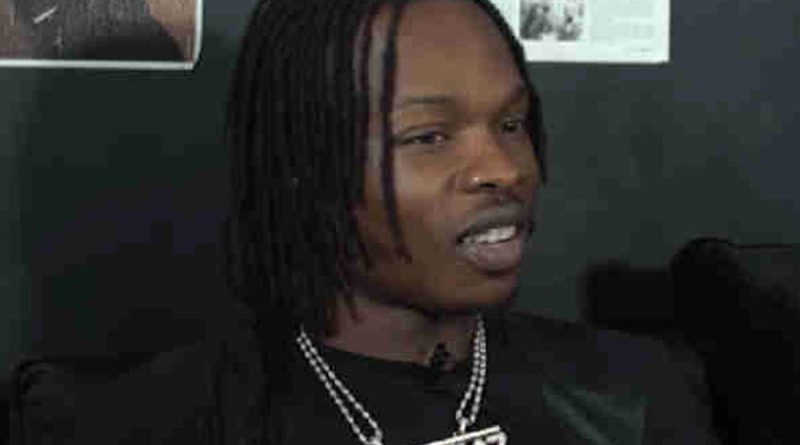 The cancellation of #EndSARS planned protest organised by Naira Marley has generated reactions from Nigerians on social media.

Naira Marley, on Tuesday morning canceled the protest after persuasion from Buhari’s government and the Nigeria Police.

Recall that the Minister of Youths, Sunday Dare, on Monday appealed to the singer not to protest, adding that the government is addressing the grievances expressed by Nigerians, especially youths.

Also, the Nigeria police urged the singer to be patient, adding that the force is working with the Minister of youths to seek reform and address all issues relating to operations of SARS.

However, the cancellation of SARS protest has led to criticisms from some Nigerians while other applauded Naira Marley for taking the bold step which got the attention of the government and the Police.

@IamOkon “Naira Marley is truly the Fela of our time. Man not only went to prison and came back but now the Nigeria police is begging him not to lead a protest plus having an Instagram Live session with him by 11am. Naira Marley aka the people’s president! Marlians!

@Toslaa “So the police wants to have an Instagram live chat with Naira Marley and requested that the protest be held down for a week. In a week, we know the number of lives that can be affected. Clearly, they’re scared of the international bodies sharing the news!

@Dondekojo “Why are they so scared of protests? Good that Naira Marley’s proposed protest got their attention, with the minister of youth and now the Police Tagging him, I guess that is what they’d have achieved with the protest.”

@Jharmo “The Buhari regime is not scared of Naira Marley but only afraid of the revolutionary forces that would rally round him, galvanize the people with ideological inputs which will in-turn gives this protest a direction towards people’s emancipation & liberation.”

@DannyWalter “Truth is these Musicians have our interest but they’re going about it the wrong way. Stop leading protests individually, 2face, Naira Marley, Runtown, they’ll always silence you.At least 20 Music Stars should come together, they’re afraid of protests, more reason it must happen.”

@TosinOlugbenga “The fact that Naira Marley canceled the planned protest is a reasonable thing to do since the Minister of Youths and also the Police have engaged him, assuring that reasonable steps would be taken.Those castigating him from UK can come to Nigeria to lead the protest.”

@Sodiqtrade “Sowore arranged protest, no statement from the minister not to talk of the police. The police would just go out in their usuals to arrest Sowore and his protesters. Naira Marley announced a protest late yesterday, Minister begged him to chill and now Police.Celeb influence.”

@YemiHazzan ” Naira Marley cancelled the planned protest today so he and a representative of the Police force can solve SARS brutality issue on Instagram live. Face with tears of joy.11am on IG live. Log on to see two clowns clowning with full confidence.”

@Enigma “Naira Marley canceling the protests is not cowardly, for me. It is just common sense, the minister and the police probably spoke to him about implementing change, and that’s a start.”

@Cutiejuls, “Naira Marley live with NPF? I fear for the police because I know what Naira can do.”