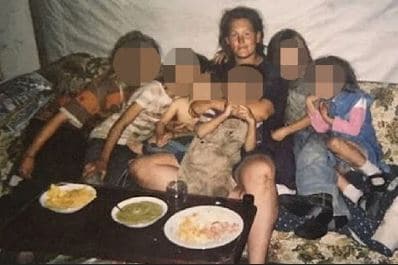 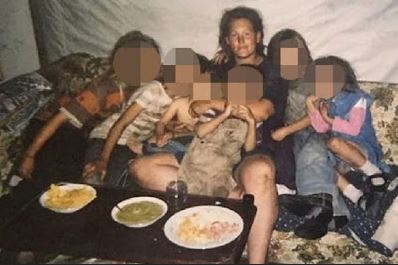 Rosalynn McGinnis and her children born in captivity

Poor little Rosalynn McGinnis knew what her mum’s boyfriend was doing was wrong, but he terrified her with his threats.

Rosalynn was just 10 years old, and living in Poteau, Oklahoma, when evil Henri Michelle Piette started to s3xually abuse her.

Piette, then 42, was also beating Rosalynn’s mum, it was already an appalling situation, but it was about to get even more horrific.

Rosalynn was 12 when her mother ended the violent relationship and Piette took his revenge. On January 31, 1997, he went to Rosalynn’s school and abducted the young girl from the front of the building.

Her mum, who has never spoken publicly about the case, reported her daughter missing, Rosalynn had vanished. Piette went on the run.

This wasn’t just to scare Rosalynn’s mum but Piette had no intention of ever returning her.

They travelled to Wagoner in Oklahoma and he ‘married’ Rosalynn in a fake wedding ceremony to give her a disgustingly clear message that she belonged to him now. Piette told her that her mum didn’t want her any more and that she would be dismissed and forgotten as a runaway.

Piette continued to r3pe Rosalynn and that abuse would continue throughout her whole ordeal. They travelled around the US, through the states of Texas, Montana, Idaho, New Mexico, Arizona, until they tried to disappear in Mexico.

Piette did everything he could to keep them both under the radar. He made Rosalynn change her appearance by dyeing her hair and making her wear glasses, she had several names while in captivity.

Piette was violent and Rosalynn lived in fear of him. She had no idea what he would do to her if she tried to escape  and soon, Rosalynn had even more to lose if she stepped out of line.

In 2000, Rosalynn was just 15 when she had Piette’s first child. She would be forced to have eight more of his children.

Rosalynn endured daily physical and sexual abuse, but her children kept her going. Piette would tell the children they were animals and that they were only alive because Rosalynn was there otherwise he would have killed them.

They suffered with his temper so Rosalynn would step in to defend them if he hit them.

She deliberately took the brunt of his anger to protect them. Piette regularly beat her with his fists, a bat, beer bottles and pieces of wood. She suffered from broken bones that were rarely seen by a doctor.

Rosalynn’s children knew that Piette was abusive but they had no idea that their mum had been snatched and was living in captivity. Rosalynn never forgot and neither had Piette.

When Rosalynn was 18, Piette made her go to a police station in Arizona and tell officers that she had run away.

The plan was so they would take her off the national missing person’s registry. Piette had three of her children in the car, parked three blocks away, and said that if she didn’t return within two hours, she would never see them again. Rosalynn felt she had no choice but to do as she was told.

Eventually, Piette had Rosalynn and her children living in various locations in Mexico, and their home was a filthy, squalid tent. Piette spent any money they had on drugs and alcohol and Rosalynn was forced to beg on the streets for food to feed her kids.

Police continued to search for the missing girl. Once, Piette made them travel back to Oklahoma and forced Rosalynn to write and post letters so people would believe she was still living in the state.

By early 2016, Rosalynn was 32 years old. She had been living a nightmare for two decades. Her oldest child was 17 and the youngest was four and they were pitching their tent in Oaxaca, Mexico.

One day, Rosalynn was shopping in a supermarket with her children,at the time her alias was Stephanie.

While they were waiting to pay, Rosalynn started to chat to a couple in the queue. The man and the woman sensed something wasn’t right. They could see ‘Stephanie’ had a lot of children, who looked thin and malnourished.

The age difference between Rosalynn and Piette was also very obvious, Piette was 62 at the time. They started to ask more questions and worked out that ‘Stephanie’ had been just 15 when she’d had her eldest son.

When it was time to pay, Rosalynn didn’t have enough money and the kind couple paid for it. 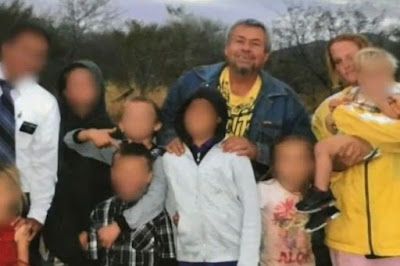 Piette knew the pair had realised something was wrong and forced his captive family to move locations  but the couple tracked Rosalynn down and let her know that if she could get away from Piette, they would help her escape whatever situation she was in.

They knew Rosalynn was trapped in an abusive relationship but they never imagined the scale of it.

In the July, Rosalynn’s eldest child left home by himself.

And when Piette was passed out from drinking, Rosalynn collected her remaining eight children, a few belongings and fled to the home of the couple.

They were welcomed and Rosalynn revealed the whole story.

The couple were even able to find records on the internet of Rosalynn being a missing child. They helped her find refuge with US authorities in Mexico.

The nightmare might have been physically over, but it would never end mentally.

The whole family were suffering from the trauma of the past two decades and even though they had escaped, they knew that Piette was still out there. Rosalynn was looking over her shoulder. 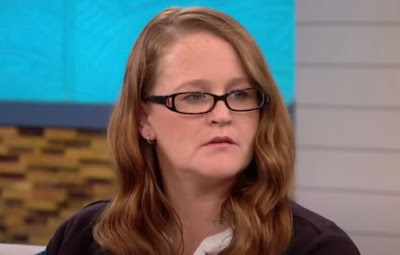 Names of victims of sexual crimes are withheld, but now she was free, she sought more protection by speaking out about her ordeal and waiving her anonymity.

Rosalynn went public with her story and told the world about how she was snatched, r3ped and beaten.

She shared unthinkable horrors, such as how she first fell pregnant at 13 but had a miscarriage that Piette dismissed with the cruel flush of a toilet and how she’d once been hit so hard with a frying pan that the wound was down to the bone.

Rosalynn said looking back she now realises that Piette had been grooming her for a year before the abduction. Everyone heard all about the twisted ‘stepfather’ who took a young girl from her school and brutally stole 20 years of her life. 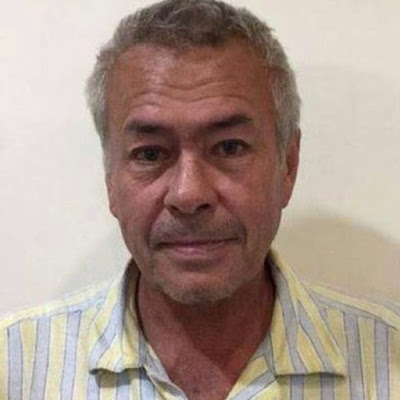 It would take a year before Piette was tracked down, hiding in Dallas. He was arrested and charged but he was defiant about Rosalynn’s claims and insisted he’d done nothing wrong.