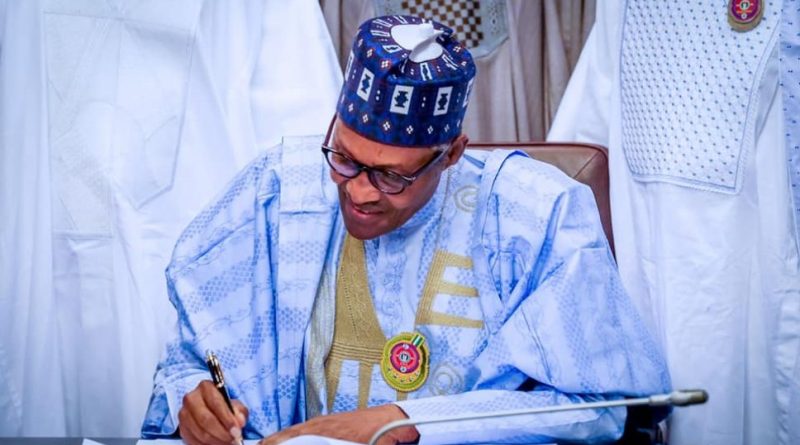 The Peoples Democratic Party (PDP) has called on President Muhammadu Buhari to resign over cases of alleged corruption in federal government agencies.

The party’s National Chairman, Prince Uche Secondus, told reporters at briefing in Abuja that ongoing corruption investigations of the NDDC, MIC, NEDC, NSITF, EFCC and others indicate Nigeria, under Buhari’s watch, was on ventilator gasping for breath. Secondus said corruption has become a way of life for Nigerians while Buhari plays the ostrich.

He accused Buhari of abandoning his promise to fight corruption during 2015 and 2019 electioneering campaigns.

Describing developments in the country as frightening, Secondus said nothing brings out the exact character of the administration than the on-going fraud at the Niger Delta Development Commission (NDDC).

He accused the forensic audit team meant to unearth alleged fraud at the NDDC of becoming accomplice to the crime, citing Senate indictment of the Interim Management Committee (IMC) of the Commission. The party chairman lamented that corruption has become a bazar without any pretense with all critical agencies of government, including the anti-graft bodies themselves grossly engulfed in it.

Secondus said: “No attempt is being made from any corner to stem the frightening tide in our land. No effort is being made from any angle to halt the on-going free fall being witnessed in all fronts in the country. Nigerians have become helpless and have come to accept and live like citizens of nations without a leader and with no direction.

“Where do we start looking at the state of the nation when all segments of governance have collapsed.

“Regarding insecurity, nothing establishes the fact that there is no governance in the country more than the worsening state of insecurity.

“Having exhausted their propaganda of winning the war on terrorism only in their press releases, as reality has dawned on all, both the military and political leaders are now helpless and confused.

“What the Nigerian Senate did on Tuesday when it asked the Service Chiefs to resign was to show to the world that there is no executive arm of government in place. “Having watched the security situation in the country grow from bad to worse, the legislators have limited options but to do what they did, at least to show the people they represent that they are sensitive to their plights. “Not even during the three-year brutal civil war did we witness as many as over 300 soldiers absconding their duties and pouring abuses on their commanders.”

Deploring the sorry state of the economy under the administration, the party chairman quoted the Transparency International as saying the worst corruption was going-on in Nigeria under Buhari, saying that the situation has continued to worsen. Continuing, the opposition party chairman said: “The nation’s economy is walking to depression because we are already in recession and it’s being fast tracked by the widening scope of corruption involving operatives in high places. “The free for all corruption going on all over the place leaves us with the impression that the country is dying and there has been a scramble for what one can get out of it before the final demise.

“It’s very disheartening that as the looting and the re-looting of the nation’s resources are going on under the watch of the acclaimed anti-corruption President, no serious reactions are coming from government that prides itself to be fighting corruption.

“Rather than confront the already exposed corruption cases, the government deliberately takes cautious steps to play them down with a view to protecting their members who are neck deep in the growing sleaze. “After providence decided to expose the massive fraud going on in the EFCC in the last five years, rather than bring it to the fore, the Presidency in a great cover up, decided to take the investigation, including the interrogation of suspects to Aso Rock Villa behind the camera where all the exposed issues are kept away from public glare.”

Secondus urged Nigerians not to be distracted by what he described as they were designed to divert public attention from the real issue. “This regime has found a code for corruption and they now glorify it and make fun of it. What we are witnessing in our country today is a total collapse of the nation.

“The country is on ventilator gasping for air. Under such circumstance, President Buhari should do the honourable thing required of an elder statesman in situations like this – throw in the towel and save the country from ruins,” the PDP chairman said. –Newsdigest

While reacting to PDP’s call, Senior Special Assistant to the President on Media and Publicity, Garba Shehu, said the main opposition party was gripped by undemocratic pandemic.

The presidency said, “At a time when the whole world is unifying to confront a common enemy, Nigeria’s opposition party, the Peoples Democratic Party, PDP has launched a whirlwind campaign promoting undemocratic values, the latest manifestation of which is the call for President Muhammadu Buhari’s resignation for allowing audits and investigation into several agencies of government, including the Economic and Financial Crimes Commission, EFCC.

“Based on the statement issued by the embattled chairman of the Party, Prince Uche Secondus, it is clear that they would have liked the President to not investigate but to cover things up: to not wake the sleeping lion as voiced by another of their leaders.

The presidency said further that “In a democracy, an opposition party is as critical to the system as the ruling party but in the case of Nigeria, the leading party in opposition is afflicted by a life-threatening sickness, the undemocratic pandemic as a result of which they are trading away the nation’s democratic values.

“The PDP government which exited the stage five years ago through a democratic election by voters dissatisfied with corruption on an industrial scale, policy paralysis, obsolete and decaying essential infrastructure appears to have forgotten the reason for their stunning defeat and seem hell-bent on the fooling the nation, yet again for another ride to power.

“President Buhari will not resign. He is determined to continue the crusade against corruption, both legacy and recently unearthed cases, that are found to be shabbily handled, and in some cases unattended to by past administrations. The National Assembly, by virtue of its right to conduct its oversight function is currently carrying out own investigations. Additionally, the security and intelligence agencies are equally doing their part and must be given the time and space to conclude their work and present their reports.

“The PDP cannot scare the government from probing the grave allegations made against MDAs and their chiefs because, failure to do so will amount to a historic betrayal of public trust.
The PDP cannot subject Nigeria’s democracy to subterranean attacks and continue to pretend that they are well-meaning.”