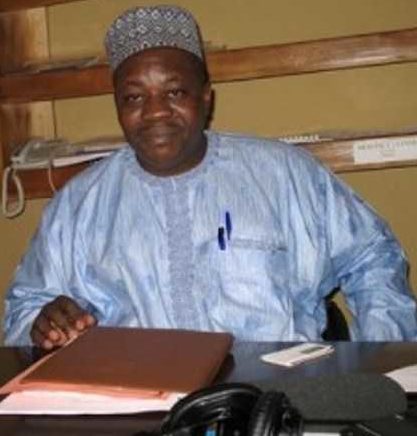 What I hear on a daily basis is that the Nigerian State has died or is dying and people want the remnants shared out so they can try to save their portion. There is a basis for concern on the survival of the Nigerian State because the prevailing insecurity and sense of injustice has never been so dire, or so we think. I always say break up is not an option because we cannot slice up the country without an all-consuming war about how and where to slice. Our only real option is to fix our dear country and live therein happily thereafter. Today, I address my younger readers to say don’t be overwhelmed by the ambient discourse of pessimism, we have lived through it for a long time. Let me start by saying that a long time ago, there was a lot of optimism about the future of Nigeria. In his 1971 book, John Oyinbo reminds us:

“When in the first minutes of October 1, 1960, the Union Jack was hauled down and the Nigerian flag of green, white and green broken in its stead, there were few men of goodwill, whether British or Nigerian, who did not have the highest hopes for the success of Africa’s newest nation… It would have been hard on that joyful and elaborate celebration to have found anyone, both involved in the present and committed to the future, prepared to predict coup, counter coup, massacre, secession and civil war within the decade.”

There was indeed great optimism at that time, which has since transformed into the despair of pessimism. Looking through my old papers written in the 1990s, I was reminded that current discussions on the collapse of the Nigerian State have been there for a long time. For decades, there has been an excess in the search for adjectives to describe the Nigerian state gasping to its death. Political scientists moved from simple ones such as corrupt and authoritarian to prebendal, patrimonial, sultanic, kleptocratic, predatory, rentier, praetorian and even rogue state. In 1986, my own base – Department of Political Science of Ahmadu Bello University published a book entitled Nigeria: A Republic in Ruins. The book was an outcome of a National Conference on the State of the Nation which was hosted by the Department and concluded nineteen days before the fall of the Second Republic. The book adequately reflected the intellectual mood in Nigeria in the dying days of our second experiment with democracy. Since then, there has been a flood of literature on “Endgame in Nigeria”, “Twilight in Nigeria” and “Crises and Collapse in Nigeria”.

Much of the writing on the Nigerian state can be described as intellectual journeys into what Richard Joseph (1995), following Awolowo, has called the dismal tunnel. It is a dark tunnel of pessimism and despair. For the late Oyeleye Oyediran in his 1997 publication, it had been a long journey, through four democracy transition programmes that has led the country from hope to despair. He described the dynamics of the journey as akin to the story of Sisyphus. “Nigeria like the story of Sisyphus succeeds in rolling up the rock of democracy to the top of the hill, only to let it roll back into the valley, over and over again. The first transition was from colonialism to independence and it set the pace for the future. The power elite that took over the mantle of state power manipulated the rules of the game and institutions. They placed a very high premium on power and therefore viewed politics as war. The seeds of mistrust, avarice and division sown in the decades before independence found, as he put it, good soil and thrived from 1960 onwards. The second transition, was the one from military to civilian rule in 1979 and it was a second chance, an opportunity for the civilian class to democratically resolve its differences and compete for public office without threatening the stability of the political system. However, the second chance was taken over by the civilian political gladiators of the First republic. They contested for power violently, they had no regards for rules and were corrupt. Indeed, said Oyediran, the First Republic reached full bloom in the Second Republic opening the gates once again for the entry of the military into the nation’s political life.

The third transition orchestrated by General Babangida started with a lot of goodwill and restored hope. Midstream, the tide turned, aborting the transition and swallowing its author. It plunged Nigeria into its worst political and social crisis since the turn of events that led to the civil war. Thanks to the greed of the politicised generals and power elite, the unprecedented level of official corruption and deep-seated economic crisis which further raised the stakes of political of political contest, “the seeds of 1960 which had borne fruit in the Second Republic had multiplied a thousand-fold”. Hope turned to grief on 23rd June 1993 when a presidential election globally recognised as free and fair was won and lost – annulled by the author of the third transition. The subsequent ethnicization of the June 12th crisis brought the nation to the brink of collapse and led to the fourth transition, from crisis to despair.

Richard Joseph maintains the imagery of a long and frustrating journey, as he puts it, through a dismal tunnel, from a prebendal Republic to a rogue state. Prebendalism, which thanks to Joseph has become a very popular concept in defining the Nigerian state refers to the close relationship that developed between the administering of public office and the acquisition and distribution of wealth. Joseph, following Weber, defines a prebend as a state office procured by an individual and used for his personal benefit and that of those around him (Joseph, 1987). The state, especially from the time of the Second Republic, was conceived as a “national cake” that was to be divided and sub divided continuously among office holders who had lost all commitment to performing the statutory tasks they had been employed to do. In four decades, corruption has developed so phenomenally that it has moved from the prebendal to the “pharaonic” phase contends Joseph. He even suggested the use of a Chinese expression – liumang zhengfu, meaning hoodlum governance as the most appropriate description of Nigeria in the 1990s.

The journey of Peter Lewis is similar to that of Richard Joseph, it is from prebendalism to sultanism. He focused on the terrible legacy of Babangida’s failed transition for future democratic reform. The June 12 elections were fair and the voting he argues, suggested an historic merger of southern and northern populist interests, superseding the ethnic faultiness which traditionally structure electoral politics. The chance to use the elections to move forward were ruined by the annulment. He outlines the decline of institutions, including the judiciary during the Babangida era. He is particularly concerned with the absence of countervailing forces, of a strong democratic movement rooted in strategic elite groups to constrain the prerogatives of the military (1994). Civil society has been beleaguered by the authoritarian state. Nigerian society has been undermined by ethnic and communal division and finally, mutual disaffection between the political class and civil society has alienated potential democratic leadership from their potential organisational and popular base. In consequence, only a small, easily marginalised section of the middle class championed the democratic cause, contends Peter Lewis.

The journey of Larry Diamond also begins on a very optimistic note and ends in the development of an uncivic society and praetorianism. Nigeria, he argues, is a country with a deep commitment to political freedom and popular accountable government (1987). The polarisation of ethnic and regional differences which had played a major role in leading to the collapse of the First Republic was being addressed during the march towards the Second Republic through state creation and the federalist provisions of the 1979 Constitution. The continued growth of the cancer of corruption however eroded this positive development argues Diamond. The rise of high-level corruption, including dealing in narcotics in the highest levels of the Babangida Administration compromised the transition programme (1993). Diamond argued that the so-called new breed politicians also became as corrupt as the military. They wanted power so badly that they were ready to do anything to get it and therefore conducted politics as warfare. The gains of office were excessively high and as the politicians became too corrupt, the masses became too cynical.

These illustrations are simply to draw attention to the fact that we are not saying anything new today that is different from the discourse of the 1990s, 1980s or 1970s. Forget all the big words used, they all boil down to one simple issue – corruption captured Nigeria long ago. If and when we deal with corruption, we will recover our country and live happily ever after. If not …..