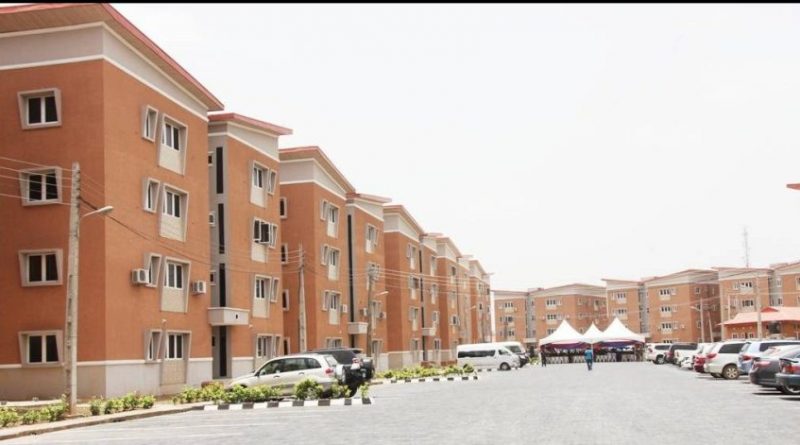 It is a fact of life that every adult person needs a decent house of his own he can call a home. But it is becoming, increasingly obvious that home-ownership is not for everybody.

In most economies of the world, especially the developed ones, home-ownership is not as difficult because people in such places have easy access to mortgage unlike Nigeria where people buy homes from own savings.

A major requirement for getting a mortgage loan facility that will enable the borrower to own a home is having a good job with regular income. But it becomes very challenging when the earning is low.

Therefore, for many years to come, unless a drastic change occurs, home-ownership through mortgage will continue to elude workers who earn the national minimum wage.

This is because, based on the terms of mortgage structuring which requires not less than one third or 33.3 percent of this N30,000 per month, the borrower has to deduct approximately N10,000  for loan repayment,  and a monthly payment of this sum for 30 years as required by the mortgage law, will mean that the prospective home owner will contribute the sum of N3 million for the 30-year period.

However, apart from the fact that there is no decent accommodation for N3 million in a good location, there is no 30-year mortgage available for loan applicants.  Besides, at the current minimum wage, 33.3 percent of N18, 000 will be N5, 994 and a monthly payment of this sum over a 30-year period will amount to N2.15 million.

Taking it further, Adeniyi Akinlusi, president of Mortgage Bankers Association of Nigeria, emphasizes that many households cannot own homes through mortgage because, given their low per capita income, they won’t qualify for mortgages.

Mortgage deficit, he noted, stands at N49.05 trillion and out of a population of 180 million people, 30 percent representing the 44.4 million working class, the mortgage-able adults are only 19.9 million, representing 45 percent of the total population.

This is why mortgage experts insist that job creation is critical to ease homeownership. They maintain that government and private sector developers could build all the affordable or social housing they want to, but people have to have jobs to be able to buy either cash or through mortgage.

Nigeria is one the world’s most expensive housing markets where the cost of renting a three-bedroom apartment ranges from N15 million to N20  million per annum in highbrow areas like Victoria Island and Ikoyi in Lagos; Asokoro, Maitama in Abuja; GRA phase 2 in Port Harcourt or Trans Amadi also in Port Harcourt, among other areas in Nigeria.

The country’s  latest effort at improving access to housing finance was the establishment of the Nigerian Mortgage Refinance Company (NMRC) which is aimed to provide liquidity in the mortgage system by raising money from the capital market and using same to refinance primary mortgage banks for on-lending to loan applicants.

A report on ‘The Lagos Housing Market’ notes that a mortgage period of 30 years and a housing unit of N2.15 million are hardly available and this amount excludes interest rate on the mortgage facility. Consequently, even the middle income earners struggle to have access to affordable housing.

The report notes further that Nigeria is faced with a multi-dimensional housing problems stemming from poor planning. It recalls that many initiatives have been launched in the past which did not translate to visible results.

The bane of mortgage access in Nigeria is high interest rate which hovers between 20 percent and 25 percent and this is one of the major reasons for the low homeownership level in the country whose housing deficit is in excess of 20 million units.

Roland Igbinoba, Vice Chairman, Roland Igbinoba Real Foundation for Housing and Urban Development (RIRFHUD), publishers of the report, laments that, though Lagos currently has the most vibrant property market in Nigeria, home ownership is still at less than 20 percent.

“With a daily intake of 3,000 immigrants, the housing supply has failed to keep up with rapid urbanization and population expansion, especially in the low income market. The housing demand estimate is roughly 4.4 million units while the estimated current supply of housing in the state is 1,417,588 units”, he reveals, adding that “this leaves a gap between housing demand and supply at roughly 3 million units; output is relatively low although there has been increased participation in housing projects from both the government and private sector,” he notes.

The extent of housing shortage in Lagos is enormous and the deficit is both quantitative and qualitative, such that 72 percent of Lagos residents are tenants paying rent as high as 50 percent of their monthly income while most of the existing accommodations are provided by private landlords.

On the qualitative housing deficit side, most low income earners live in congested settlements usually characterised by buildings with structural defects, bad roads, poor drainage and pollution, posing health hazards for the inhabitants.