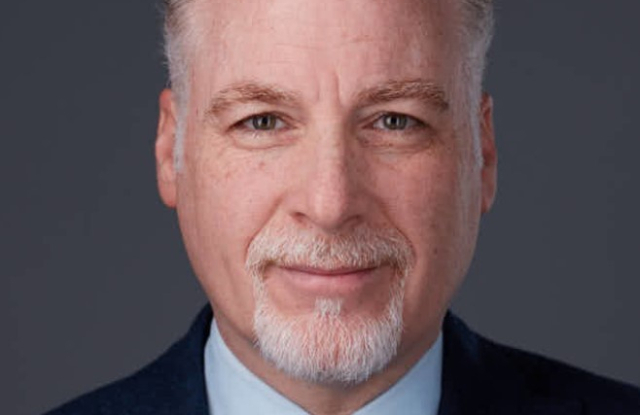 Are tensions between retail tenants and landlords cooling?

“It feels like the clouds are starting to break up and we can see some blue sky,” observed Rick Strauss, who last month joined Odyssey Retail Advisors LLC as a principal and managing partner. As stores and malls were temporarily closed due to the coronavirus, some retailers resisted paying rents, straining relationships with shopping centers owners who worried about paying their own bills.

“That’s been a short-term issue,” Strauss maintained during an interview last week. “A lot of it has been digested. Landlords and tenants have come to agreement in a lot of cases. Rent abatements are much more common than any other concession. Tenants are getting that. Rent relief, meaning reducing rent, is less common.”

The majority of leases around the country require rents to be paid, even if the mall is closed, explained Strauss, a 35-year veteran of major real estate developers. “When the two parties explain where their vulnerabilities are and why they are suffering, there can be a compromise.”

At the New York City-based Odyssey Partners, Strauss will focus on landlord advisory and consulting, including project visioning, merchandising, marketing, pro formas and execution of deals. He supplements a real estate advisory practice that’s been weighted toward working with upscale and luxury retail brands.

“Rick’s area of focus perfectly complements our background in representing luxury brands. We are ideally positioned to offer the finest advisory services and connections to both sides of the retail real estate sector,” said Charlie Koniver, a partner at Odyssey Retail Advisors.

“As we continue to meet growing demand for our services, Rick brings a notable network to Odyssey and highly personalized approach built upon many years of success,” added Richard Johnson, managing director and partner of Odyssey.

Strauss’ experience includes pre-leasing 29 shopping centers in the U.S., Latin America, Europe and Asia, primarily in the luxury space. His last job was executive vice president of leasing for The Howard Hughes Corp., where he led retail leasing efforts in the U.S., including New York’s Seaport District and Ward Village in Hawaii.

Before that, he worked at Westfield Corp., managing leasing for the eastern half of the U.S. portfolio and all luxury leasing through the global portfolio. He worked on Westfield World Trade Center, N.Y.; Garden State Plaza, N.J.; Valley Fair and Century City, Calif., and on the predevelopment of Westfield Milano.

Before Westfield, Strauss worked at The Taubman Co. in Las Vegas, a city that was already filled with luxury, he pre-leased space at the Crystals at City Center to more than 50 luxury brands including Louis Vuitton, Gucci, Prada, Hermes and Christian Dior. He also brought luxury to Studio City, Macau, China; IFC Mall, Seoul, South Korea and The Mall of San Juan in Puerto Rico.

At Odyssey, the work involves “guiding” brands through uncertain times, consulting with landlords and dealmaking. “We advise projects on how they need to merchandise. We start with visioning, re-imagining or re-energizing projects, for a development being planned or to move a project in a new direction. We also focus a lot on design elements. We don’t just come in and make deals,” he said.

Asked what’s most critical to sustain foot traffic at shopping centers, Strauss replied, “Making sure it has that sense of place. People more than ever consider that. It’s a mix of retail, food and beverage, art and architecture that creates that sense of place and makes such a difference.”

With COVID-19, concerns over the future of pure luxury have emerged. Yet Strauss said luxury brands in many cases have been buoyed by casual styles, sneakers, artisanal craftsmanship and sustainability. He said there are still opportunities for strong shopping centers to broaden the luxe mix, and also strong centers with enough luxury. “But there is always that element of who is relevant today and who is less relevant — a continued culling of merchandising, at all price points.” COVID-19 has accelerated that process.

At too many malls, the food and beverage offering is predictable, though some are creating more sophisticated menus. “Having the right restaurateurs and right mix of offerings is still a work in progress,” Strauss said.

Shopping centers are also seeking appropriate forms of entertainment. “There are now enough different kinds of ideas that are not yet prevalent and can be brought to shopping centers.” He cited theaters with higher-grade seating and food, art film houses, bowling, gaming, arcades, concerts, art galleries and exhibitions.

“If you watch the news, you would assume there’s not any growth in the retail footprint, but there is,” Strauss stressed. “There are retailers that are confident and opportunistic. There is quite a bit of leasing activity that would surprise people. We’re working on and have recently completed several high-profile transactions with top-tier luxury and fashion brands and are working in New York and elsewhere on others.”

In Manhattan, he cited Chopard’s move to Fifth Avenue next year from Madison Avenue and Stella McCartney’s extension of her SoHo store lease.

“We’ve had an abundance of interest in Rockefeller Center, where we’ve been consulting for Tishman Speyer and helped expand Hermes at the Wynn Las Vegas, where we also opened Balmain and Zimmermann on behalf of our client.” Odyssey also helped Away luggage land space at Yorkdale Shopping Centre in Toronto, University Village in Seattle and on Abbott Kinney Boulevard in Los Angeles.

“At the moment we are definitely seeing softness in rents. But again, there’s much less impact from COVID in the great shopping centers and great [shopping streets] than one would have expected. Percentage-wise and sheer dollar-wise, the great streets of New York City have seen some softness. The city may have been hit the hardest because of COVID and the lack of tourism. But it’s a moment in time. It’s cyclical. These streets will be strong again, once tourism is back and once COVID-19 is behind us,” said Strauss.

With the downturn, retailers and landlords are increasingly cautious about making commitments, signing three- to five-year leases, versus the 10 years typically seen in the past.

In the health crisis, he said open-air centers have a “minimal” advantage over enclosed malls, which remain closed in some parts of the U.S. given the resurgence in cases of the coronavirus. “People feel more comfortable gathering in their common areas, whether it’s a sidewalk or courtyard, than they would be congregating in an enclosed shopping center. But many enclosed malls have expansive common areas and have been upgrading the filtration in their HVAC systems to give their customers and employees more safety.” And once inside a store, “You’re dealing with the same issues whether it’s an enclosed or open-air mall.”