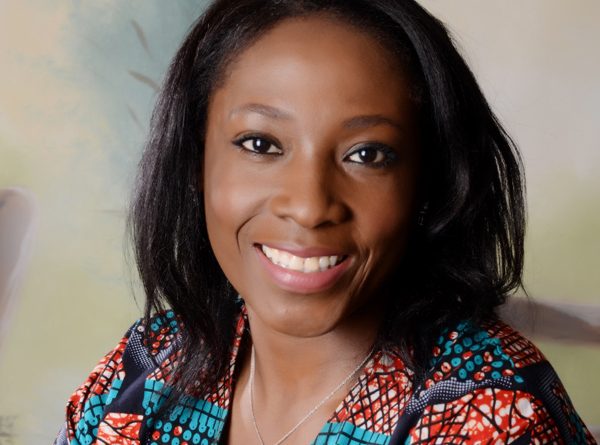 In conversation with ONE’s Serah Makka-Ugbabe

A gendered power imbalance has existed in our societies since time immemorial. Globally, and in Africa especially, there is a paucity of women in leadership roles. But COVID has shown us that women are more than equipped to be the leaders that the world needs and longs for. Research revealed that women-led counties such as Denmark, Germany and New Zealand handled the virus more effectively and efficiently. This points to the fact we urgently need to disabuse ourselves of the belief that men make better leaders. We need to start imagining and creating societies in which gender is not a barrier of entry into leadership positions both in the public and private sector, in political governance and even in local community groups. ONE’s Nigeria director, Serah Makka-Ugbabe, speaks candidly about the challenges she confronts as a woman who has occupied various leadership roles in the social sector.

Serah Makka-Ugbabe has been working in the social sector for her entire professional career. Having had a father who was active in government, she developed an affinity for social justice at a young age. “I’ve always believed that if you want to build a fair and just society, the best way to do it is through the government.” It is Serah’s refreshing desire to use her privilege, voice and agency to fight for others and build a society that caters to all its members that drew her to ONE. “The Nigerian society is unequal. We don’t design for the people who don’t have, we design for the people who have,” she says as she considers the socio-economic landscape of her home country. COVID has ever more exposed the inequalities as poor learners do not have the resources to have classes online. As ONE’s Nigeria director, Serah is responsible for developing and implementing the strategic direction for advocacy efforts in Nigeria. Building a strong team that can do this work effectively.

Serah boasts an impressive and varied career in which she has worked with government officials, celebrities and policymakers. Yet, despite her experience, wealth of knowledge and qualifications, she has been undermined because she is a woman. “Patriarchy is really a challenge in Nigeria. I’ve worked in the government, where they say, “yah, she’s not even married so we can’t get her… she doesn’t have a PhD…. men don’t have to go through this.” As in most African societies, men are granted more credibility than women. In some Nigerians circles, not being married, being childless and not having a PhD disqualifies a woman from being taken seriously. “You are now down the pecking order… you have no proof that you are worth it as a human being, according to the way society sees you.” Social expectations and the perceptions of the value of men and women perpetuate the existing power imbalance between the two genders.

The ubiquity of gendered disparities in leadership positions, career advancement and income has destabilised the political economy and social fabric of African societies. The perception of women as the inferior other has led to them being denied opportunities to make a real difference in the world. Women have to endure a precipitous summit in order for them to get a seat at the table. Whether it is in the cabinet or the boardroom, women often find themselves having to ask for permission to occupy certain spaces even when they are equally, if not more, qualified and experienced as their male colleagues. Our institutions and systems need to change, they need to support, and not hinder, the development and upward mobility of women.

It is very important to note that being pro women does not necessitate being anti men. As expressed by Serah, “We can’t have a movement that is anti one gender; we’re not going to win because” that is exactly what we are fighting against. Serah has observed that, at times, “there is an acerbic narrative that exists within women’s movements that says ‘burn our bras and kill the men.’” And while our rage is real and no one should dictate how it manifests, “killing” men will not get to the root of what begat institutionalised sexism, perilous patriarchy, and toxic masculinity.

As beautiful and rich as our African cultures are, they have certain ideals and practices that must be problematised and eradicated summarily. “In various ways, culture and religion subjugate women’s voices,” says Serah as she reflects on ideologies that entrench gender inequality in Africa. Indeed, we need to interrogate our cultures and sieve out anything that perpetuates this notion that men are better, smarter and have more leadership capabilities than women. Serah articulates it so well: “There have not been enough examples of competent leaders, in enough numbers, to balance out the way the world sees men and women as leaders, as pioneers, as writers of history.” Lamentably, women have internalised what has been the status quo for so long, to the point that many women have become the gatekeepers of patriarchal practices and social paradigms that are detrimental to the safety, socio-economic empowerment and mental health of women.

Contrary to popular misconceptions about gender and leadership on the continent, the war against colonialism had many women leaders at its helm. “One of my favourite stories is the story of the 1929 Aba War, where [Igbo] women challenged the British because they increased the taxes of the marketplace. These women had a war connected across Aba, Calabar and other places.” They didn’t just challenge men, they challenged an entire system that was oppressive and had more artillery than they did. Continuing the anecdote, Serah says “they made sure that they reduced that tax and they became warrant chiefs, positions that were reserved for men.” The women who took part in the 1929 Aba riots refused this imposed gender power imbalance, the people of post-colonial Africa need to do the same and with the same ferocity, vehemence and determination. As Serah puts it: “The power of the narrative is that perception becomes reality. The world needs to see that competence is not ascribed to a gender.”

Women have played a significant role in the socio-economic and even political development of Africa; yet, despite their contribution to the advancement of our society, they’re still denied opportunities to be in leadership roles, even though they can be the leaders that continent needs. As a society, we need to re-evaluate the systems that we perpetuate, systems that marginalise women; for, in subjugating women, we are simultaneously hindering further African progress. For Africa to win, we need to let women lead because they can build the Africa that we all want to see.