Have you ever wondered why, so many public officials, spend, so much time and effort, on measures, you feel, are less than the necessary priorities? Why do so many people, end up, supporting ideas, which may be idealistic, but, have little, to no, true possibility of ever, becoming policy, and law? In most areas of our country, many have complained for decades, if, not, longer, about the infrastructure issues and challenges, yet, very little has been done, to address these priorities! With that in mind, this article will attempt to, briefly, consider, examine, review, and discuss, 7 keys to making enhancing/ improving our infrastructure, the priority, it should become.

1. Climate change – related issues; flood – prone areas: We have always, had some areas, where flooding, as a result of storms, etc, are major concerns. However, as a result of the escalating advance and progression of climate change – related issues, the risk, has become more severe, crucial, and relevant. In areas, such as Florida, the Georgia coast, and the Carolinas, there has been so much erosion, combined with significantly, rising seas (experts claim, for example, the seas have risen about 4 feet, in Miami, in the last few decades), the risks of catastrophes, is extreme!

2. Bridges/ tunnels: In some of our older cities, especially, in the Northeast cities of New York, New Jersey, Pennsylvania, Massachusetts, etc, the bridges and tunnels, are aging, and, in many cases, deteriorating. New York has recently replaced the Verrazano Narrows Bridge, and modified other bridges, this is only, the so – called, tip of the iceberg! Transportation efficiencies, safety, and common sense, need to come together, sooner, rather than later!

3. Mass transport: Why are America’s trains, so far behind, much of the rest of the world? If we wish to conserve fuel, improve air quality, etc, we need to pay more attention, to, not only, better maintain these, but, to modernize and improve them!

4. Sustainable resources: The issues and challenges, regarding fossil fuels, etc, has been discussed for decades. President Jimmy Carter created gas/ fuel mileage standards, emphasized energy efficiencies, alternative fuels, etc, but, the politics of populism, have prevented many of these visionary ideas, and recommendations, to become enacted!

5. Roads: Little has to be written, if you drive, to discuss, the condition of far too many, of America’s roads!

6. Forests/ open – spaces: Clean air, and water, are necessities of sustainable life, yet, President Trump has weakened, and largely ignored, our forests and open- spaces, defending these actions, by proclaiming, the economic benefits. This is short – sighted, and unsustainable!

7. Preparation: Despite this President’s attempted denials, Climate Change, is real, according to nearly all the experts, and scientists. Either, we prepare, and plan, better, for the future, or, the future quality of our lives, and those of future generations, will be, at – risk!

Wake up, America, either, begin, to prioritize our infrastructure, or, risk, the nation’s future, and quality of life! Since it seems like common sense, why do you think, we aren’t paying enough attention, yet? 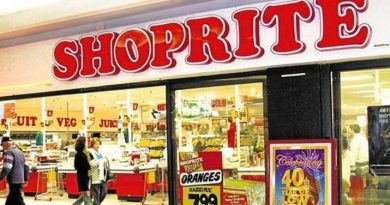 Time for a new FDI model