Uefa and the Premier League have strongly condemned proposals to form a breakaway European super league after multiple reports that the new competition, including six English clubs, is set to be announced on Sunday evening.

However, one executive at a leading European club insisted that full agreement has yet to be reached and described the situation as a “massive game of poker” for the future of the domestic game in England.

It is understood that Uefa – who described the proposal to create a “so-called super league” as a “cynical project founded on the self-interest of a few clubs” – was holding emergency meetings in an attempt to persuade some clubs not to join the breakaway league. Its statement, which was also signed by the Premier League, the Football Association and their counterparts in Spain and Italy, reiterated the threat to ban any players involved from “any competition at domestic, European or world level”.

Manchester City, Manchester United, Liverpool, Arsenal, Chelsea and Tottenham have yet to confirm they are the English clubs to have agreed to join the new £6bn league, with six others, including Barcelona, Real Madrid, Juventus and Milan also reported to be on board. It is understood, however, that some Premier League clubs are more committed to the concept than others.

Boris Johnson and the French president, Emmanuel Macron, both released statements that also condemned the proposals. “Plans for a European Super League would be very damaging for football and we support football authorities in taking action,” tweeted Johnson. “They would strike at the heart of the domestic game, and will concern fans across the country. The clubs involved must answer to their fans and the wider footballing community before taking any further steps.”

The Labour leader, Keir Starmer, added: “This proposal risks shutting the door on fans for good, reducing them to mere spectators and consumers. The clubs involved in this proposal should rethink immediately. And if they don’t, they should face the consequences of their actions.”

Paris Saint-Germain and Bayern Munich have so far insisted they have not signed up so it remains to be seen whether the others will carry out their threat to turn their backs on their domestic leagues and risk their players being barred from all competitions, including the World Cup. PSG’s reluctance to turn their back on Ligue 1 despite major issues with its new TV rights deal could be down to proposed stringent financial regulations in the new competition that would be similar to Uefa’s Financial Fair Play regulations.

The impetus for the breakaway league is thought to have come from the Real Madrid president, Florentino Pérez, although Liverpool’s John W Henry, Joel Glazer of Manchester United, the Arsenal owner, Stan Kroenke, and Andrea Agnelli of Juventus have been touted as potential vice-chairmen of the new competition, which would be financed by the US banking giant JP Morgan. Barcelona’s new president, Joan Laporta, is also believed to have given the green light to plans that were first agreed to by his predecessor, Josep María Bartomeu, before his resignation in October.

It is understood that clubs are also want provision to raise money by private equity – a trend that has become increasingly popular in recent years.

Uefa had been due to sign off new plans for an expanded and restructured Champions League on Monday but the timing of the latest development could now put that in jeopardy.

The European Club Association, which represents 246 clubs across the continent, released a statement on Sunday evening saying it is “strongly opposed” to the European Super League proposals and is committed to working with Uefa on a “renewed structure” for European club football post-2024. There were reports that none of the 12 clubs in the proposals attended an emergency meeting held by the ECA, including its president Agnelli.

“We will consider all measures available to us, at all levels, both judicial and sporting in order to prevent this happening,” said Uefa’s statement. “Football is based on open competitions and sporting merit; it cannot be any other way.”

The Premier League’s chief executive, Richard Masters, is believed to have written to all 20 of the league’s clubs in England to state its opposition to the new proposals, urging them “to walk away immediately before irreparable damage is done”.

A separate statement from the Premier League added: “The Premier League condemns any proposal that attacks the principles of open competition and sporting merit which are at the heart of the domestic and European football pyramid. Fans of any club in England and across Europe can currently dream that their team may climb to the top and play against the best. We believe that the concept of a European super league would destroy this dream.

“A European super league will undermine the appeal of the whole game, and have a deeply damaging impact on the immediate and future prospects of the Premier League and its member clubs, and all those in football who rely on our funding and solidarity to prosper. We will work with fans, the FA, EFL, PFA and LMA, as well as other stakeholders, at home and abroad, to defend the integrity and future prospects of English football in the best interests of the game.”

The culture secretary, Oliver Dowden, also said the plans “could create a closed shop at the very top of our national game.

“Sustainability, integrity and fair competition are absolutely paramount and anything that undermines this is deeply troubling and damaging for football,” he added. “We have a football pyramid where funds from the globally successful Premier League flow down the leagues and into local communities. I would be bitterly disappointed to see any action that destroys that.”

The former United manager Sir Alex Ferguson led criticism of the new proposals, telling Reuters that a super league would be “a move away from 70 years of European club football.

“Everton are spending £500m to build a new stadium with the ambition to play in Champions League. Fans all over love the competition as it is,” he said. “In my time at United, we played in four Champions League finals and they were always the most special of nights. I’m not sure [if] Manchester United are involved in this, as I am not part of the decision making process.”

“I am disgusted by Manchester United and Liverpool the most,” added former United defender Gary Neville on Sky Sports. “Liverpool, they pretend (with) ‘You’ll Never Walk Alone’ (they are) the people’s club, the fans’ club. Manchester United – 100 years, born out of workers. And they are breaking away into a league without competition, that they can’t be relegated from?

“It is an absolute disgrace. Honestly, we have to wrestle back power in this country from the clubs at the top of this league, and that includes my club.”

The organisation Football Supporters Europe described the plans as “illegitimate, irresponsible, and anti-competitive by design” which “will be the final nail in the coffin of European football”.

It added: “It is driven exclusively by greed. The only ones who stand to gain are hedge funds, oligarchs, and a handful of already wealthy clubs, many of which perform poorly in their own domestic leagues despite their in-built advantage.” 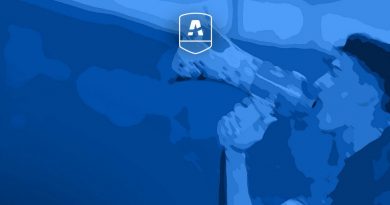 Italy Fantasy — Announcement about the postponement of games in Gameweek 1 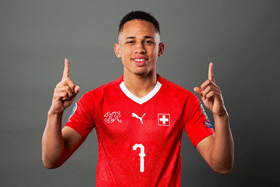