Even as the pace of vaccinations falls in the U.S., the country reported passing two milestones on Friday: More than 150 million are now at least partially vaccinated, and more than a third of Americans are fully vaccinated, CDC data released Friday afternoon shows.

Data shows about 111 million Americans are fully vaccinated, about 33% of the total population in the U.S., and another 150 million people have received their fist shot of the vaccine. But the pace of vaccinations has been slowing from its peak on April 10 of 4.6 million daily shots. Public health agencies are working harder to get shots in arms, a critical effort that could help President Joe Biden’s new goal of 70% of Americans getting at least one shot by July 4.

The milestones were announced after Pfizer and BioNTech said Friday they had submitted an application for full FDA approval of their COVID-19 vaccine for people ages 16 and older.

Like other COVID-19 vaccines available in the U.S., Pfizer-BioNTech is currently being administered under an emergency use authorization. In the midst of a pandemic, the FDA said it was more important to get vaccines to people quickly.

Pfizer’s vaccine would become the first in the U.S. to be assessed for full FDA approval.

It is unclear how long the review will take, but Pfizer’s CEO Albert Bourla spoke of “the goal of securing full regulatory approval of the vaccine in the coming months,” according to a prepared statement.

After trials and 134 million shots, the vaccine has been shown to safely and effectively prevent COVID-19, and no additional safety issues have come up since the vaccine was authorized, according to the companies and periodic safety reviews by the Centers for Disease Control and Prevention.

Experts say the FDA approval could reduce vaccine hesitancy and empower employers to require their workers to get vaccinated.

Also in the news:

►India recorded a single-day high in new coronavirus cases on Friday. The embattled country recorded 414,188 cases in a single day, a new global high. The country also reported 3,915 additional deaths, and the official daily death count has stayed over 3,000 for the past 10 days.

►As the Tokyo Olympics near, Japan has extended its state of emergency in the city and other areas through May 31 due to COVID-19. Protests have been planned over a possible visit by the Olympics chief.

►”Vax Live: The Concert to Reunite the World,” an event with Jennifer Lopez, Eddie Vedder, J Balvin and H.E.R., among other artists and celebrities, will air Saturday night. The event aims to encourage people to get vaccinated and to persuade world leaders and corporations to make COVID-19 vaccines available worldwide. It was taped Sunday, and hourlong edition will air on various networks on Saturday night. Read more here.

►Initial analysis of Phase 2/3 testing of Moderna’s vaccine in adolescents 12 to 17 years showed vaccine effectiveness of 96%, the company says. The vaccine was “generally well tolerated,” and there were no serious safety concerns identified thus far, the company said.

📈 Today’s numbers: The U.S. has 32.6 million confirmed coronavirus cases and 580,000 deaths, according to Johns Hopkins University data. The global totals: Over 156 million cases and 3.26 million deaths. More than 324.6 million vaccine doses have been distributed in the U.S. and nearly 252 million have been administered, according to the CDC. Almost 109 million Americans have been fully vaccinated.

📘 What we’re reading: For people who lost their mothers to COVID-19, this Mother’s Day is a reminder of that painful loss. While some will mark the day quietly, others won’t celebrate at all.

Keep refreshing this page for the latest updates. Want more? Sign up for our Coronavirus Watch newsletter for updates to your inbox and join our Facebook group.

Racial divide persists in vaccination rates across much of the country

Five months into America’s unprecedented vaccination effort, a trend is holding across much of the nation: white people continue to be vaccinated at faster rates than Black and Hispanic people in most states.

Hispanics make up only 12% of COVID-19 vaccinations, but 17% of the U.S. population, according to data from the Centers for Disease Control and Prevention as of Wednesday. Similarly, 8.8% of those who have received at least one dose are Black, but Black people make up more than 12% of the population.

In another analysis, Kaiser Family Foundation found that among 43 states, white people are vaccinated at 1.6 times the rate of Black people and 1.5 times higher than the rate of Hispanic people.

“If we mean equity, and if we mean vaccine for all and justice for all, then there’s still a lot more that we need to do,” said Harald Schmidt, an assistant professor of medical ethics and health policy at University of Pennsylvania, who writes on vaccine rationing and social vulnerability. Read more here.

WHO panel authorizes emergency use of China’s Sinopharm vaccine

The World Health Organization on Friday authorized a COVID-19 vaccine by Chinese manufacturer Sinopharm for emergency use in a move that could help improve access to COVID-19 vaccines in poorer countries.

The authorization opens up the possibility that the Sinopharm vaccine may be included in the U.N.-backed COVAX program, which seeks to send free vaccines to 92 lower-income countries.

The vaccine is about 78% effective, though most study volunteers were younger than 60, according to an online WHO summary.

A group advising the agency said it was “very confident” the Sinopharm vaccine protects adults younger than 60 but had “very low confidence” in data available on people 60 years old and over, according to the Associated Press.

Job gains fell well short of projections with employers adding 266,000 jobs in April. Economists had estimated that 995,000 jobs were added last month, according to a Bloomberg survey.

The unemployment rate rose from 6% to 6.1% as a large increase in the labor force — the number of Americans working or looking for jobs — offset employment gains, the Labor Department said Friday.

But other sectors had weak showings. Professional and business services lost 79,000 jobs, and retail lost 15,000 jobs.

Job growth is expected to boom in coming months as increased vaccinations lead more states to lift capacity limits at restaurants and other businesses. Oxford Economics reckons a record 8 million will be added this year.

President Joe Biden said Friday he’s not disappointed in the report, calling the figures evidence that the $1.9 trillion coronavirus relief package was necessary, and saying it will take a while to boost the economy.

“Today’s report makes clear: Thank goodness we passed the American Rescue plan,” Biden said, adding, the plan was designed to work “over the course of a year, not 60 days.”

“The climb is steep, and we still have a long way to go,” he said.

Violence against Asian Americans and Asians has grown despite increased national attention and political action against anti-Asian hate, experts say.

There was a more than 164% increase in anti-Asian hate crime reports to police in the first quarter of 2021 in 16 major cities and jurisdictions compared with last year, according to a report from the Center for the Study of Hate and Extremism at California State University, San Bernardino.

More than 6,600 hate incidents have been reported in the year after the pandemic began in the United States, Stop AAPI Hate announced this week. More than a third of those incidents were reported this March alone, according to the organization founded last year in response to increased targeting of Asian Americans and Pacific Islanders during the pandemic.

There have been several recent high-profile attacks. A man was arrested Tuesday after allegedly stabbing two Asian women in an unprovoked attack in downtown San Francisco. Over the weekend, two Asian women were attacked in New York City by a woman who demanded they remove their masks, then struck one of them in the head with a hammer, according to police.

The uptick in anti-Asian violence was first reported in March 2020 as COVID-19 began spreading across the nation and some politicians, including President Donald Trump, blamed China for the pandemic.

‘Islam’ is not in crisis, liberalism is | Opinions 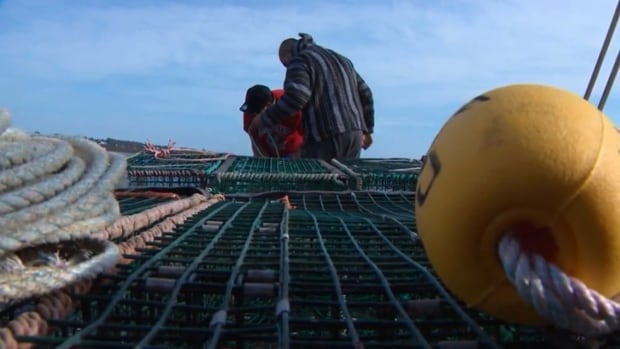