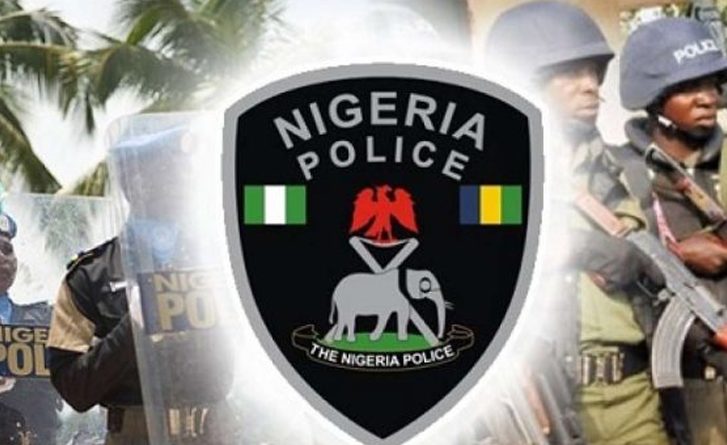 The police in Port Harcourt, Rivers State have come under severe rebuke following their claim that an auto-mechanic, Chima Ikwunado, who died in their custody, and four others arraigned for robbery and cultism, actually committed the crimes for which they were charged.

This came as a former aide to former Rivers State Governor, Chibuike Amaechi, Hon. Okey Okirie, also accused the police of threat to his life and called on President Muhammadu Buhari and others to intervene to allow him enjoy his freedom in the country.

In the eye of the storm is the Eagle Crack (E-Crack) Team of the Police domiciled at the Mile 1 (Rumuwoji) Police Station, Diobu, Port Harcourt

Ikwunado and four of his apprentices were said to be arrested by men of the E-Crack Unit, attached to the Mile 1 Police Division, while test-driving two cars they were repairing along Olu-Obasanjo Road and were charged by the police for robbery and cultism.

The auto mechanic allegedly later died as a result of severe torture while his four apprentices; Victor Ogbonna, Osaze Friday, Ifeanyi Osuji and Ifeanyi Onyekwere, were charged to court and are currently remanded at the Port Harcourt Correctional Centre.

But addressing journalists at the Ernest Ikoli Press Centre, Port Harcourt yesterday, Mr. Chinedu Samuel Ezenwarili, owner of one of the cars which late Port Harcourt-auto-technician, Ikwunado and four others were arrested for snatching, has denied reporting a case of stolen vehicle to the Rivers State Police Command.

Ezenwarili, said he gave his vehicle, a Toyota Camry saloon car, to the late Chima for repairs before he was arrested and charged for stealing same car.

He said: “On December 19, 2019, I gave my Toyota Camry with registration number JRV 29 SX to one Mr. Chima Ikwunado to fix my camber bushing and radiator coat. Chima was my mechanic and I have known him for more than two years.

“On December 20, 2019, I called his telephone line as prearranged but all my attempts to reach the said Chima Ikwunado via telephone proved abortive as his telephone kept ringing but he did not pick his calls. I got worried as to what must have happened because he was my trusted mechanic.

“The following day, I called Mr. China’s neighbour who told me that Chima was arrested by the Eagle Crack police team from Mile One Police Station for driving against traffic and he was being detained there.”

Ezenwarili, who was accompanied by his legal team, wondered why the Police released his vehicle to him and still kept late Ikwunado and others in detention until he died 10 days later.

He said he decided to speak to the Press in order to dissociate himself from the murder of an innocent man, saying he never reported any matter to the E-Crack police team.

Ezenwarili said: “I want the whole world to hear my story so that nobody will associate me with the blood of an innocent man. Chima never snatched my car and I never lodged any complaint in any police station.”

In a related development, Hon. Okey Okirie, former Special Adviser on Strategy and Statistics to former Governor of Rivers State, Chibuike Amaechi, has lamented threats to his life by operatives of the same E-Crack Unit operating from Mile !Diobu Police station in Port Harcourt.

Addressing journalists in Port Harcourt, Okirie said following the alleged threats and attacks by the policemen allegedly led by their Commander, Mr. Benson Adetunyi, he and his family now live like fugitives in the state.

He narrated that one of his business partners, one Nwabueze Emeghara, allegedly filed a fraudulent case against him at the E-Crack command to force him to release money meant for public project for his alleged embezzlement, adding that when he refused to release the money which would amount to fraud, they (E-Crack and Emeghara) all started harassing him and his family.

He said the money was for contract awarded his company for Niger Delta Development Commission (NDDC) road construction project in Edo State and that when he realised on getting to the site that the money he was releasing to Emeghara was not properly used for the execution of the projects, he stopped and decided to carry on the construction of the project himself which did not please his partner (Emeghara), hence he allegedly decided to use the E-Crack police team to force him release all the money in their company’s joint bank account.

Okirie, who was in tears, said his family had been separated just for their safety, adding that even when the matter is pending before the state High Court in Port Harcourt, the E-Crack police team continues to harass and threaten anyone who seem to be relating with him.

He said: “I am under serious threat. They go to my house beat up the security, seize their phones, check whether we are into any conversation with them. As I talk to you my life and family are in danger. We live like fugitives. On December 29, 2019 and on January 9, 2020 the E-Crack police team was in my house. Just last week Thursday, they went to the house when they did not see me, they invaded the house of the Chairman of the estate, called him out of his house and started flogging him. The policemen beat him to almost coma when the wife had to call senior police officers who came to rescue him from the E-Crack men.

‘If they can beat innocent person who did not commit any crime or have any case before then, that means when they see me or my wife that have been accused innocently, probably they might kill us.

“They might kill me and my wife and allege that we were killed during an exchange of gun battle. That is why I want to tell the world that Benson Adetunyi, his IPO, Insp Dominic Awusi and the Nwabueze Emeghara who reported are after my life and the life of my family. If anything happens I want the world to know since October 2019 till today (January 21, 2020) I have not step foot in my house. I live like a fugitive, my wife and I are running from one community to the other.”

He therefore called for the intervention of President Muhammadu Buhari, Inspector General of Police, Governor Nyesom Wike, Rivers State Commissioner of Police, Attorney General of Rivers State, Amnesty International and all other human rights community to come to his aid, saying that the police team have caused him and his family so much pains in the past months.

However, the state Police Public Relations Officer (PPRO), Nnamdi Omoni (DSP), said contrary to reports circulating on social media that the mechanic was tortured to death, reports from autopsy according to the commander of E-Crack, Adetuyi revealed that the victim died of high sugar level.

Omoni, who also confirmed the arraignment of four other suspects in the matter, said the suspects were already at the Port Harcourt Correctional Service and that the commissioner of Police has ordered investigation into the incident, which he said has already commenced.

He pleaded with family of the victim and members of the public to remain calm while the police conclude their investigation, assuring that those found guilty would be punished accordingly.

The Police image-maker said: “As a Command, we are aware of that incident and our attention has also been drawn to the online publication.

“The briefing we have received from the Commander of E-Crack, SP Adetuyi is that the man died in detention and they had to conduct autopsy on him and found that he died of high sugar level.

“He confirmed that all the people mentioned were arrested for crime and while they were in custody, Chima died. Others who were arrested with him are in court and they are in ATM.

“The Commissioner of Police has directed the DC State CID to review the matter and that has commenced already.

If at the end of the day they discover that cause of death is as result of negligence of our men either covertly or overtly, they will go in for it.

“We just want to appeal to members of the public and the family of Chima to please be patient with us. Let them give us time to get to the root of this matter.”