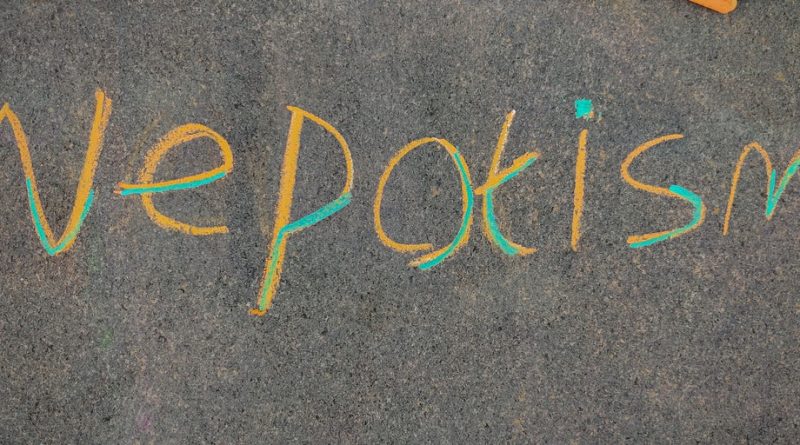 With the exception of markets like South Africa, in most of African countries we do not contend with racial issues in the same way that the African diaspora around the world does. But just because the majority in our societies are of the same race doesn’t mean that we can’t identify with other forms of prejudice and bias. Nepotism and cronyism, systems in which favouritism or preference is given to those with whom one has a relationship, are unfortunate examples of bias seen in our societies.

Some may be of the opinion that these other forms of prejudicial bias are comparatively inconsequential when seen in the context of the wider issues around racism in the global fashion community. But we believe it is important to speak out against all forms of bias regardless of that. While nepotism and cronyism are indeed very different to racism, they can also be damaging and hinder progress.

Our collective aim should be to create an environment that is free and equitable for all.

As they are an unfortunate part of wider society, these dual scourges manifest themselves in many ways across Africa’s diverse fashion industries. To understand how, we spoke with professionals across the fashion value chain and across different countries on the continent.

One reason that nepotism and cronyism are so prevalent in Africa’s fashion industries is that they are prevalent in leadership culture at the highest echelons of our society. “Much progress has been achieved in East Africa’s creative industries [but] we need more transparency, accountability, unity and healthy competitiveness,” says John Bunyeshuri, the founder of Kigali Fashion Week in Rwanda and other events across the continent in cities like Kampala, Uganda and Bujumbura, Burundi.

Some African nations have historically had nepotism and cronyism embedded in their power structures to such an extent that the fight for political power became a zero-sum game. In this context, the ability to curry favour expanded to all other aspects of society, including business and industry. While examples abound across the continent, Angola has most recently come under scrutiny.

The principal allegations there are that the former president, José Eduardo dos Santos, used his four decades of rule to enrich his family and in particular his daughter, Isabel dos Santos, who as a result became a billionaire and the richest woman in Africa. Her business interests in global jewellery supply chains, some of which are concentrated in Angola’s diamond mines, have recently put her in the spotlight as a campaign targeting corruption and family monopolies has been launched by her father’s successor.

Similar examples of cronyism are widespread among industrial elites across the continent. In the fashion sector, this can take the form of exclusionary practices in the tendering process or preferential treatment for access to the best retail locations in the continent’s shopping malls. On a smaller scale, hiring decisions and the giving of opportunities are done through closed networks, making it difficult for those outside these favoured circles to make inroads.

We need to work to ensure that the foundation on which our growing industry is built is strong and stable.

To be clear, issues of favouritism based on prior relationship are neither unique to the African fashion sector nor to African societies. Nepotism is a problem that exists to a greater or lesser extent in fashion circles and in other business sectors around the world. Indeed, some of the everyday accounts from professionals working in African markets would chime with those in Europe, Asia or the Americas.

For example, a source from Nigeria who worked for some time in fashion and lifestyle media shared their experiences of what it takes for a brand to get coverage. Decisions to publicise or put the media’s backing behind initiatives were almost always made first by how much money brands brought to the table, then by how well they knew those running the organisation. Only then did the media consider the merit or value of the offering to the reader or to wider society.

However ubiquitous cronyism and nepotism are in our industry or across wider society, it should not excuse these nefarious systems. From an ethical standpoint, bias should have no place in our industry. Our collective aim should be to create an environment that is free and equitable for all. From an economic perspective, the industry benefits most when the best talents are allowed to rise to the top. Only an equal playing field free of bias makes this possible.

Furthermore, when bias is present in the forms of cronyism and nepotism, it causes a lowering of morale because individuals feel that merit and hard work will not necessarily bring them success.

During our conversations with professionals in the African fashion system, we consistently heard the same sense of urgency echoed about weeding out these forms of bias. The time to do so, they say, is now.

“We are still young; we are still growing. We are still putting structures in place,” said Ami Yomekpe, the founder and creative director of Accra-based brand Mod, about Ghana’s fashion industry.

We believe that the emergent nature of some of Africa’s fashion industries is all the more reason to ensure that we take steps now to identify and correct those sour spots that may exist in our systems. We need to work to ensure that the foundation on which our growing industry is built is strong and stable by taking the lead to eliminate or at least mitigate all forms of bias, including cronyism and nepotism.

We know that the work to reduce bias and prejudice in Africa’s fashion systems must be done by those of us who operate in it but the international community can also help. It starts first by having an open dialogue and working to establish strong standards that will allow our industry to thrive in the long term.

Therefore, while this open letter is intended for the African fashion community, our recommendations are for the wider international fashion community — particularly at a time when the spotlight is on Black talent to showcase and amplify work from our communities. To mitigate the impact of nepotistic bias when scouting talent from Africa’s growing fashion sector, we recommend the following guiding principles:

We would love to hear from anyone with ideas about how to put these into practice. To help achieve the last principle, for example, we would like to offer an outlet. For those in the African fashion sector who have ever experienced bias or prejudice during the course of their work we want to hear and document your story so that we can better understand the issues you face and together move towards solutions. Stories can be submitted here with the option to remain anonymous. Alternatively, you can submit your stories through the Instagram page @BiasInAfricanFashion or Twitter account @BiasAfricanFshn.

While racial bias is rightfully at the fore of global attention and the fashion industry’s focus, it should not prevent us from examining other areas of bias prevalent across the global fashion industry – and that includes Africa. Rather it should encourage us to cast our nets further to examine and begin to dismantle these destructive forces of bias at work.

The views expressed in Op-Ed pieces are those of the author and do not necessarily reflect the views of The Business of Fashion.

How to submit an Op-Ed: The Business of Fashion accepts opinion articles on a wide range of topics. The suggested length is 700-1000 words, but submissions of any length within reason will be considered. All submissions must be original and exclusive to BoF. Submissions may be sent to [email protected]. Please include ‘Op-Ed’ in the subject line and be sure to substantiate all assertions. Given the volume of submissions we receive, we regret that we are unable to respond in the event that an article is not selected for publication.

The Power of African Brand Ambassadors

Putting Africa on the Fashion Map