In the latest in our Olympic Bonds series, Kiwi triathlete Ainsley Thorpe will have the brother who’s always been her inspiration there cheering her on when she competes in her first Olympics in Tokyo.

Ever since she could toddle, Ainsley Thorpe has followed in the footsteps – and the slipstream – of her big brother, Trent.

It’s become a legend in the Thorpe family that Ainsley won her first running race in nappies at the age of two.

“And I ran my first school cross country with my arm in a cast,” she says.

“I remember that,” says Trent, who’s two years older. “She had a broken arm and she still won.”  It would be the first in a long line of bad breaks Ainsley would bounce back from.

For as long as she can remember, she played every sport her brother would: “Except for soccer, because I thought it was a guy’s sport”. They’d be known throughout east Auckland as the siblings who won every school sports cup up for grabs.

Then when her brother first tried triathlon at the age of 17 – at the prompting of their grandmother – Ainsley followed six months later. After a crash course in cycling, they began to represent New Zealand together.

Now both siblings now on their way to next week’s Tokyo Olympics – Ainsley competing in the women’s triathlon and mixed relay event, while Trent is a team reserve.

The tables have turned, Trent says, and now he’s the one following his sister, as she leaps onto podiums at World Cup events and has a world title to her name.

“I guess I’ve been a guiding hand since when she was little through to where she is now. I led the way and she followed me,” Trent, 25, says. “But now it’s flipped around – Ainsley is representing New Zealand on the world’s highest stage, so this time round, I’m learning from her.”

But Ainsley – one of the few athletes at these unusual Olympic Games who can say she’ll have family there watching her compete – can never forget the influence of her brother.

“I’ve pretty much followed him my entire life to get where I am,” she says.

Although there’s always the chance Trent could be called on to compete in Tokyo if one of the Kiwi men becomes injured, it’s the Thorpes’ more realistic goal to compete side-by-side at the 2024 Olympics in Paris. “To medal in the same event would be a dream come true,” Ainsley says.

When Trent isn’t living and training in Brisbane, he shares a house with Ainsley in Cambridge. It’s not far from the Avantidrome where she trains.

“I’d say I’m the better cook, but Ainsley is more organised than me,” Trent admits. They’ll train together – “on easy days, rather than hard, as I can’t keep up,” laughs Ainsley.

But on the world triathlon circuit, it’s Trent who’s trying to keep pace with his little sister.

She first stepped onto the World Cup podium in 2019, the third elite woman home in Antwerp, and that same year was part of the New Zealand team who won the world triathlon series in Edmonton and then the U23 world championship title in the mixed team relay in Lausanne.

The Oceania sprint champion in 2020, Ainsley is in strong form going into Tokyo after making the podium in three Oceania events in Australia last month.

Trent had no doubt his sister would make the New Zealand team for these Olympics, one of two women along with Nicky van der Kaay. But his selection as the men’s reserve came as a shock.

“It was a happy feeling – I wasn’t expecting this at all,” he says. “I knew I hadn’t achieved the results in the last two years to get a spot [to compete] because I’d had a few accidents and a few injury niggles.  But I knew that they knew I have the potential to do well and I can perform when I’m fit and well.

“I’m so grateful for the opportunity. I know other people might deserve it over me, but at the end of the day I’ve stepped up and made a decision to help the team. And I wanted to come and support my sister.”

Ainsley was thrilled when Trent was named as well: “I was like ‘Oh my God you’re actually going to come to the Olympics and watch!’” she says.  “Well, I hope you get to watch; I hope you don’t have to sit in your hotel room and see it on TV.”

“Fingers crossed,” he says. “We don’t really know the rules yet. Maybe I can be the water bottle boy out on the road?”

If he can get out on the course around Tokyo’s Odaiba Park (with its replica Statue of Liberty), Ainsley will certainly hear him. “I’m definitely the biggest screamer for Ainsley,” he says.

“Mum’s pretty loud too,” Ainsley adds. “But when you’re competing overseas, and Mum and Dad can’t be there, Trent is usually always there cheering me on. It’s so cool.”

Two of Team Thorpe’s biggest fans are their grandparents, Tony and Maureen Barbarich. They have homes in Half Moon Bay and Cambridge, so catch up with their grandkids often.

“I don’t know what I’d do without Nana and Grandad,” Ainsley says. “They support us so much. We wouldn’t be able to afford to do this if it wasn’t for their help. It’s an expensive sport, which is the hard thing about it.”

The Thorpes pride themselves on being a tight-knit family who all gather around the dining table for a meal, at least when they’re all in the same city.

The eldest of John and Julie Thorpe’s children, son Marcel, is also a sportsman – he runs the Cockle Bay Tennis Club in east Auckland.

Both Trent and Ainsley have always looked up to their big brother. “Now he’s married with two kids, a wife and a house, which is quite a contrast to us,” says Trent. “I can’t see myself in his shoes in five years’ time though.”

It was Marcel’s interest in athletics that first drew his siblings into sport (and why Ainsley won that first race in nappies).

While they made their mark in cross country running, the Thorpes were also strong in swimming, Trent in particular.

“I was a swimmer growing up too, but I never medalled at nationals like Trent did,” Ainsley says.

Although he was good, Trent was never at the level he needed to be to “make something of myself as a swimmer”. It was their Nana Maureen who came up with a solution that changed both teenagers’ direction.

“Nana showed me an article in the newspaper saying Triathlon New Zealand were scouting for swimmers and runners,” Trent says. “So I told them my times in swimming and gave a rough estimate of my running ability, and I got called up straight away.

“I went to my first camp and I hadn’t even started cycling. They put me in the programme, gave me some helpful pointers, and pointed me in the right direction of coaches. And the rest is history.”

Ainsley was six months behind him, picked in a national talent squad after a camp at the Millennium in Auckland.

“We both got picked. And no one knew us at all,” she says.

It was tough, Ainsley remembers, but not in a physical way. Small for her age (“I’m still pretty short,” she laughs), she was also very shy.

“We went to camps every holidays but it took me a while to warm up to everyone,” she remembers. “I didn’t know how to ride a bike either and they all had the flashest bikes. Mum and Dad had bought me this $800 bike.”

“It was a steel bike. It was heavier than a mountain bike,” Trent recalls.

“Yeah, everyone else had carbon bikes,” Ainsley says. “And I was like ‘Mum this is embarrassing’. It was terrible; I didn’t want to go. But then I realised it was actually good to train on a heavy bike. So when I got on a lighter bike, I was fast.”

Ainsley was teamed up with local coach Bruce Hunter – who’s still her coach today (and now the national programme coach at Triathlon NZ).

While Ainsley’s career took off, it was frequently interrupted by injuries. She broke her shoulder two weeks before the 2016 junior worlds in Florida, and the following year broke her leg, tripping over her bike, on the eve of the 2016 world champs in Mexico.

She’s had a string of stress fractures too. “I’m in bubble wrap now,” she says.

It’s her resilience and determination that inspires her brother. “Even with her accidents, Ainsley’s been the one to stick it out and keep improving,” Trent says.

“I just remember watching her sprint to win in Devonport in 2020 [the Oceania sprint championships], and thinking ‘Wow Ainsley’s come a long way in just two years’.”

Ainsley reckons she’s been a hard trainer ever since she was young. “If you ask my old coaches or people I used to swim with, I was the one who always turned up, did the session properly, and felt guilty if I missed two laps of the pool,” she says.

“Trent’s very determined and competitive too. He’s a really hard trainer, and sometimes he probably pushes himself to the extreme. But he’s helped me more through my career than I’ve helped him.

“Even though I’m younger, it’s probably been easier for me to get where I am. There aren’t as many girls as there are guys in triathlon, so they have way more competition. Trent is as talented, if not more talented, than me.”

Ainsley is already inspiring the next generation of Thorpe athletes. Her three-year-old niece, Scarlett, loves running after watching her aunty compete last summer.

New Zealand track cyclist and Olympic silver medallist, Ethan Mitchell, who will be competing in Tokyo, is also Scarlett’s uncle.  “So Scarlett has an aunty and an uncle to watch at these Olympics,” Ainsley says.

And another uncle cheering loudly – from somewhere in Tokyo. 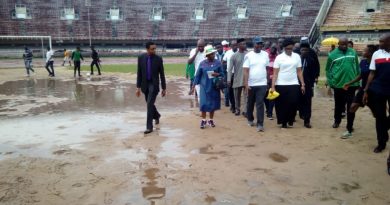