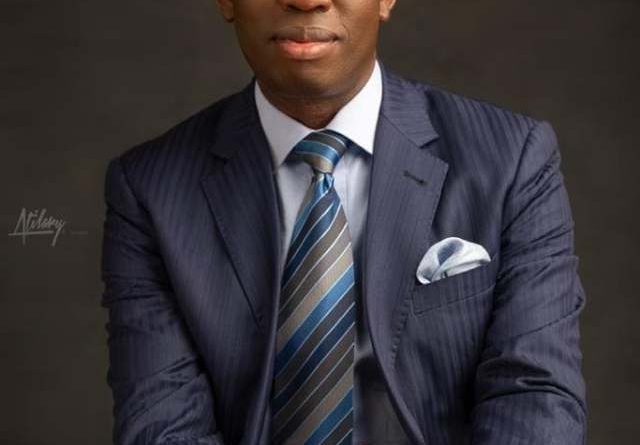 Early this year, the International Monetary Fund, IMF, predicted a rash of pay cuts in global public finance amid the Covid-19 pandemic. The prediction has come true across the world. Okowa’s Delta State, one of the top oil-producing states in Nigeria, recently announced a pay cut for political appointees and civil servants of Grade Level Seven and above. But it would last for only six months starting from July 2020.

For a state that reviewed the minimum wage without fuss and even back-dated its implementation by four months, this must have been a very hard decision to take. Listening to Chiedu Ebie, Secretary to the State Government, make the announcement, it was obvious that Governor Ifeanyi Okowa, famed for his fiscal prudence, had to bend over backward to take the hard but inevitable decision.

But it was not a unilateral decision. The entire machinery of the state government had to agree with labour to arrive at the decision.

By this, Delta State joins other states and federal parastatals in Nigeria in effecting pay cut in order to sustain public expenditure and ensure continuous implementation of capital projects. Wage cut occasioned by Covid-19 is not new. It’s far better than mass lay-offs as experienced across the private and public sectors around the world.

Pew Research, a respected global research organisation, says about three in 10 US citizens have either lost their job or taken a pay cut due to the pandemic. Nobody saw Covid-19 coming. The best of socio-economic forecasters did not spot it in their radar. It hit the world with a seismic bang. And the effects have been cataclysmic.

It saw the best of economies in Europe, the Americas and Asia buckling on their knees. It saw the cream of the corporate world furloughing staff, downsizing, offering pay cuts to staff if they must keep their job.

Covid-19 came with a special recipe for disaster. It came tasking the managerial and administrative skills of world leaders, administrators of public finance and chief drivers of hitherto best-run corporate organisations.

The best of global corporations, namely: Amazon, Walmart (the largest private employer in the US), Disney, Uber, have had to furlough employees, introduce pay cuts, or engage in outright lay-off of employees. Those in travel and leisure business are among the worst hit around the world. Air Canada, British Airways, Lufthansa, Boeing (US aircraft manufacturer) among other top blue chips were brought down by covid-19 and they all, without exception, had to adopt some austerity measures to stay in business including lay-offs, furlough and closure of branches.

IMF studies have shown that in moments of emergency such as we have in covid-19, wage adjustments always yield fiscal relief for governments at all levels. It frees up funds to tackle the emergency as well as sustain capital projects financing.

Paraguay has had to cut 10 to 20 percent of public overhead; Uruguay creamed off 20 percent of salaries to fund Coronavirus expenditure. San Marino, Burkina Faso, Costa Rica, Vietnam and many other European and Asian nations have had to creatively take prudent fiscal measures to keep their economies afloat.

This is the sense in which the Delta State interim fiscal measures amount to Governor Okowa taking the bull by the horns. Delta State has a huge wage bill with a huge civil service population. Conservative estimates placed the monthly wage bill of the state at N7.7 billion and a civil service community of over 48,000 personnel.

One major blow the pandemic dealt to global economy is the sharp drop in crude oil price. Nigeria being a mono-product export economy (Crude oil) is among the worst-hit nations.

Aside price drop, there was a global glut in crude supply necessitating OPEC and OPEC+ nations to agree to cut in crude production. Nigeria’s production slumped from 2.3 million barrels per day to 1.4 million. The direct translation is low revenue for all tiers of government.

The lockdown arising from the pandemic also meant that commercial activities were shut down. This gravely affected internally-generated revenue in Delta as it did in other states. And when you consider that Delta budget had to be reviewed downward by N113 billion (28 percent slash), then you get the sense in the government introducing interim fiscal measures to sustain public expenditure, meet overhead and personnel expenditure obligation as well as sustain financing of capital projects.

Governor Okowa in his avowal to bequeath a stronger Delta has embarked on many critical infrastructure projects. He was bullish with road construction and sundry infrastructural development in his first term including building roads in far-flung islands in the state; constructing bridges to link hitherto isolated littoral communities.

He even earned the moniker Road Master as a testament of his peerless effort in road construction. He has continued on the same path this term, matching his dream of a stronger Delta with infrastructural development in education, healthcare, housing and agriculture.

It’s a tough decision but it is one chiefly in the interest of the people. This is the time leaders would lean on their public finance management skills. Okowa is doing just that. The good thing is that this is not forever. It’s for a period of six months. And it does not affect low-income staff below Grade Level seven.

Again, it’s a decision that was not thrust down the throat of the civil servants. The government applied emotional intelligence and got organized labour involved. This makes the burden lighter. The people knew why they had to make the sacrifice. They also got the assurance that it was for a period of six months.

Governor Okowa, popularly called Ekwueme (Promise Keeper) by Deltans has led an administration that is firmly committed to the welfare of its workforce and interest of residents of the state. The quest to make good medicare accessible to all irrespective of age and gender stands Okowa out among the pantheon of governors.

Over the years, he has demonstrated this commitment to people’s welfare by making Delta one of the few states in the federation to have timeously and fully implemented the new minimum wage which became operational in November 2019.

Deltans attest to Okowa’s humanity in more ways than one. He has consistently demonstrated that his social contract was with the people of Delta and he’s working hard to make the state a better place for all.

Therefore, the wage review, albeit a painful and difficult decision, should be seen for what it is: an inevitable and necessary recipe to keep the state afloat at these times. A good leader knows where to take his people.

In doing so, he may take some hard decisions but at the end, it is the people who profit from such tough decisions. The funds to be mopped up during this six months will speak good for the people of Delta State. And that is leadership.