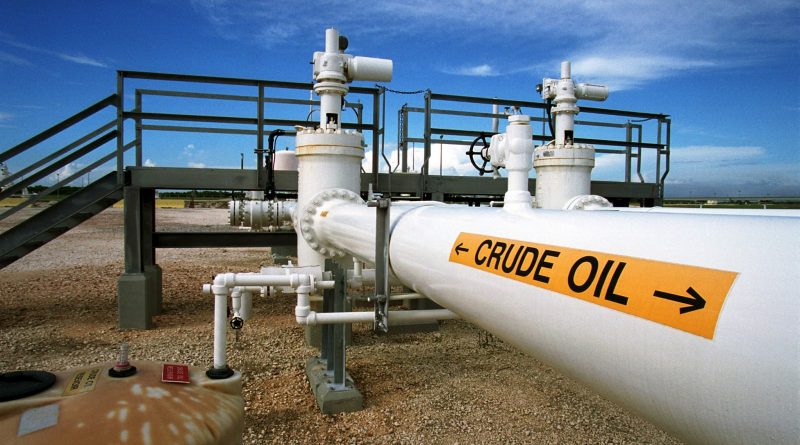 The debts owed by oil and gas companies to Nigerian banks rose by N90bn in the second quarter of this year to nearly N5tn as many operators struggle to stay afloat in the face of depressed prices and demand.

Nigerian banks saw their credit to oil and gas companies rise to N4.95tn as of June this year from N4.86tn in March, with more than five per cent of the loan said to have gone bad.

The N4.95tn represents 26.30 per cent of the N18.82tn loans advanced to the private sector by the banks as of the end of June, according to data obtained from the National Bureau of Statistics.

Oil and gas firms, which received the biggest share of the credit from the banks, increased their debts by N370bn in the first half of this year from N4.58tn in December 2019.

The NBS data also showed that N268.79bn of the loans advanced by banks to the oil firms were recorded as non-performing as of June.

The recent collapse of global oil prices and demand on the back of the COVID-19 pandemic has continued to take a huge toll on operators in the nation’s oil industry, triggering job losses and suspension of projects.

Chevron Nigeria Limited said on Friday that it would slash its workforce by 25 per cent as it was reviewing its manpower requirements in the light of the changing business environment.

The oil major said it would continue to evaluate opportunities to improve capital efficiency and reduce operating costs.

Shell, in an update to the market last Wednesday, announced plans to cut up to 9,000 jobs globally by the end of 2022 as it adjusts to the COVID-19 price collapse.

The nation’s oil and gas sector saw its contribution to the economy tumble in Q2 to 8.93 per cent from 9.50 per cent in Q1 as it recorded negative growth.

With the crude oil market likely to remain depressed for the rest of 2020, some oil servicing companies in Nigeria may eventually go bankrupt, according to Agusto & Co.

It noted that several key projects in Nigeria had been suspended, adding that delays in sanctioning these projects would impact the nation’s oil and gas servicing industry’s near to medium-term performance.

“Owing to prevailing difficulties in the operating terrain, a number of operators in Nigeria including international and indigenous companies have slashed contractor rates by up to 50 per cent while capital budgets have been reviewed downwards by an average of 20 per cent,” it said.

The report said, “Agusto & Co. expects the crude oil market is likely to remain depressed for the rest of 2020. It expects a huge number of job losses, while some oil field servicing companies may eventually go bankrupt.

“Legacy debt obligations, coupled with a likely spike in the impairment of newly acquired debt, could lead to a massive deterioration in the financial condition of oil and gas servicing companies.”

Economic Confidential had reported in April that the coronavirus-induced sharp fall in global oil prices posed a threat to the ability of oil and gas firms in the country to repay their debts to banks.

The Central Bank of Nigeria said in March that it had given all Deposit Money Banks leave to consider temporary and time-limited restructuring of the tenor and loan terms for businesses and households most affected by the COVID-19 outbreak, particularly those in the oil and gas, agriculture and manufacturing sectors.

A global credit rating agency, Moody’s Investors Service, said recently that banks in Nigeria would face weakening loan quality and foreign-currency liquidity as low oil prices and the pandemic weighed on the economy.

“Banks’ exposure to the oil and gas industry is substantial, at around 27 per cent of total loans at the end of 2019, making the system susceptible to the oil price slump.”

Coronavirus cases remain on the rise in much of the world entering flu season, including Europe, and concerns are increasing that global crude oil supplies and demand could again fall more out of balance, according to S&P Global Platts.

“The persisting volatility in global oil prices, which is likely to continue beyond the end of 2020 as indicated by the deliveries in the oil futures market, signposts the likelihood of a disorderly global recovery,” the Monetary Policy Committee of the CBN said last month.